Luxury Yacht With Helicopter And Submarine

Luxury Yacht With Helicopter And Submarine

River cruise line Scenic has revealed plans for a luxury mega yacht, capable of sailing the Arctic and Antarctica

A new mega yacht, capable of sailing in polar waters carrying two helicopters and a submarine, sounds more like a millionaire’s toy than a cruise ship. 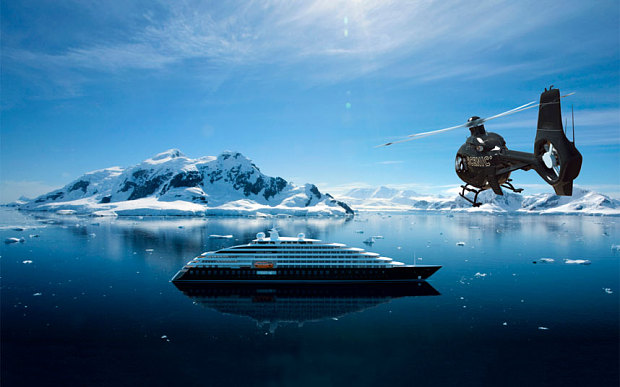 But a cruise ship she is. Described as the world’s first discovery yacht, Scenic Eclipse is being built by Australian tour company Scenic for launch in August 2018. She will carry 228 passengers and almost the same number of crew to look after them.

All cabins will be suites with balconies and butler service. None is smaller than 32 square metres. At 233 square metres, the two-bedroomed Owners’ Suite – the best room on board - is bigger than a tennis court.

Eclipse will have six places to eat including French, Pan-Asian and Italian restaurants, a heated pool with retractable roof, a 240-seat theatre and a spa. For those keen to stay in shape, a gym has a yoga and pilates studio. 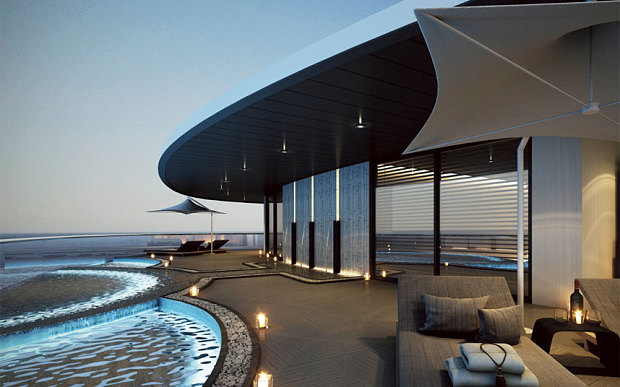 Scenic Eclipse is being built in Croatia and will sail the Mediterranean, Northern Europe, the Caribbean and Americas, and also to the Arctic and Antarctica. She will carry 12 inflatable Zodiacs (tenders) to take passengers ashore in remote locations, as well as kayaks, snorkelling and scuba equipment.

She will have a double hull rated Ice Class 1A Super for sailing in the polar waters, two separate engine rooms and zero-speed stabilisers that are 50 per cent bigger than normal to improve stability and work even when the vessel is stationary. These should make for a less rocky ride in areas such as the notorious Drake Passage to Antarctica. 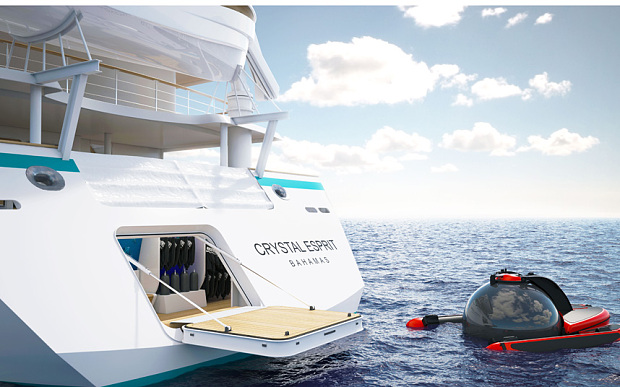 Passenger numbers will be reduced to 200 when sailing in polar regions to give everyone more time ashore. In these regions landings can only be made by Zodiac; in Antarctica a maximum 100 people is allowed ashore at a time.

Scenic started as an escorted tour operator in Australia in 1986 – this year it celebrates its 30th anniversary - and in 2008 it launched its first European river cruise vessels, styled Space Ships because of their size.

By the end of this year the company will have 21 river ships (including its first two in Asia launching this year) across two brands. Emerald Waterways, a sister company to Scenic, launched in 2014. 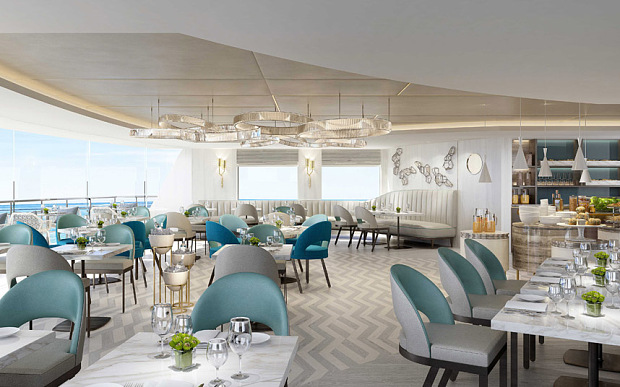 Both companies include flights, transfers, shore excursions, crew tips and Wi-Fi in the price, but Scenic goes a step further. Its prices also include soft and alcoholic drinks at all times, and also a choice of excursions at most ports.

That all-inclusive pricing model will be carried over to Scenic Eclipse, even down to the choice of excursions at each port (but the helicopter and submarine will cost extra).

That is unusual as the majority of cruise lines charge for tours as well as drinks and tips.

Exceptions include Viking Cruises, the river cruise company, which launched an ocean-going ship in 2015 and offers one free tour at each port, with others available at a price. It serves free drinks at lunch and dinner but tips are an extra expense.

Crystal Cruises, which owns two ocean-going ships, launched Crystal Esprit, a 62-passenger yacht, just before Christmas. Its fares include one or two free shore excursions at most ports, and also drinks and tips.

Scenic Eclipse will sail a maiden voyage from Istanbul to Venice on August 31 2018. Prices and itineraries will be revealed when she goes on sale next month.

This article was written by Jane Archer from The Daily Telegraph and was legally licensed through the NewsCred publisher network.