India has a plethora of magnificent heritage hotels: Rajput palaces built into the ramparts of massive medieval forts; Art Deco homes designed by British engineers for modernising Maharajas, and Mughal flights of fancy drawing inspiration from Persia. When their aristocratic owners lost their privy purses in 1971, the savvy ones began taking in guests to help pay the bills. Others leased their ancestral piles to establish hotel groups such as Taj and Oberoi which could raise the money to restore them to their former splendour. Here are 10 of the country’s best heritage hotels. 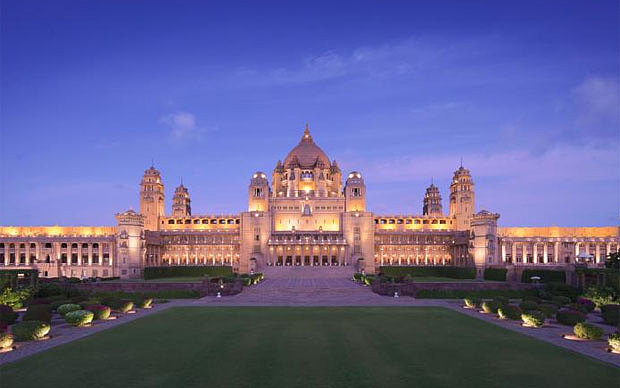 The Maharaja of Jodhpur still lives in part of the 347-room Umaid Bhawan, built in the 1930s. The palace, topped by a 100ft-high dome, was to be the symbol of a new modern Jodhpur and gave employment during a great famine. Today, half of the palace has been turned into a hotel, managed by the Taj group, including the former library and billard room.

Bedrooms are delightful Art Deco suites and there is a swish subterranean spa. The terraces of the Sunset Pavilion and the Pillars restaurants have gorgeous views across to the blue-washed old city. You can dine on steak and pasta here but Indophiles opt for the hotel’s legendary thali curries in the Risala restaurant. Non-residents can also dine here (there’s an extra cover charge) and also visit the palace museum (entry £15). Double rooms from £360 including breakfast. 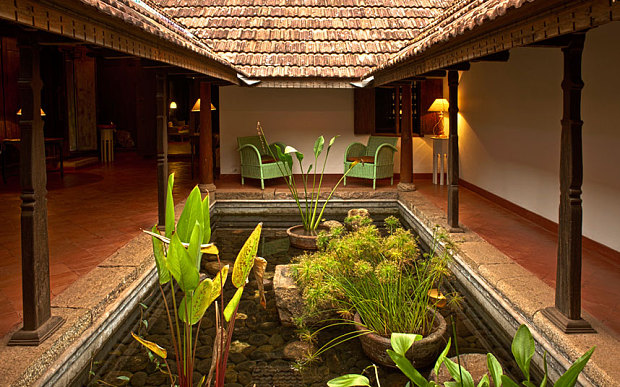 Tucked away in the Western Ghats north of Madurai, this traditional Keralan palace was once owned by the Maharajas of Travancore. Ingeniously constructed so it could be moved, it was re-erected on this working coffee estate in neighbouring Tamil Nadu by British philanthropist Jeremy Fry in the 1990s.

Rajakkad is now run by his son Francis, a horticulturalist, with a passion for organic food sourced locally. The eight light, bright rooms open on to lush gardens and, in February, the heady scent of coffee in flower. Meals are served al fresco whenever possible and there’s a choice of spicy South Indian and Mediterranean dishes including some inventive salads. A perfect base to relax, walk in the hills and bathe in waterfall pools deep in the jungle. Double rooms from £135 including all meals. 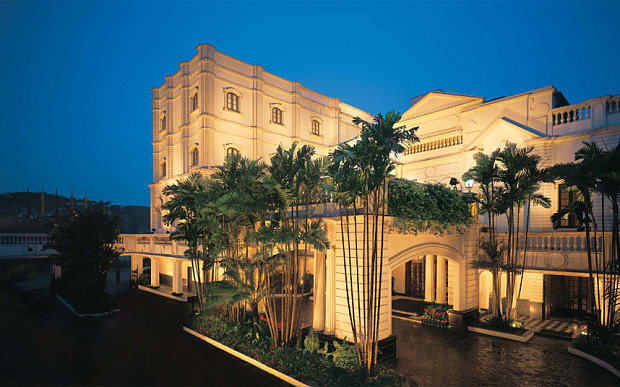 This is my favourite city hotel in India. Built by an Armenian entrepreneur at the turn of the 20th century as a grand gesture, its white colonnaded facade overlooks the Maidan, the city’s green lung. As you would expect from an Oberoi hotel, the service is superb, and - unlike many Indian hotels - the staff don’t hover for tips.

Bedrooms have the air of staying in a gentleman’s club: dark polished wood, plush silk-covered sofas and marble bathrooms. At its heart is a peaceful courtyard with a pool where staff will serve light suppers and drinks in the evenings. There’s also an excellent Thai restaurant. The concierge can arrange “Oberoi Experiences” including guided city walks and talks by staff on Bengali cuisine and Indian wines. Double rooms from £170 including breakfast. 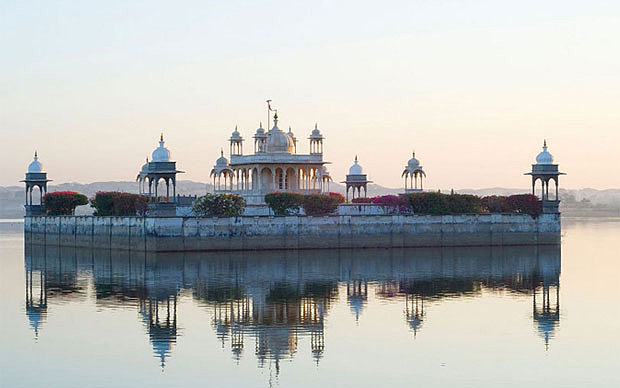 This beautiful 19th-century palace stands on the lakeshore in the historic town of Dungarpur, a couple of hours south of Udaipur. Its owner, the Maharaja of Dungarpur, has renovated the rooms with great flair, preserving many of the original Art Deco furnishings in the 20 guest rooms, including the 'English’ bathrooms.

The owners often join guests for drinks or dinner which is served at one long inlaid marble table facing a medieval Hindu temple built into the fabric of the palace. The Juna Mahal, the family’s old palace up the hill, contains some of the finest domestic murals in India. Double rooms from £100 including breakfast. 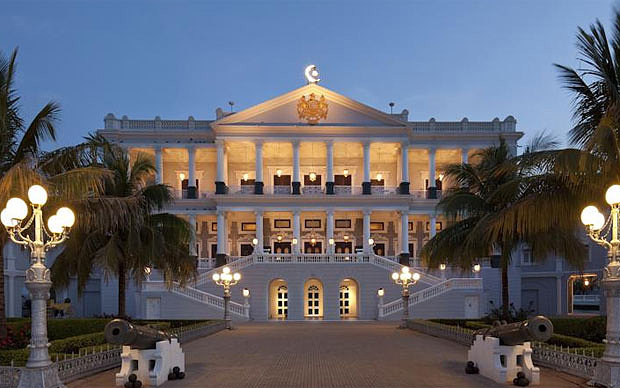 Built in the 1890s in a flamboyant Classical style, the Falaknuma became the principal residence of the super-rich Nizams of Hyderabad. After Independence it was simply closed up. A decade ago the Taj group aided by Esra Jah, former wife of the eighth Nizam, chased out the rats and the spiders and began a sensitive restoration replicating the original fabrics and carpets. The 60 bedrooms are refreshingly simple and elegant compared to the over-the-top public rooms.

There are fine views over the city from the Aada restaurant which specialises in Hyderabadi slow-cooking. The eclectic state rooms contain the world’s longest dining table, exquisitive Chinoiserie, and a replica of Windsor Castle’s library. Non-residents can join the regular guided palace tours if taking lunch, afternoon tea or dinner. Double rooms from £265 including breakfast. 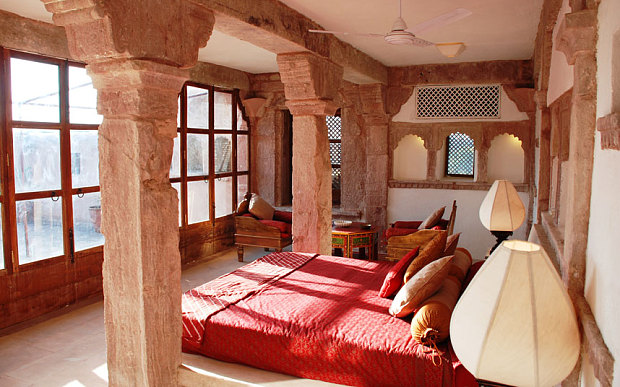 It is worth a journey to stay at this small hotel on the edge of the Thar Desert. It stands inside Nagaur’s 500-year-old Ahhichatragarh Fort which has been painstakingly restored over many years by the Maharaja of Jodhpur. The stylish rooms and suites occupy 10 pillared sandstone havelis set around courtyards and originally the domestic quarters of the Maharaja’s queens.

There’s a choice of two restaurants: an open-sided pavilion and a cosy indoor dining room for cooler evenings, serving both local specialities and international dishes. What makes this place so appealing is the special access, outside of public opening hours, to wander through the exquisite painted pavilions with their rooms of vivid frescoes and the Mughal pleasure gardens for which the fort is justly renowned. Double rooms from £230 including breakfast. 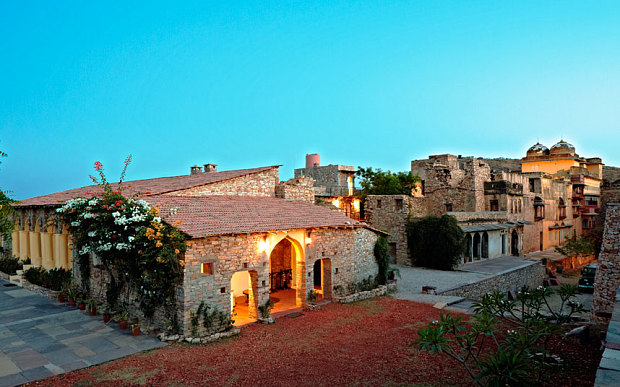 This 17th-century fort stands high on a hill in rare wilderness. Ravi and Gitanjali Rajpal, descendants of its original Rajput builder, have restored part of the vast complex to create six stylish suites, sitting and dining areas. There are also six luxury tents set out on a lawn below the ramparts. Each is beautifully designed with a spacious en-suite bathroom and the level access makes them suitable for wheelchair users.

On the ramparts there are sun loungers with glorious views over lakes and forests full of bird life, the hotel’s walled vegetable garden and a whirlpool tub in a turret. The Rajpals often host pre-dinner drinks creating a convival atmosphere. The food is simple, fresh and tasty. Hotel-appointed guides take guests on village walks, birdwatching boat trips, and longer treks into some spectacular gorges. Double rooms from £175 full board. 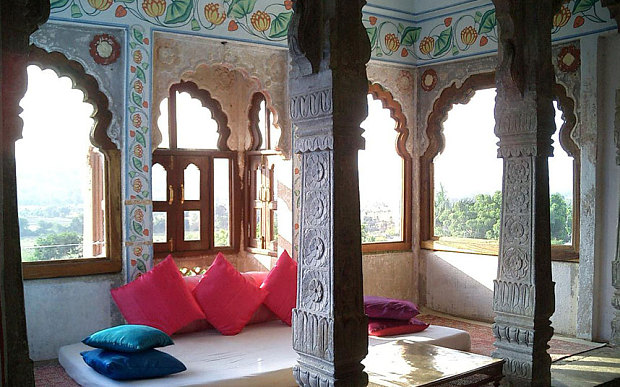 The flamboyant Narendra Singh is the 13th generation of the Rajput family to occupy this rambling 16th-century castle in a beautiful fertile valley in southern Rajasthan. The hotel is popular with adventure travel groups but it never feels crowded and there are peaceful corners of the gardens and rooftop terraces to lose yourself in a book.

The family maintains a stable of Marwari horses and can arrange guided rides, birdwatching and jeep safaris. Rooms vary enormously from simple standard doubles to delightful heritage suites once used by the family (who now live in a modern house in the grounds). The buffet dinners are delicious: a combination of freshly barbecued meats and traditional vegetarian dishes. Double rooms from £70 including breakfast. Built by an 18th-century warrior queen, Ahilya Bai Holkar, guests are now hosted by her descendant, Richard Holkar, and his longstanding staff for whom nothing is too much trouble. The rooms are arranged in elegant half-timbered buildings that sit atop the fort walls. From the ramparts, you can watch life along the holy Narmada River far below, or take a sunset boat ride downstream past the Shiva temples. Dinners are candlelit and the venue moves each night to another magical location in the gardens.

The food is superb; a mix of European and Indian dishes (Holkar has written cookery books). Guests dine together at tables for six so there’s a sense of joining a house party. The village is a pretty, traditional place full of pilgrims and silk weavers. This really is one of the loveliest places to stay in all of India. Double rooms from £400 including full board and all drinks. 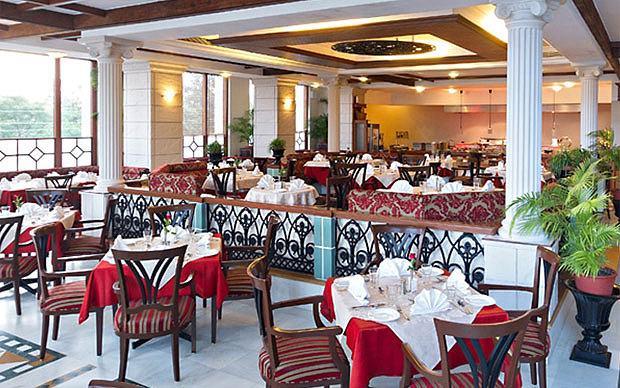 A handsome low-rise building set around a large pool, this is the most comfortable place to stay in Bhopal, jumping off point for the wondrous early Buddhist site of Sanchi. Built in British colonial style in the 19th-century by General Obaidullah Khan, son of the ruling Begum, it was converted into a 100-room hotel in the 1980s by his grandsons.

A fascinating collection of family photographs lines the walls of the old wing. At dawn, racehorses still thunder along a training track that wraps around the hotel. The spacious, modern rooms open on to a large pool. The food is excellent with both European and classic Mughal dishes served in a canopied outdoor restaurant. Double rooms from £93 including breakfast.

This article was written by Gill Charlton from The Daily Telegraph and was legally licensed through the NewsCred publisher network.