It seems that we've all seen Paris even if we haven't made the trip yet. From the towering spire of the Eiffel Tower to the watchful gaze of the Notre Dame's gargoyles, the City of Love has been immortalised. And even though we've marvelled at her street corner cafes and the commanding facade of the Arc de Triomphe on the silver screen or in the pages of our favourite books, her beguiling charms insist on a visit. So much so that Paris continues to top the lists of travellers across the globe, with many falling in love and returning for a second, third or even fourth visit.

2015 saw a record number of tourists visit Paris. Approximately 22.2 million in fact. And though it's completely understandable that droves flock to her arrondissements, it can make for some pretty hectic sightseeing. That is, unless you know how to see Paris away from the crowds ... 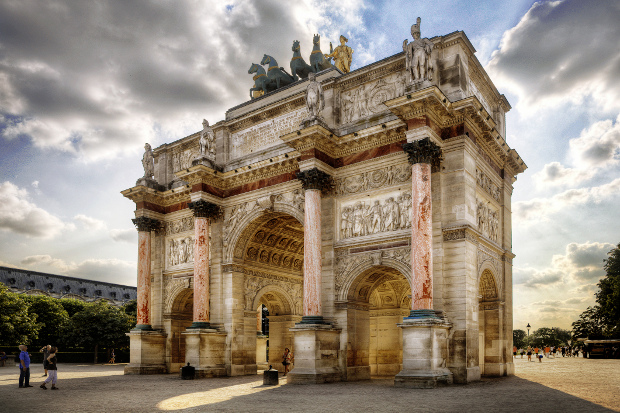 If you absolutely must see all of Paris's most famous sights but can't stand the thought of shoulder to shoulder crowds, you may want to look into your private tour options. Be whisked around the city in smaller groups or spring for access exclusive to you and your travelling companions only. Even if you're heading somewhere notorious for crowds, rest assured your guides will know when and where to go to avoid the bustle.

Not only will private tours keep you away from the crowds, but they can also provide the expertise of local guides. Take the Louvre for example. Touring the expanses of the world's largest museum can be daunting, but with the help of a guide, you'll know where to go to see the best artworks. This includes many that other travellers would never consider. You'll gain local insight and knowledge while often seeing the city from the perspective of those that know it best. 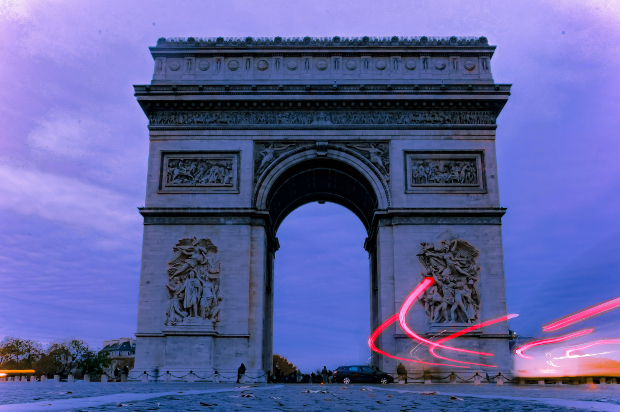 This Instead of That

Sights such as the Eiffel Tower have a certain appeal that is hard to pass up, but that's exactly why they draw the biggest crowds. Luckily Paris is teeming with incredible landmarks that offer similar experiences, which means you can escape the crowds without sacrificing your experience using the 'this instead of that' approach.

For those that want to take in incredible views, skip the Eiffel Tower and get to the Arc de Triomphe. There aren't nearly as many people but the views are equally incredible. Plus, if you time it just right, you'll get to see the Eiffel Tower as it lights up at dusk!

Paris is known for the Louvre, but the crowds can get pretty intense. This is especially true around the more famous artworks. If it's more about experiencing art over seeing specific works, choose one of the many less travelled museums. The Musee d'Orsay, petit Palais and Musee Picasso are all just as impressive.

If you're more of an outdoorsy traveller, you've probably heard of the Luxemburg Gardens. While beautiful, certain areas can get overcrowded. Opt for less travelled spaces in the park, or get to the Rodin Gardens outside the Musee Rodin instead.

And, if you absolutely have to get to the top of the Eiffel Tower, there are a few tips to do it without spending half your day in line. Getting there early is a given, but once you arrive, check out the stairs instead of the elevator. You'll likely skip a long line and enjoy beautiful views as you walk up to the second floor. From there, the elevator lines to take you to the top aren't nearly as long. 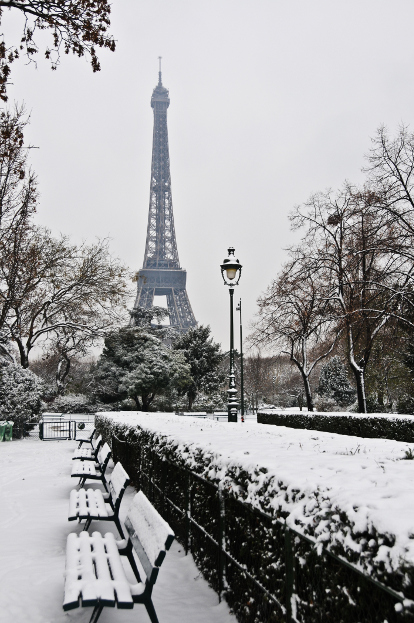 Finally, seeing Paris without the crowds is possible if you plan your entire trip just right. This approach takes a bit more consideration than those above, but it can pay off in dividends!

First and foremost, avoid the high season. The Parisian summer sees the most tourists, so avoid travelling from June through August. If you really want to avoid the crowds, consider a winter trip. January or February is the lowest tourist season for Paris. Though it is cooler, it's all the more reason to linger over that chocolat chaud at a quaint Paris cafe. Plus, Paris in the snow? Tres romantique!

There's something to be said for which day of the week you decide to sightsee in Paris. For example, many claim the Louvre is quieter on Wednesday and Friday. Saturdays are likely to be busy anywhere you go in Paris, and Sundays will see many spots close for the day. Most landmarks remain open, but shops will not.

Daily timing is also key while you're travelling. Using a little common sense, you can time your landmark visits to avoid the rush. For example, the Louvre is quietest early in the mornings and later in the evenings. The Eiffel Tower lines are shortest around early evening, when most people are eating dinner. Monmartre and the Sacre Coeur are least busy before midday, and if you're in line at Notre Dame before 10am, you won't be waiting all day.