The Best Scenic Flights Around The Globe

The Best Scenic Flights Around The Globe

Let’s slip the surly bonds of Earth, as aviator-poet John Gillespie Magee once wrote, and take in the world’s wonders from above with these spectacular scenic flights around the globe. 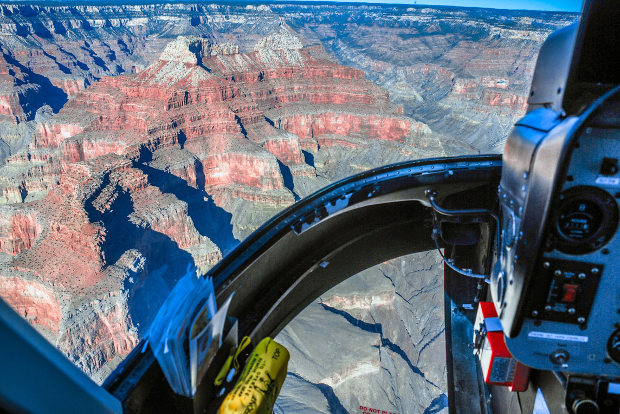 They don’t call it Grand for nothing – movies have been made about it, books have been written about it, heck, even the Brady Bunch went there. But there’s only one way to really fathom its grandeur – from the air. Carved by the mighty Colorado River, the Grand Canyon sits within the US state of Arizona and covers an area 466 kilometres long and 29 kilometres wide, boasting towering cliffs, million-year-old rock formations, and native American artefacts. There are many options for a bald eagle’s view of the canyon. Book a helicopter or plane flight from Las Vegas, which will take you over the majestic Hoover Dam and Lake Mead en route, stopping at the South Rim for a photo opp. Or take a helicopter from the South Rim over the canyon. Choppers will also take you to the canyon floor – why not add on a boat tour or enjoy a Champagne picnic 1.6 kilometres below the rim? Scenic plane flights also leave from the West Rim, taking in sights such as Eagle Point, the Skywalk glass bridge and Guano Point. 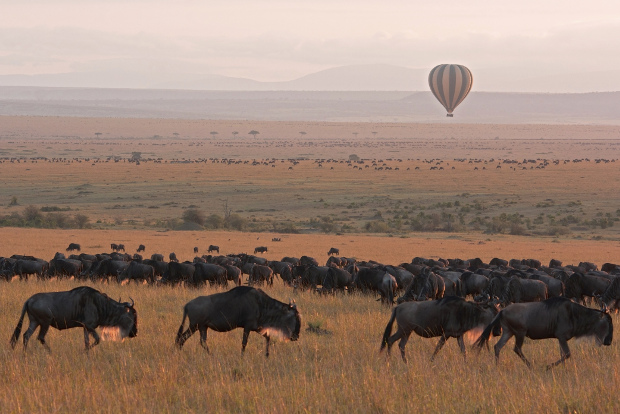 One of the greatest natural wonders of the world, the annual Great Migration sees more than a million wildebeest cross the Serengeti Plains in Tanzania to the Masai Mara in Kenya, accompanied by a few hundred thousand zebras and assorted predators, chasing the rains. There is no better way to view this astonishing feat than from above. A hot-air balloon ride gets you just a few metres above wildlife and the slow place lets you savour the experience. Set off at dawn for sunrise over the Serengeti, and afterwards enjoy a Champagne breakfast served with real china and linen tablecloth under an acacia tree. The best time to visit the Serengeti is from December to March - remember to pack the binoculars! 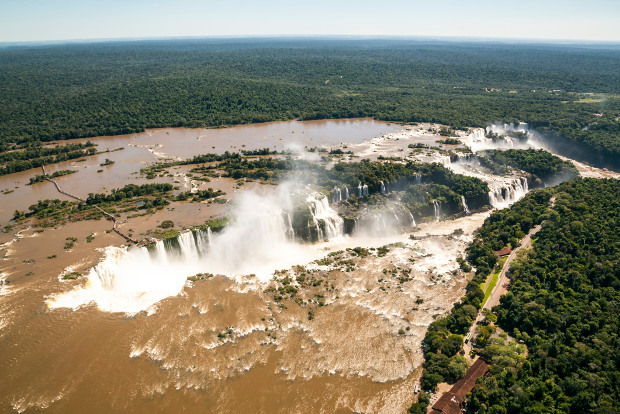 Helicopter flights over Iguazu Falls, which sit on the border of Argentina and Brazil, are short (10 minutes tops) but very sweet. The stupendous falls – bigger than Niagara – thunder through the rainforest, and while spectacular from any angle, the only way to see them in their entirety is from above. You’ll see the red-stained Iguazu River plunge through The Devil’s Throat (Garganta del Diablo), disappearing into a cloud of mist as it makes its way 82 metres below. Flights leave from the Brazilian side – aim to sit beside the pilot for the best view – and make it a Spring adventure for the best weather. 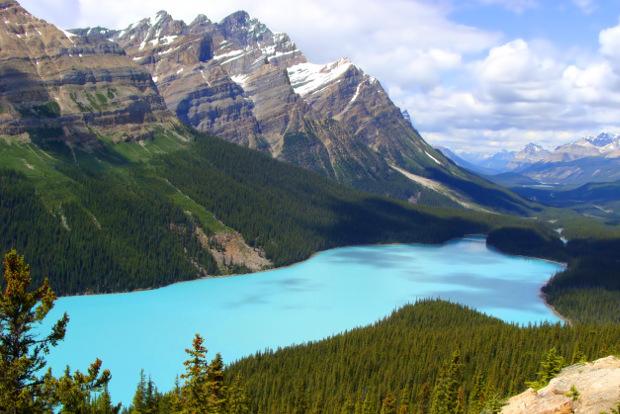 Turquoise lakes, snow-capped peaks, pine-covered slopes – Canada’s Rockies fit every postcard cliche, with a glacier and icefield or two thrown in for good measure. In summer, opt for a heli-hike from Banff in the province of Alberta, where a scenic helicopter flight deposits you in the wilderness (with a guide) for a few hours of alpine hiking. In winter, pack your skis or snowboard for heli-skiing in Golden’s backcountry, on the western slopes of the Rockies in British Columbia, complete with a stay in a log lodge. For those feeling a little less recreational, a half-hour scenic flight to the 3,611-metre Mt Assiniboine – the Matterhorn of the Rockies – with its surrounding glaciers and icefalls, is a photographer’s dream come true. 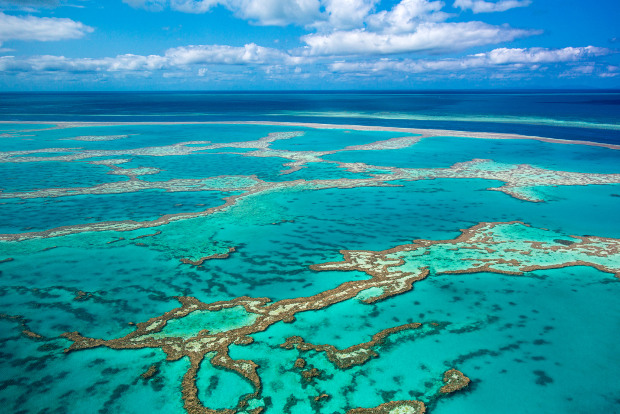 You don’t need to get wet to appreciate the Great Barrier Reef (but it is fun).Travel in style in a seaplane from Queensland’s Airlie Beach to view the beautiful  Heart Reef and Whitehaven Beach – where Oprah was treated to a meal on the sand by chef Curtis Stone – before landing on the waves and diving straight into the crystal blue waters to snorkel among the pristine coral. Further up the coast you can take a helicopter flight from Cairns to see where the rainforest of False Cape meets the ocean, fly over the Reef and view Green Island. But the truth is the Reef is 2,300 kilometres long, so any of the myriad flight options – including balloons – along the coast are bound to please.