A restaurant in Tokyo has been given a new three-star rating by the guide, widening the gap between the Japanese city and its closest gastronomic rival, Paris. 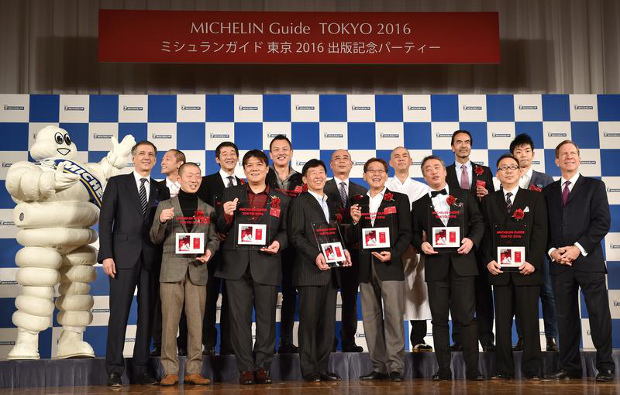 A three-star rating denotes restaurants that serve “exceptional cuisine worth a special journey,” an exclusive club that counts about 100 addresses around the world.

Inspectors also handed out new two-star ratings to a trio of restaurants in Tokyo including French restaurants Beige Alain Ducasse and Dominique Bouchet-French, and Momonoki, which serves Chinese cuisine.

The ninth edition of the Tokyo guide’s one-star section has likewise grown with the addition of 17 new one-star addresses including Michelin’s first ramen restaurant, Tsuta-Ramen for Tsuta.

And this year’s selection of 343 Bib Gourmand restaurants -- eateries that serve good food at moderate prices -- includes 83 new addresses and cuisines such as Peruvian, Portuguese, Russian and Vietnamese fare.