Words by The Independent 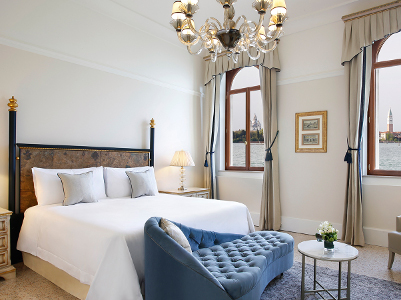 A 10-minute boat ride from St Mark's Square, San Clemente Palace sits on its own private island, away from the tourist crowds. The historic building, which in the past has served as a monastery and a guest house for Venetian nobility, relaunched as a St Regis hotel in April, following a year-long £25m ($54m) renovation.

Now, its traditional but luxurious interiors are full of marble floors, gilded staircases, chandeliers, and opulent soft furnishings. As well as 191 rooms and suites, there are lush gardens, a pool and a Mediterranean-inspired restaurant. The island also has its own private church, so guests can even tie the knot at the resort. 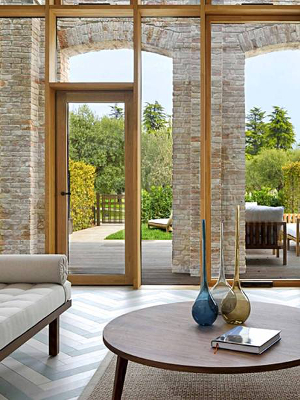 Jostling for attention with the St Regis is another new private island escape. The JW Marriott opened in March on Isola delle Rose, a 20-minute boat ride across the Lagoon from St Mark's Square. The modern rooms have tall windows looking out over the water. The hotel also has a rooftop pool with views over Venice, a spa, multiple restaurants and a cooking school, the Sapori Cooking Academy, which offers weekly classes in how to prepare local dishes. 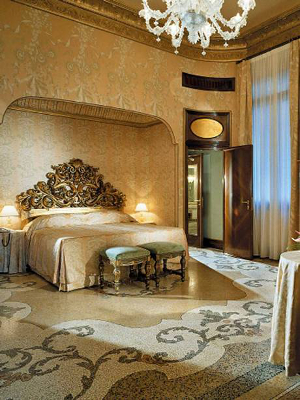 Beyond the Gothic façade of this 18th-century nobleman's house is a five-star hotel. The 72 rooms and suites are decorated with opulent period furniture, patterned wallpaper, Venetian-style fabrics, and ornate chandeliers, while bathrooms are decked out in Italian marble. The restaurant has a terrace overlooking the Grand Canal, but for unbeatable views from your own room, check into the Presidential Suite, which has a terrace with loungers from which you can admire the city. 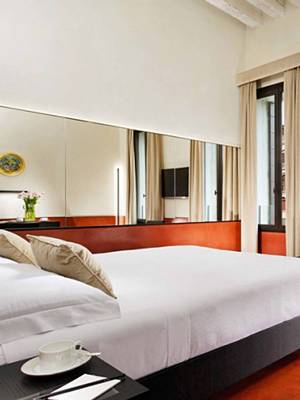 Housed in a historic building in the San Polo district, Hotel L'Orologio is a modern addition to Venice's accommodation scene; think splashes of bright colour, dark wood and slick leather seating. The past is still present, however, in the beamed ceilings of the bedrooms, as well as in the public spaces, where you'll find stone fire places and elaborate, cast-iron window shutters. There are 43 rooms and suites, some overlooking the Grand Canal. 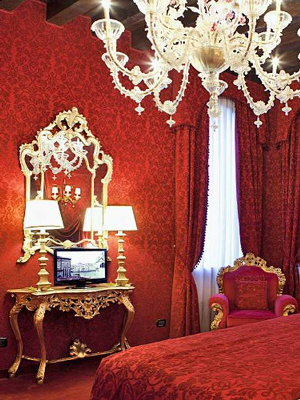 Over in Dorsoduro, a slightly quieter corner of Venice just south of the centre, you'll find Ca Maria Adele. The decadent bedrooms, of which there are just 14, have large Jacuzzi baths, plush velvet furnishings, gold leaf, and damasked wallpaper. If that's still not lavish enough for you, the hotel also has marble floors and huge Murano glass chandeliers. Communal areas include a guest lounge, and a Moroccan-style terrace where guests can eat breakfast in the summer. 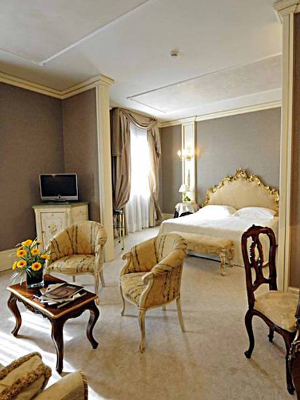 Take a step back in time at a luxurious palazzo with such significance it has been declared a National Monument. Inside is a sweeping marble staircase and an intricately frescoed ballroom. The bedrooms – which are practically ballroom-sized – are classically decorated, with gilded headboards and mirrors, chandeliers and marble floors. And in the Heritage Suites you'll find paintings and stuccoes by 18th-century artists. The waterside restaurant, L'Alcova, serves traditional Venetian cuisine.

This article was from The Independent and was legally licensed through the NewsCred publisher network.