Cruising For An Art Renaissance With HAL

Cruising For An Art Renaissance With HAL

While aboard Holland America Line's (HAL) MS Oosterdam I was constantly lingering in front of various pieces of artwork, eventually coming to the conclusion that the ship had to be a floating gallery.

Below are 13 works of onboard art that highlight how HAL was able to instigate an art resurgence in my uncultured soul. 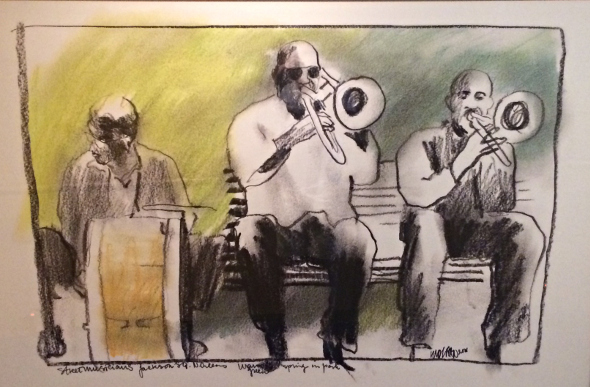 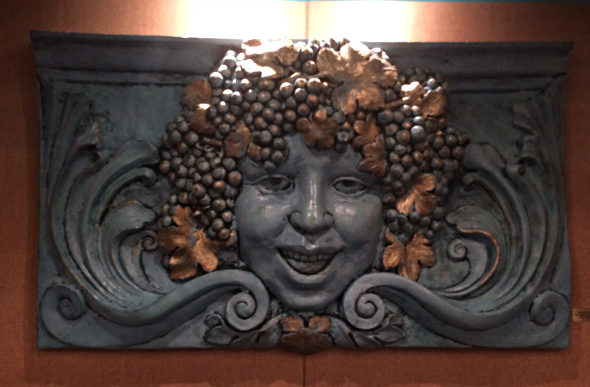 This fella was quite an arresting sight. Those appear to be grapes covering the head, but by the look of his eyes and mouth I think the rest of the them were crushed and fermented into a few too many glasses of wine. 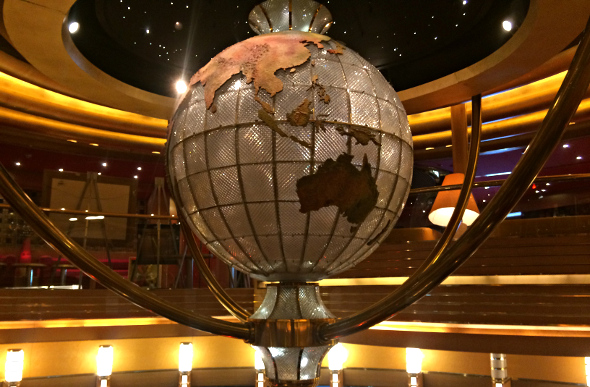 Waterford crystal globe in the Atrium

Easily one of the most stunning pieces on the ship, this Waterford crystal globe was created using mouth-blown and hand-cut crystal. It was constantly turning at a slow pace. I asked someone if they thought it had been configured to turn at the same speed as Earth, which they found highly amusing. 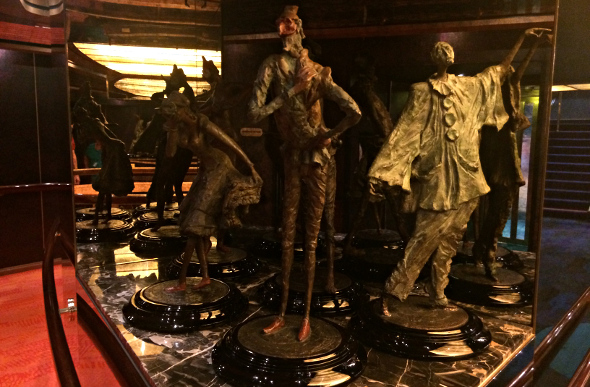 The best translation for Commedia dell'Arte is 'comedy of improvisation'. These figures highlight this form of theatre that began in Italy around the 1600s, which drew humour from actors improvising their way through unexpected scenarios. Anyone remember Thank God You're Here? 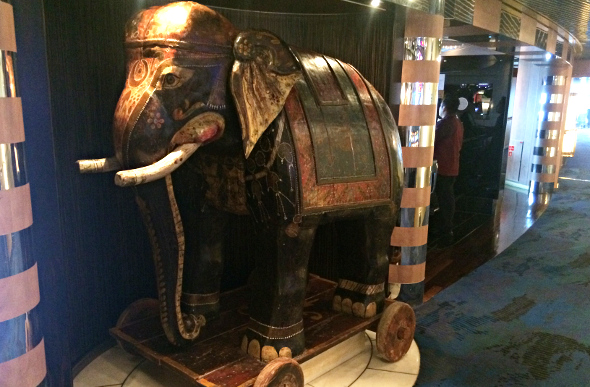 They say ornamental elephants are supposed to bring luck, especially wooden ones. However, their trunks also need to be held up for good luck. Whoever positioned this elephant right outside the ship's casino clearly had no tact for upholding superstitious beliefs and is no doubt the reason for my poor form at the roulette table. 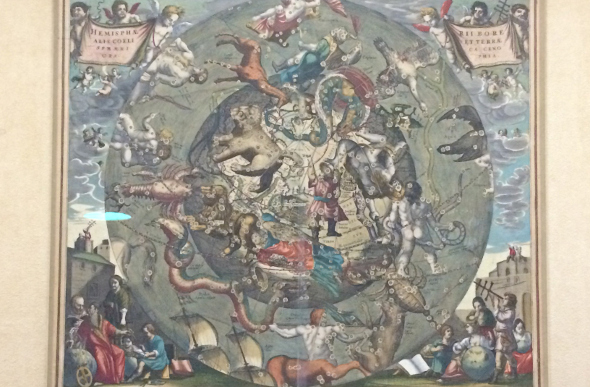 Renowned Dutch-German cartographer Andreas Cellarius created this beautiful piece less than five years before he died in 1665. With so much happening across the canvas my frozen margarita had almost finished by the time I'd appreciated most details.

Towels as art? Wrapped In Mystery: Towel Origami Around The World 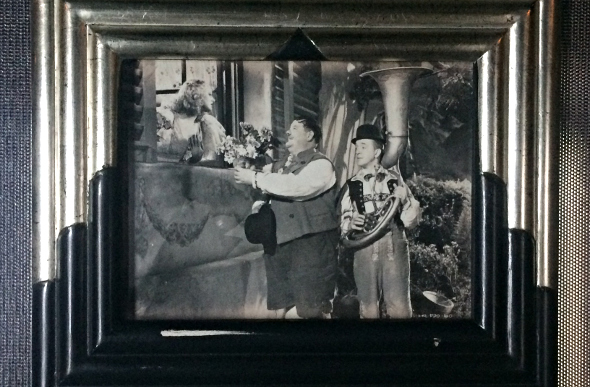 I'd never heard of Laurel and Hardy, but I assumed by the series of comedic photographs along the wall that they were similar to The Three Stooges. It turned out both groups began performing around the same time, with the aforementioned duo claiming most of their fame in the UK. I can only imagine what sort of mischief the lads were getting up to in the above scene. 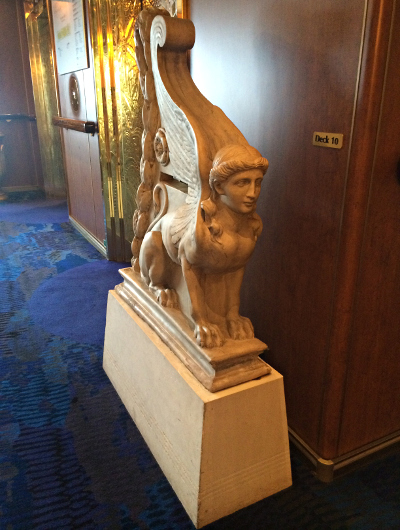 Had there ever been a more beautiful sphinx? I thought not, but an argument could have been made for its twin sitting on the other side on the room. 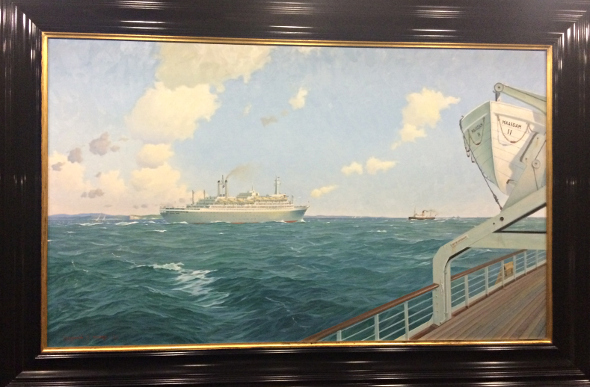 The SS Rotterdam was once one of Holland America's most prized ships, but is today used primarily as a floating hotel and museum. In Captain Stephen Card's painting I was given a rare glimpse at the historic vessel sailing proudly on the open seas. 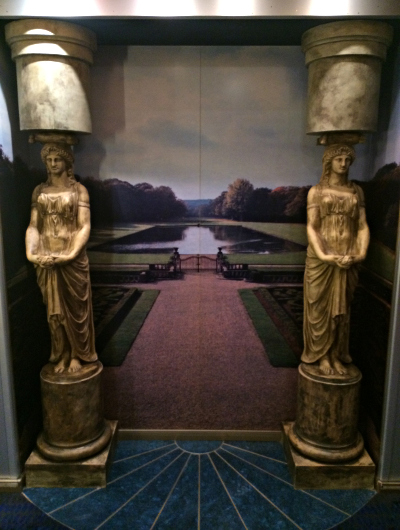 The combination of the statues and garden mural behind lends this piece a feeling of authenticity, almost as if I could step through and onto the stone pathways. 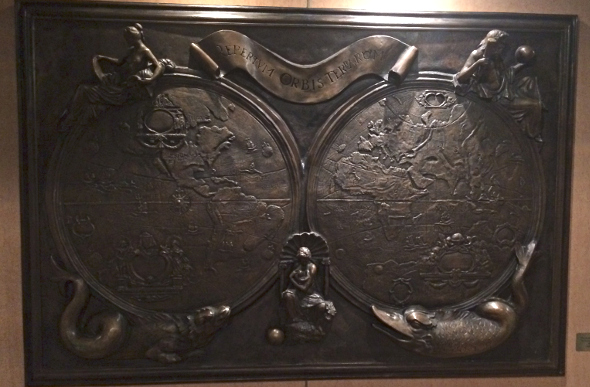 Both sides of the world were depicted here on the planisphere, but the intricate carvings above and below each one were what really gave me cause to stop and investigate. The two creatures at the bottom were quite fantastical in their designs. 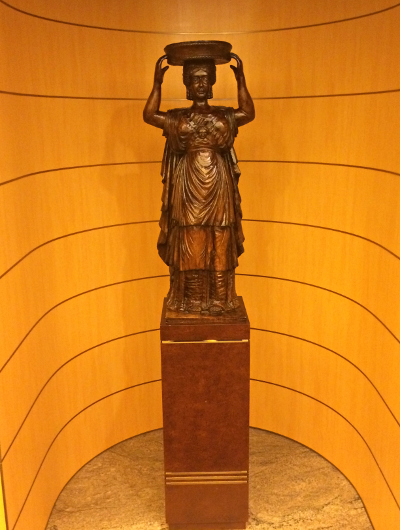 Athena was the goddess of wisdom, courage, inspiration, strategic war, mathematics, arts and crafts and basically everything else you'd want attributed to you. What I found interesting was how she's depicted here, wearing extravagant robes, yet performing the "primitive" act of carrying a bowl on top of her head. 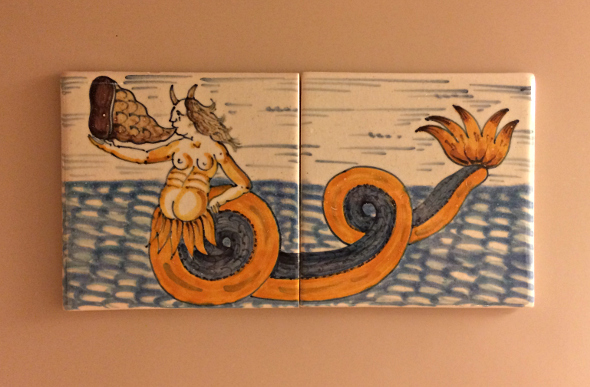 I must admit, I looked at this piece of artwork the most, but only because it was on the bathroom wall right outside my shower. I was completely confounded by the creature. Is it man or beast? Does it have a front bottom? I don't think I will ever know for certain. 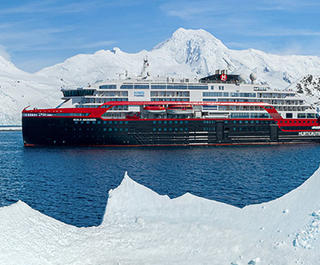 What It's Really Like To Travel To Antarctica
2 July 2021
Tips for travelling to Antarctica Plan your polar wardrobe – merino wool, layers, waterproof shell including gloves and pants Get travel sickness
Read Time: 7.2 mins
Europe

Virgin Voyages: You Can Now Book To Sail On Richard Branson’s Cruise Ship
8 November 2019
You may have already heard that the ever-evolving Virgin brand has launched Virgin Voyages, with the first cruise ship, the Scarlet Lady to set sail
Read Time: 2.1 mins