5 People At Work Vs 5 People Travelling

5 People At Work Vs 5 People Travelling

Next time you're at work or on an overseas jaunt, take a look around at the people surrounding you. Chances are you'll spot a few of the ones on this list.

I've pulled some typecast characters out of these two separate worlds and pitted them against one another to compare who we are at work and who we might be while travelling.

At Work: The Sleepy Head 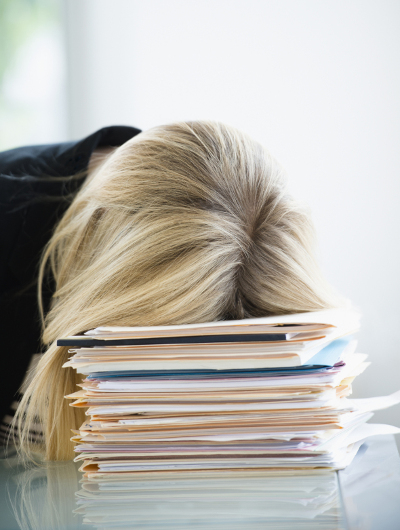 This diligent worker just spent the last seven hours filing reports. Is she asleep, not-so-subtly checking her text messages, or looking for a semi-soft surface to headbutt? My guess is she's exhausted and would rather see the inside of her eyelids than another sentence in Times New Roman.

While Travelling: The Daytime Snoozer 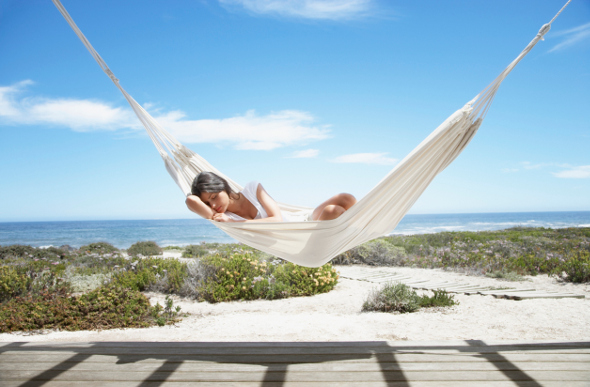 The Daytime Snoozer believes the best form of manual labour anyone can undertake is assembling a hammock, bed or any other device built for resting. This one has found herself a sunny spot to curl up right outside her beachfront villa. Pretty soon she'll wake up to a cocktail and sunset stroll alongside the receding tide.

At Work: The Casual Dresser 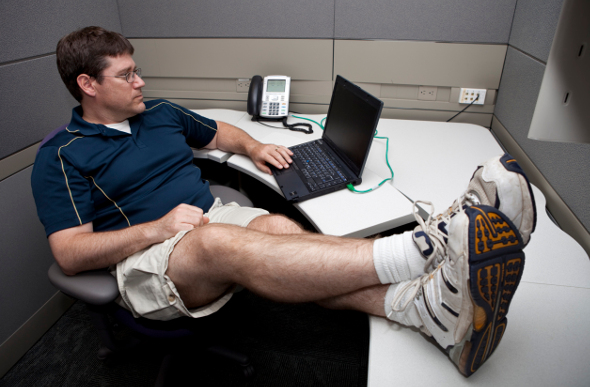 There's something miraculous about airing out your knees at work

Just look at those baby cows and knee-length socks squashed down around the ankles. This guy's version of corporate casual is a t-shirt and tie. Casual Fridays are pretty much his Saturday morning and once that 5 o'clock bell rings he's running for the doors (hence the joggers). Why so casual? Maybe he's attempting to find a holiday vibe in his otherwise stifling work life? 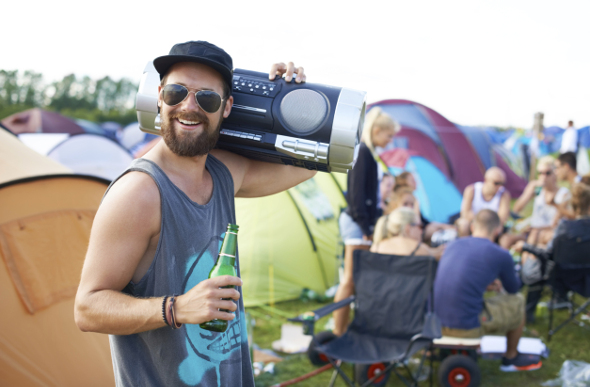 This person could stay anywhere and do anything, so long as it doesn't revolve around business principals. They've already ticked off Glastonbury Festival, backpacking through the Himalayas and sleeping in hostels throughout Europe. They don't know where they'll be next, but they'll make it happen.

At Work: The Active Volcano 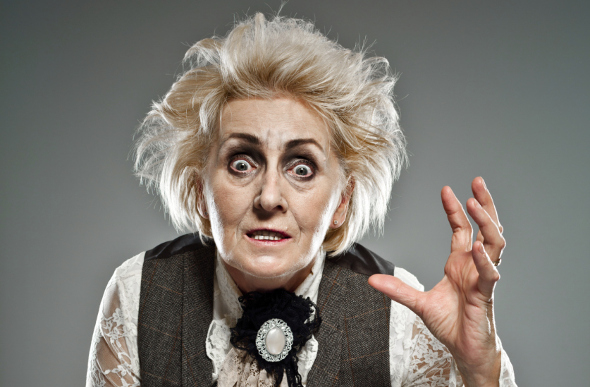 When they erupt, don't go back for your family. Just run.

The Active Volcano is someone who can't stand a slight shift in atmosphere or routine. One little hiccup in the day, one whisper of change throughout the office and the bricks are crumbling beneath them. Although typically quiet, an eruption is ever present, and this individual is more than happy to vocalise their stress with swearing and keyboard slamming.

While Travelling: The Fanatic Supporter 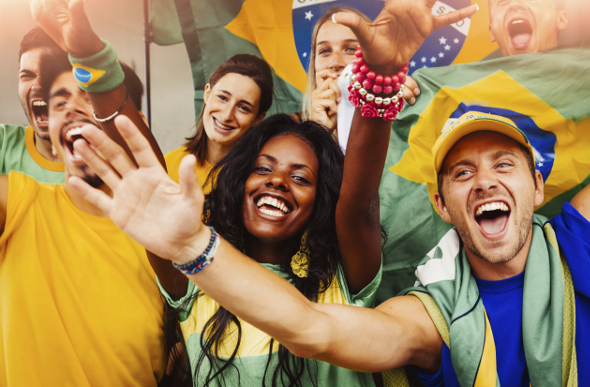 The passion is infectious

At home amongst her fellow fanatics, this traveller loves bouncing around the world to support his or her team, or to catch the biggest sporting spectacles. When you're in the stands this is someone you notice as much as the players; a true fan who injects their life into the game. Just don't question their passion or you'll get an earful, over a few beers at the pub of course.

At Work: The Overbearing Family 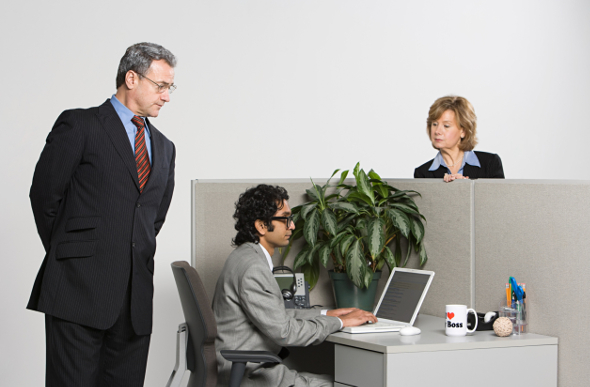 Poor guy. He's got no chance for a sneaky peek at flights to Los Angeles

The only thing worse than a helicopter parent is a helicopter boss. If you're spending more time providing updates and explaining your work than actually doing any, then you've lively been caught under the hovering scrutiny of an overbearing work mum/dad.

While Travelling: The Wild Thornberrys 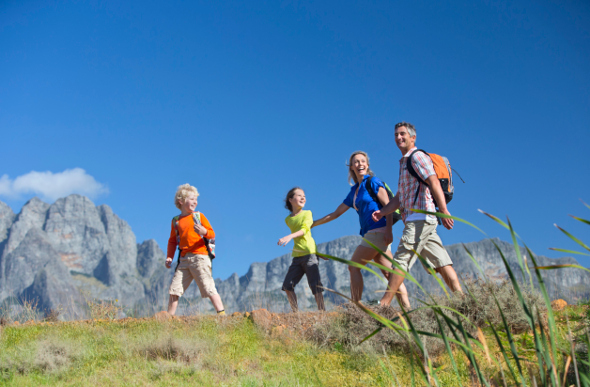 Please take me with you. I'll even settle on being the chimpanzee, Darwin

No they don't have a pet chimpanzee or a Neanderthal child, but they do get up to a lot of adventures that will make you think twice about how "boring" having a family will be. This wandering bunch usually come over-prepared and aren't afraid to get dirty, but they'll also opt for a hotel over a hostel.

At Work: The Fed Up Sailor 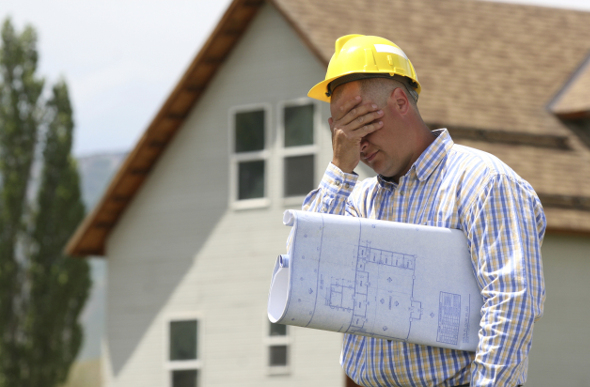 Looks like he's playing hide-and-seek ... with happiness (yeah we went there)

Garth Brooks believes a dream is like a river and the dreamer is just a vessel. Well, our Fed Up Sailor had a dream of getting all his work done before the weekend, but a couple of inept builders and incorrect blueprints have added Saturday to his working week. Should he blame the river, or blame the captain for not taking the stream to Fiji earlier?

While Travelling: The Hands-Free Captain 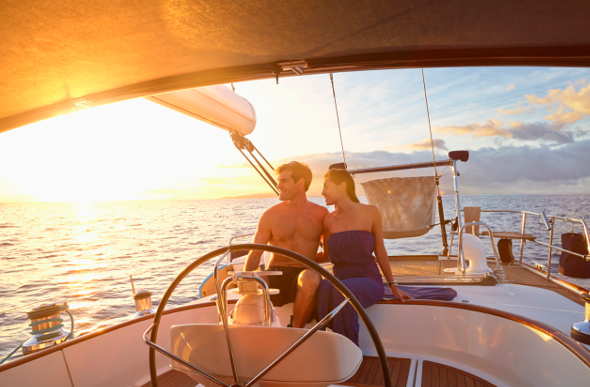 When you're sailing around Croatia or the Mediterranean in a luxurious yacht does it really matter if you turn the wheel left or right? This one's content to sit back, enjoy the company and scenery, and let the flow of life carry him wherever it pleases.