Capital cities tend to get a bad rap as being buttoned-up, boring and bureaucratic and lesser known internationally than larger, more attraction-heavy cities – Canberra vs Sydney, Ottawa vs Toronto, Sacramento vs Los Angeles – you get the drift.

Washington, DC is definitely the exception. Not only is the US capital the centre of the world’s political stage, it also boasts some – dare we say – new attractions, world-class museums, bold street art, a growing dining and theatre scene, and vibrant neighbourhoods worthy of a longer stay for a closer look.

And the US capital is definitely becoming a popular stop for Aussie travellers. Australia is the fourth-largest international market for Washington, DC with 90,000 visitors heading here last year – an increase of 11 per cent. We chatted to Destination DC president and CEO Elliott Ferguson during his recent visit to Australia to find out what’s new in the US capital for 2019. 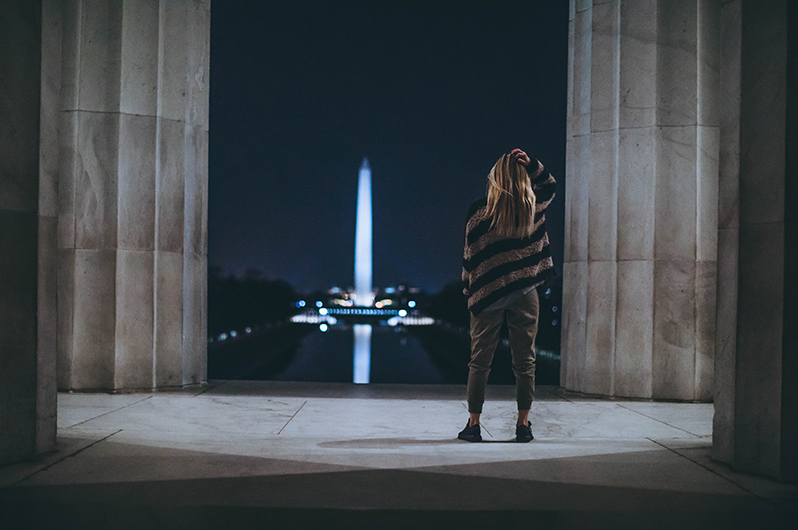 The National Monument is one of Washington, DC's most recognisable structures. (Image: Destination DC/Roberto Nickson)

From the International Spy Museum re-opening to the new Museum of the Bible (opened in November 2017), there’s plenty of ambitious exhibitions and educational experiences for the culture vulture in DC.

If international espionage is your jam, make a date for the International Spy Museum when it re-opens in early 2019. It will double in size and have three times the amounts of artefacts. Wannabe detectives will want in on the action at the new National Law Enforcement Museum (opened on 13 October, 2018), where visitors can use policing techniques to help solve simulated cases and play dispatcher to 911 calls.

The iconic Washington Monument obelisk will also re-open in the US spring with a new visitor experience, while the Fossil Hall in the Smithsonian National Museum of Natural History will also re-open around the same time after undergoing a five-year renovation with an unrivalled collection and the latest research.

The Newseum (yes, a museum of news!) is a popular DC drawcard and is set to be joined in late 2019 by Planet Word Museum, a private space dedicated to literacy and storytelling in Franklin Place. There’s also the National Children’s Museum, more than 3,000sqm of playspace with an emphasis on STEAM (science, technology, engineering, art and maths) learning, which will open in May 2019.

If it’s epic monuments you’re after, you’ve come to the right place 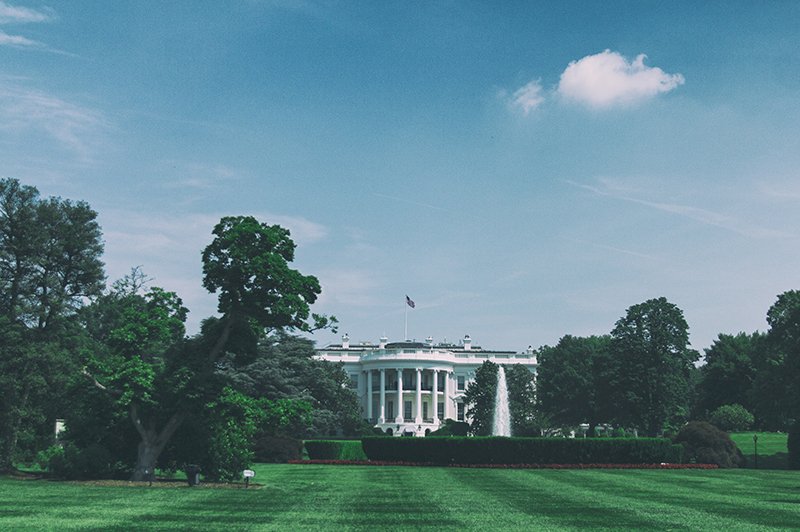 The White House is a must-do on any DC itinerary. (Image: Destination DC/Srikanta H.U)

Let’s face it – most visitors come to DC for the national monuments – six out of Americans’ top 12 favourite architectural structures are located on the National Mall, according to the American Institute of Architects. Elliott says the Lincoln Memorial, Martin Luther King, Jr. Memorial, Korean War Veterans Memorial, U.S. Capitol and The White House are a must-do on any Washington, DC itinerary and most can be found right on the National Mall. His fave? The Franklin Delano Roosevelt Memorial – “It’s like walking through a history book because the memorial features different rooms and takes visitors through FDR’s influence on American history,” he says.

His tips for the best free attractions in DC include the 16 Smithsonian Museums as well as the Smithsonian National Zoo.

Plus, there’s new-ish neighbourhoods to know… 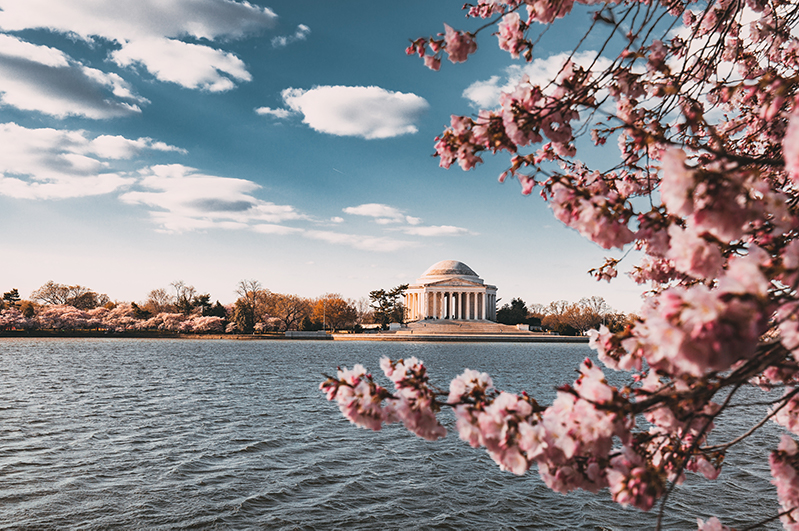 Southwest Waterfront (in Southwest Washington) has undergone a major revitalisation when The Wharf opened in October 2017. This new waterfront development has three hotels, three live music venues, three public piers and more than 20 restaurants, including oyster bars plus sweet and savoury options from a variety of global cuisines. SW Waterfront is also home to the longest continually operating open-air fish market in the States, Maine Avenue Fish Market, and located close to all the top monuments and memorials.

Also in SW Waterfront, the Mead Center is the second-largest theatre complex in DC and if it’s the creative scene you seek, don’t miss the colourful and Insta-worthy SW Arts Club, which is housed in a 19th-century church now painted in vibrant hues.

And historic areas to stay in… 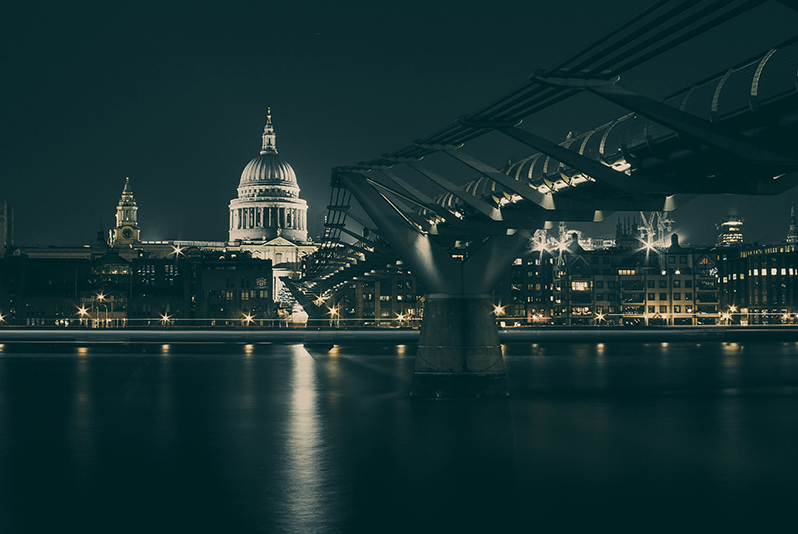 Check-in to cosmopolitan Dupont Circle, historic and walkable Georgetown, the laidback melting pot of Adams Morgan and vibrant Southwest Waterfront. “Every historic neighbourhood in DC has something different to offer,” Elliott says.

And Washington, DC is not immune from street art and cultural vibes

Check out aptly named The Arts District – full of street art and murals. Mural artist Aniekan Udofia is one of Elliott’s favourites, who likes to tell stories through his art. You can spy one of his large-scale artworks (a music-themed mural) in the alleyways outside local institution Ben’s Chili Bowl as well as portraits of icons such as former President Barack Obama and First Lady Michelle Obama, Marilyn Monroe and comedian Chris Rock. Other neighbourhoods are also “covered in street art and murals celebrating everything from hometown heroes to Founding Fathers and even fruit,” says Elliott. Eastern Market is one of his hidden gems – a food and arts market that features local artists.

For theatre-goers, on its US tour, the highly acclaimed and sold-out Hamilton musical just wrapped up its three-month run at the Kennedy Center, which will also have an expansion called The REACH open on 7 September, 2019 with more public areas and performance spaces available.

The food scene is also tempting travellers to DC 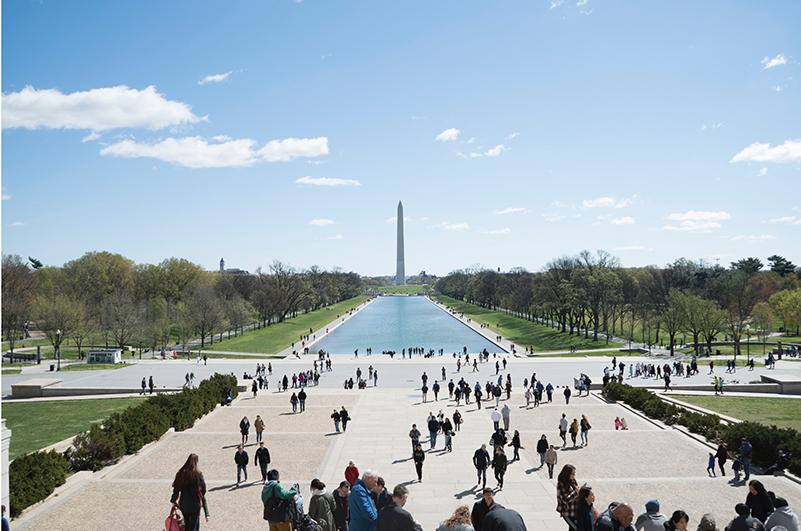 Half of Americans' top 12 architectural gems can be found along the National Mall. (Image: Destination DC/Jacob Creswick)

With more than 2,100 eateries on offer, diverse and international is how Elliott characterises the DC food scene. “DC has a large Ethiopian population so there are many Ethiopian restaurants,” he says.

Plus, it’s only the fourth US city to have a Michelin Guide for its restaurants, the third edition of which was issued in September 2018. Sixteen restaurants in the Washington, DC area have earned Michelin Star status, including the Three Michelin-starred The Inn at Little Washington – the elegant dining establishement was singled out for its attention to detail and sourcing.

For power-broking politicians and past presidents, their fave foodie haunts really depend on location, according to Elliott. “Restaurants and bars around Capitol Hill and The White House tend to be popular,” he says. “Old Ebbit Grill is a classic.”

And the number-one thing you didn’t know about Washington, DC?

Visitors are often surprised at how green and walkable the city is,” Elliott says. “There’s a lot of outdoor activities available, including kayaking and biking.”

Ready to explore Washington, DC? Check out our deals on sale now!