Travellers taking off to London in business class are paying almost one eighth of the price per kilometre than the typical capital city commuter, as airfare prices plunge and public transport costs sky-rocket.

Flight Centre has compared the cost of public transport options in Sydney, Melbourne and Brisbane to a typical business class airfare from Sydney to London, priced at $7028* per person. The findings show that travellers headed for Heathrow can kick back in the comfort of a lay-flat bed from just 20 cents per kilometre, whereas the average price for a commuter who is catching a train, tram or ferry is a whopping $1.50 per kilometre for travel that is only 5km outside the CBD. 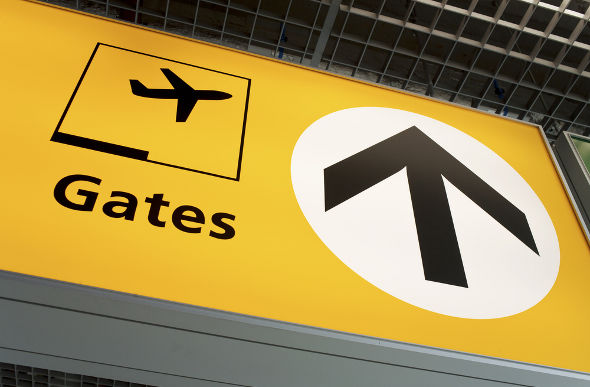 Flying to London is cheaper per kilometre than city public transport

For instance, a daily zone one return adult fare on Sydney's City Rail will set you back an astounding $7.20, even if it's less than a kilometre in distance.

In Melbourne, the Yarra Trams network charges a minimum of $7.00 for a zone one return adult ticket, and it's valid for just two hours.

The worst is Brisbane's City Cat ferry, where commuters pay a whopping $9.60 for a return zone one adult ticket, which simply takes them one zone across the river, but it's around $7 if you use a goCard.

Additionally, if you travel during peak hour, you might need to forgo a seat or catch a later alternative, as you compete with the hundreds of Aussie commuters who hurry to get to and from work.

Compare this to travelling business class to London aboard one of the world's best airlines, where you can watch your favourite movies, sip on wine and enjoy personal service throughout the journey. 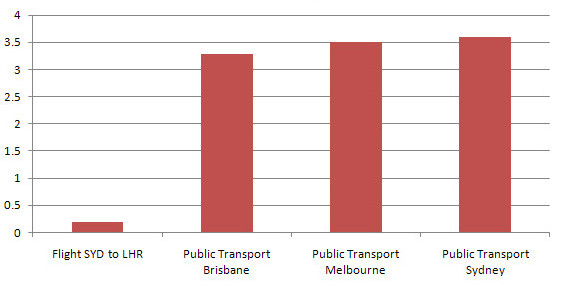 Flight Centre's executive global marketing manger, Colin Bowman, said air travel had become significantly cheaper in the past three years and was now considered to be one of the cheapest ways to travel.

"International airfares are defying the affects of inflation and are becoming more affordable," Colin said.

"This is at odds with what we're seeing in other areas, particularly public transport where commuters are paying close to $10 each day for a return ticket. It certainly puts the cost of an overseas holiday into perspective, when you consider how much you might spend on your weekly commute into the city."

*Prices quoted on Wednesday, May 22, subject to change and availability at time of booking.

If you're a travel writer, journalist, reporter or freelance travel writer, with a media enquiry relating to Flight Centre, please don't hesitate to send me an email. I'd be happy to help with any travel-related questions or put you in touch with the right people. You can reach me at media@flightcentre.com.au
more articles from this author 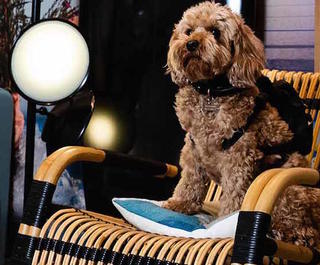