Jetstar just announced an expansion of their Cairns base this morning with new non-stop flights from the Tropical North Queensland gateway of Cairns to Denpasar, Bali.

Utilising a narrow-body A320 aircraft with 180 leather seats, the new route will operate thrice weekly services from 31 March, 2015.

Jetstar CEO David Hall said "We're always looking to open up new travel opportunities for our customers and I'm delighted that we're the first carrier to offer direct flights from Cairns to Bali."

Passengers travelling between Cairns and Bali have been required to overnight in Darwin or travel via Brisbane or Sydney. This new route will provide direct access to the popular Asian holiday spot from Cairns.

In other Jetstar news announced today, the previously axed flight between the Gold Coast and Perth will be reinstated from 29 March, 2015.

New direct service between Melbourne and the New Zealand capital Wellington will also commence four flights per week from 30 March, 2015. 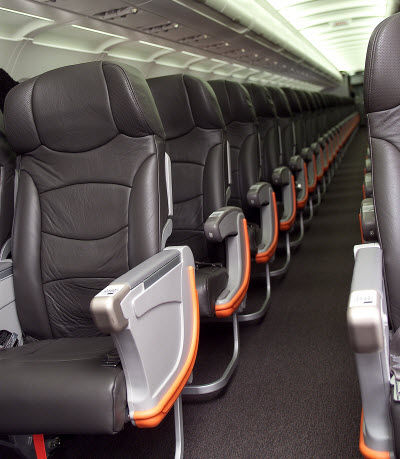 Cabin interior of Jetstar A320 with all leather seats.

“Our strong focus on partnering with China Eastern was greatly reinforced through the mayoral mission, with the timing designed to coincide with the recommencement of seasonal scheduled services between Shanghai and Cairns,” he said.

“Significant progress also was made towards a year-round scheduled service to Cairns and mono destination marketing of Tropical North Queensland in Shanghai.”