Vietnam is an ancient country, and every region tells a different story. Accommodation in Vietnam is incredibly varied, with everything from world-class eco lodges to cutting-edge business accommodation and a plethora of budget friendly options that make this stunning country so accessible. With a spectacularly long coastline, Vietnam is also home to countless beach resorts, famous for their soft white sand and palm-fringed beaches.

Check out our introduction to Vietnam accommodation, below.

Choose your style of Vietnam hotel

Hotels in Vietnam tick all the boxes. Family-friendly options? Romantic getaways? Coastal retreats? Super-affordable hillside hostels? There’s a huge choice of accommodation styles in Vietnam. You have bungalows that cling to the coastline, elegant 5-star hotels in Ho Chi Minh City (commonly called by its previous name ‘Saigon’) such as Hotel des Arts Saigon MGallery Collection, boutique hotels in Hanoi with an irresistible French influence, as well as a plethora of hotels, hostels, guesthouses and homestays across the country.

Where to stay in Vietnam

Vietnam’s largest city is Ho Chi Minh City, closely followed by Hanoi, the capital. The cities are rich with history, incredible food experiences, and Hanoi also has the historic French Quarter, with its wide, tree-lined boulevards and classic French architecture. Along the coast you’ll find a huge choice of beautiful retreats, such as the Victoria Hoi An Beach Resort & Spa. Family-friendly accommodation is everywhere, with the Pan Pacific a great family choice in Hanoi. The rural north is also abundant in village homestays and lodges.

Best time to stay in Vietnam

Spring (March and April) and autumn (September to December) are generally regarded as the best time to stay in Vietnam, although with the country spanning a lengthy 1,650 kilometres, there’s a lot of regional diversity. Temperatures in the south remain fairly steady year round, while the north experiences the seasons fully. The north of Vietnam can be cool between December and March, and typhoons can be on the radar for the central coast between August and November.

The easiest way to get around Vietnam if you’re keen on seeing a lot of the country is via domestic flights, which are quite affordable, with new routes opening up all the time. If you can avoid the main highways, bicycle is also great way to get around Vietnam. If you’re travelling the length of the country, sleeper berths on the trains are more comfortable than the buses, although plenty of air-conditioned coaches travel between Hanoi and Ho Chi Minh City. Open-tour buses are another way to get around, and taxis are common in the cities but make sure you insist on the driver using the meter or negotiate a fare before you hop in. The Mai Linh Taxi company has the best reputation. 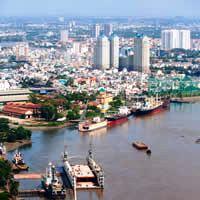 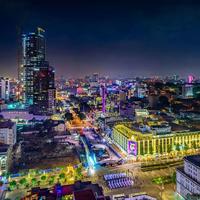 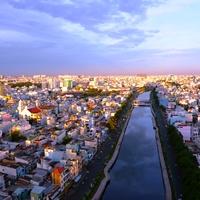 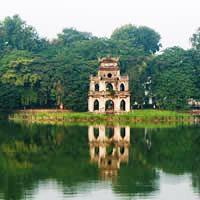 What’s the simplest way to arrange your accommodation in Vietnam? Let one of our travel experts do it for you! As well as access to all the latest deals, they have insider hints, tips and a wealth of travel experience to draw on... and they love to create amazing holiday packages.