Tweet
Read Time: 2.7 mins
We abruptly halted our finning, floating like seaweed on the outer rim of the reef. As our bodies cast shadows along the mottled giant, it passed beneath us like a covert submarine. And when the giant lasso of a mouth from the next gentle giant came into focus, I clamped (near broke) my husband’s hand, hearing my stifled yells vibrate through my snorkel. We lay there, rigid, until we remembered to breathe again. 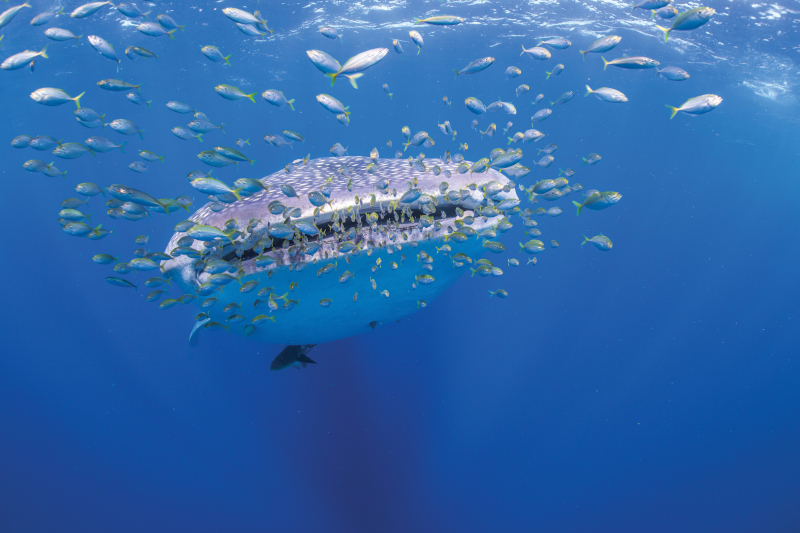 Up close and personal with the whale sharks
Swimming with whale sharks is an intoxicating cocktail of nerves and excitement, from the drumbeat of your heart to how long you can stare without blinking. You just want to continue to live in that moment. To say that meeting these magnificent creatures is life affirming just doesn’t cut it. World Heritage-listed Ningaloo Reef is one of only a handful of places where whale sharks arrive en masse each year. Between March and July, the world’s largest fish comes to filter-feed on a smorgasbord of spawning coral. 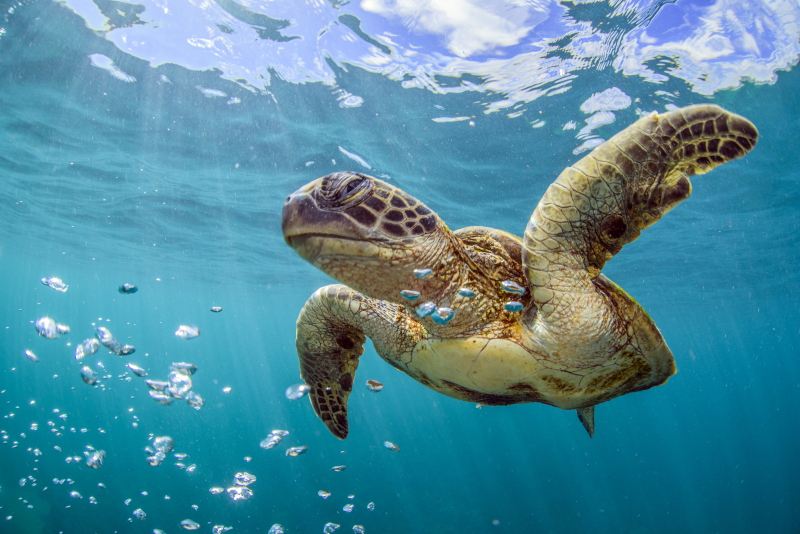 Turtle cruises along
Ningaloo Marine Park, a living kaleidoscope of pelagic and reefdwelling critters, decorates 260km of the WA coastline between Exmouth in the north and Quobba further south.
Manta rays, dolphins, dugongs and sea turtles live alongside the fringing reef, which tiptoes up to just metres from the land. Step right off the sand to snorkel around flourishing coral gardens that are home to angelfish, damselfish, sweetlips, parrotfish and scissortail sergeants. Which of the 200 species of coral or the 500 species of fish you’ll find will be a lucky dip.
On my recent trip, I drift snorkelled along Turquoise Bay. Hardly having to even lift a fin, I became the slideshow, passing millennium-old cabbage coral. And in the shallows of Coral Bay, further south, I watched from the sand, juvenile black-tip reef sharks, which play out childhood between October and March. Return between August and November for a chance encounter with humpback whales in the water during their migration. 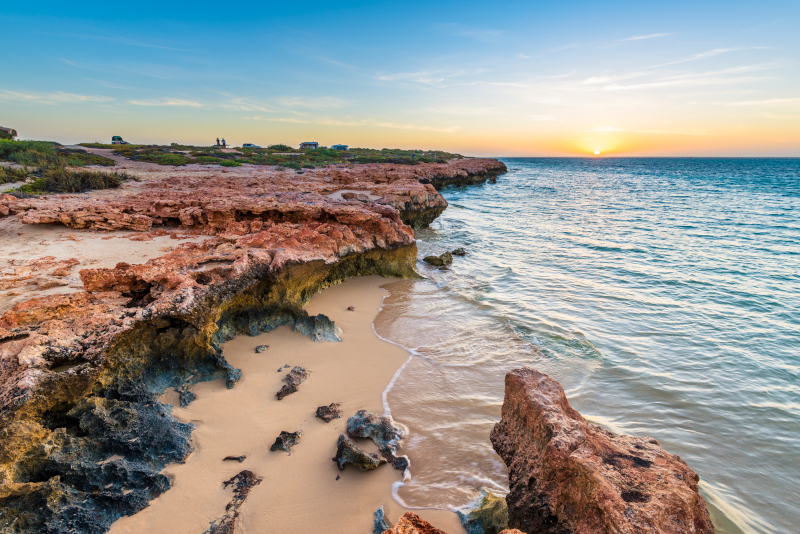 Sunset after another day at Ningaloo Reef
Ningaloo Reef is located about 1,200km north of Perth and can be accessed by direct flights to Exmouth. Classed as endangered due to habitat loss, migration disruption and boat strikes, book only with accredited tour companies that embrace responsible tourism to help protect the whale sharks. Once you’ve witnessed these graceful giants, you’ll understand just how thrilling, yet humbling sharing their waters can be. At the mercy of the ocean, suddenly realising how insignificant you are in the world is soul stirring.

This article was originally published in Travel ideas: Australia magazine, which is available in stores and to read online.

Marie Barbieri has been country, city, village, national park, mountain, desert, island and coral reef-hopping for over 20 years, during which time she has turned her passion into a freelance writing and photography career. Marie has written for a number of travel and health publications, inflight magazines and award-winning websites.
more articles from this author