Robert Louis Stevenson wrote of his love for the tropics and island life in Treasure Island and Kidnapped, but the inveterate traveller and writer chose Samoa to settle and build a home in 1890 after sailing through the South Pacific for three years.

To him, these "treasured islands" were the unspoilt paradise he’d been writing about and hoping to find for years. Here are 13 reasons why you should be visiting Samoa, the undiscovered gem of the South Pacific.

Visit Robert Louis Stevenson’s colonial-style island home, Villa Vailima on Upolo. His house – atop a breezy hill in botanic gardens – is now a museum to his life and work.

Stevenson was known as 'Tusitala' (teller of tales) and highly regarded in the local community. Take a guided tour or walk 45 minutes to his grave on the hill at the top of Mount Vaea.

2. Swim Under A Waterfall

Waterfalls are everywhere, but the best by far are Papapapaitai and Togitogiga on Upolu, and Afu Aau Waterfall on Savaii. 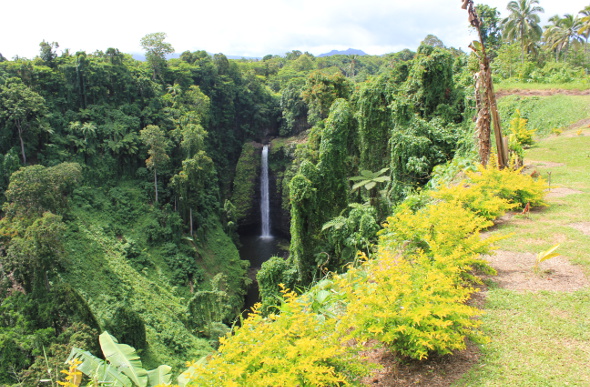 Meat and vegetables are wrapped in banana leaves then cooked over coals in the earth. This earth oven is called an 'umu' and makes up part of a huge Samoan feast.

Umu is one of Samoa’s three most popular dishes. The other two are oka (raw fish marinated in lime and coconut milk) and palusami (taro leaves baked in coconut milk). You should also try taro chips, which are less greasy than potato.

4. Stay In A Traditional Beachfront Fale

Fales are colourful bamboo huts with only the ocean breeze and palms between you and the iridescent blue water. You get a bed, mosquito net, breakfast, dinner and some even come with power.

Staying in a fale is all about better immersing yourself in local culture while taking a well-earned break from the modern world. 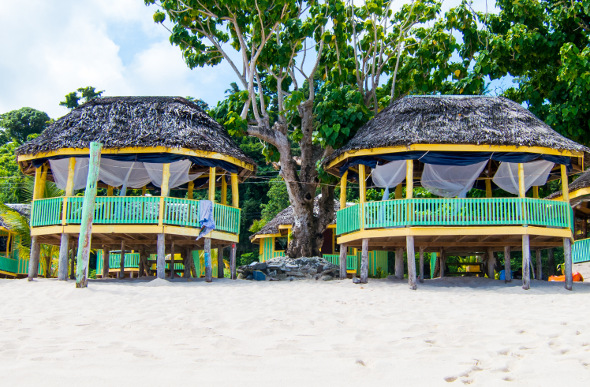 Live as the locals do in fales and feel closer to the wildlife around you (Image: Karen Halabi)

Well-travelled Surfers already know about Samoa’s spectacular breaks, but the rest of the world seems content to continue ignoring this surfing haven. This is great news and means there's more surf to go round for anyone dreaming of perfect, curling tubes and gorgeous reef breaks.

Located on Upolu, paradise has never looked so blue and white than at Lalomanu. The beach is widely considered one of the world's must-see destinations and will surely take your breath away.

Savai’i has numerous other stunning beaches such as Falealupo on the western coast. Many are shallow, calm, coral reef-ringed white-sand beaches, but there are also surf and even volcanic beaches. 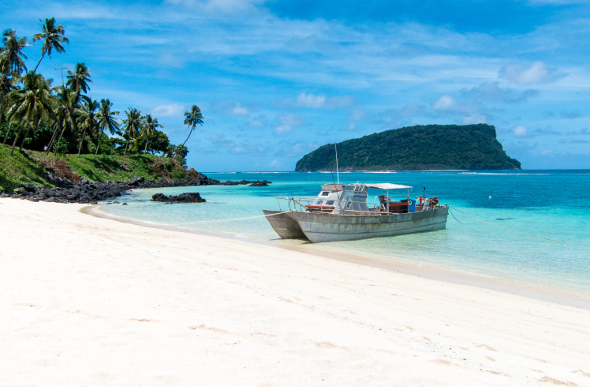 7. Ride Around Without Doors

One way to see Samoa is by hiring a car and driving around the island. However, if you want to tap into that local spirit, you should take a ride on a colourful painted open-sided wooden local bus.

The buses stop anywhere and the driver will tell you how much you need to pay when you alight.

At Taga Blowholes you can watch old men throw coconuts into ocean blowholes that hurtle the coconuts 20 metres up into the air and out to sea. If you feel like you're missing out, you can buy some coconuts and have a go. 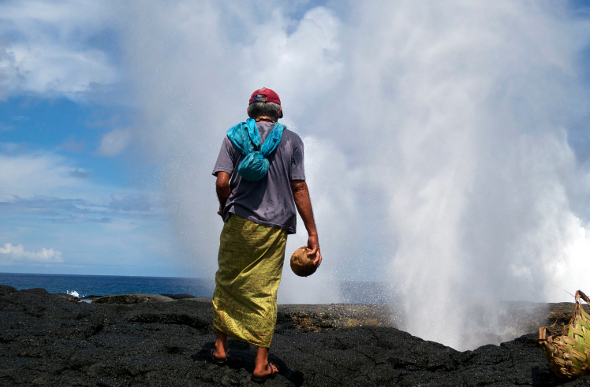 Watch the locals or join in on the fun (Image: Karen Halabi)

Samoa's renowned tattooing ceremonies were traditionally only held for males, but these days even women have gotten tattoos (called the pe'a) from their knees to upper thighs.

The complete pe'a involves intricate geometrical patterns that go from the knees to the ribs. The process is horrifically painful, so the bigger and more complicated the tattoos, the more impressive.

It's possible to swim with turtles at the wetlands sanctuary in the village of Satoalepai on Savai'i. The cute creatures are so friendly they’ll nudge you into the crystal-clear water for a playful frolic. 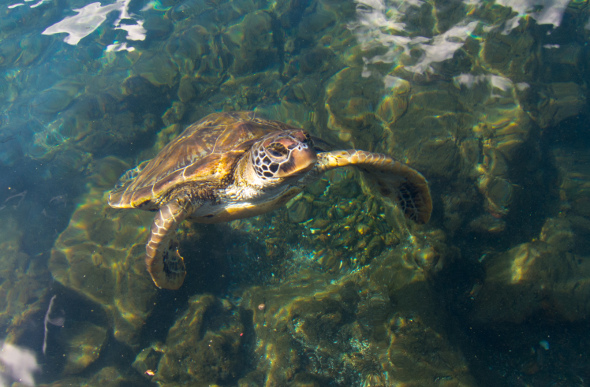 11. Visit The Apia Or Saleloga Markets

A day out at the local markets is all you need to find beautiful handicrafts such as jewellery made from bone, coconut and shells. You'll also be able to purchase souvenirs and local food to try.

Climb down a near-vertical ladder into To-Sua Ocean Trench, a steep, 30-metre vertical drop into a brilliant blue swimming hole.

To-Sua was formed by a gaping volcanic hole in the earth and at low tide you can swim through a lava tube out to sea. 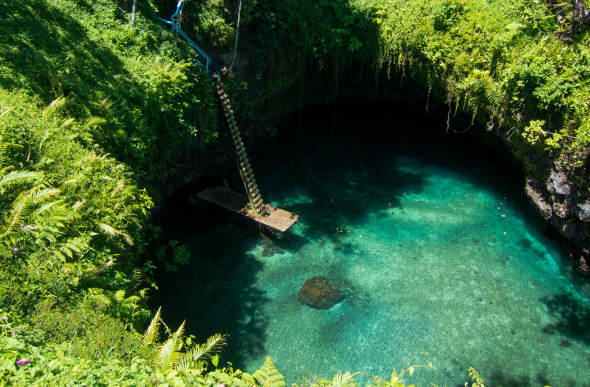 Namu’a sits only ten minutes off the coast of the southeastern-most point of Upolu. This remote island can only be reached by boat and is uninhabited except for 11 traditional beach fales. If you're looking for a true island escape, Namu'a is your ideal destination.

Visit your local Flight Centre store or call 131 600 for more advice and the latest deals on travelling to Samoa.