If you're planning a holiday that takes in North America's famed theme parks, hold on tight because you might just be in for a bumpy ride as you try to narrow down the bucket list. For seemingly every theme, America has a theme park. Love alligators? Try Gator Land in Orlando. Or earthmovers?

Head to Diggerland in New Jersey. Perhaps you're more in tune with Dolly Parton? Then there's no better place to be than Dollywood in Tennessee.

If mainstream parks and roller coasters are more your speed, you will be spoiled for choice, as America is also home to some of the biggest and best theme parks in the world. To help put travellers in the loop when it comes to finding North America's top roller coasters and theme parks, Flight Centre sought expert advice from its consultants. 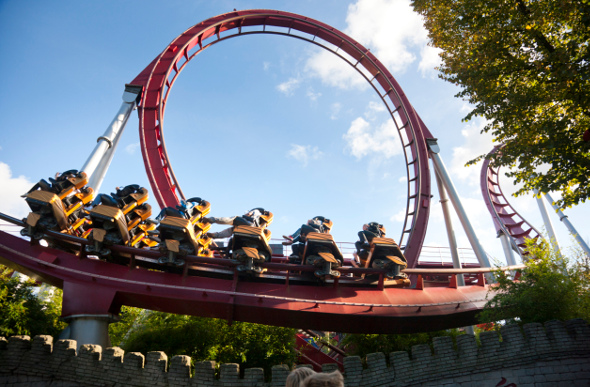 When it comes to theme parks, Matthew Phelps (matthew.phelps@flightcentre.com.au) is undoubtedly one of Flight Centre's most enthusiastic enthusiasts. Matthew, from Flight Centre Rhodes Waterside in New South Wales, is a 26-theme park veteran and lists Disneyworld Orlando and Six Flags Magic Mountain (Valencia, California) as his personal favourites.

“I love that most theme parks are places where age is irrelevant," he said.

"You can be a big kid; you can be a thrill seeker and adrenaline junkie. Really, it’s a place to escape and just have a good time. I love the whole idea of immersing in films, characters, that sort of thing. The ones in the USA do it really well." 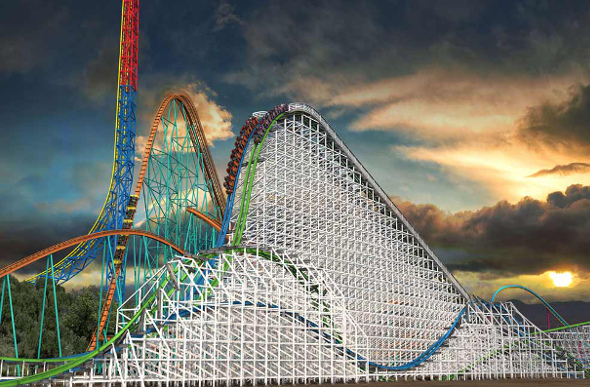 Matthew hopes to add to his tally by visiting Ferrari World in Abu Dhabi, the world's largest indoor theme park, to take on the challenge of riding the world’s fastest roller coaster, the 240 kilometre-per-hour Formula Rossa.

Aaron Turner (aaron.turner@flightcentre.com.au), from Flight Centre Burleigh Town on the Gold Coast, has visited 15 parks and has set his sights on adding Six Flags Magic Mountain to his tally.

He rates the Disney World Resorts as his favourite theme parks because "between the four parks there is something for everyone".

“I love the thrill rides and atmosphere," he said. "However, theme parks are about so much more. The all have a variety of shows and static attractions that allow them to cater for literally anyone.”

Mandy Boulas (mandy.boulas@flightcentre.com.au), from Flight Centre Croydon in Victoria, has visited 10 theme parks and has set herself a goal of visiting "every Disney park on earth".

“I love the atmosphere," Mandy said.

"It doesn’t matter who you are, where you’re from or what language you speak, theme parks turn everyone into fun seekers.

"I love watching the rides go off from the line and hearing the tense silence right before the car drops, or spins or shakes. It’s like a countdown to fun.

"By far, though, my favourite part of theme parks is judging how scary a ride is by how far away you can hear the people screaming.”

"Theme parks are a place that you go to have fun," Jeanette said. "You have no other reason for visiting them. I love the detail that goes into some parks, especially the Disney Parks where everything is themed – even the rubbish bins, the rest rooms and the light posts.”

For Amanda Grogan (amanda.grogan@flightcentre.com.au), from Flight Centre Southport on the Gold Coast, Walt Disney World Resort Florida ranks first when it comes to the 15 theme parks she has visited so far.

“I love the suspense of belief – anything can happen," she said. "You're transported to a different land depending on the theme – underwater, space, jungle, a fairy kingdom. Everyone is always happy to be there and there are great memories to be made and new adventures to be had.” 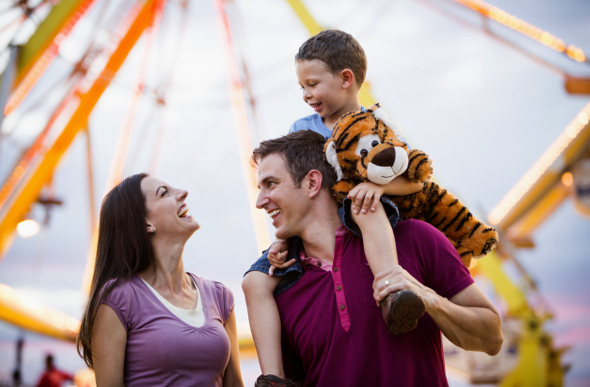 He has visited 10 parks so far and plans to add Disneyworld to his list.

“I love the experience of being plunged into a childhood fairytale or a story that allows me to enter a world where dreams come true," Josh said.

Fall under a theme park's spell: The Wizarding World Of Harry Potter

Which is the best? Disney World v Disneyland

When too much Disney is never enough: The Wonderful Worlds Of Disney

“Tatsu gives a great experience for what is known as a ‘flying coaster’ (back flat to the bottom of the track, similar to flying like Superman)," Matthew said.

"It's a great perspective looking down, the loops and the barrel rolls are amazing, make you a bit dizzy, but that's part of the fun."

“When the train arrives at the station and you sit in the seat and pull the safety bar down, it all appears to be a standard roller coaster," Aaron said.

"But once the staff have made their checks, the floor underneath lowers and then the seats are tilted on a 90-degree angle so you are in fact lying on your safety bar facing the ground instead of sitting in your seat.

"This ride also features an inverted loop so when you are at the top of the loop where the G-forces are at their highest you are actually only a few feet off the ground."

In relation to the Hollywood Rip Ride Rockit Coaster, Mandy said: "Not only does your ride begin with you personalising your trip with your own choice of classic or modern rock; the first thing the car does when it takes off is pull itself up a 51-metre fully vertical pole. 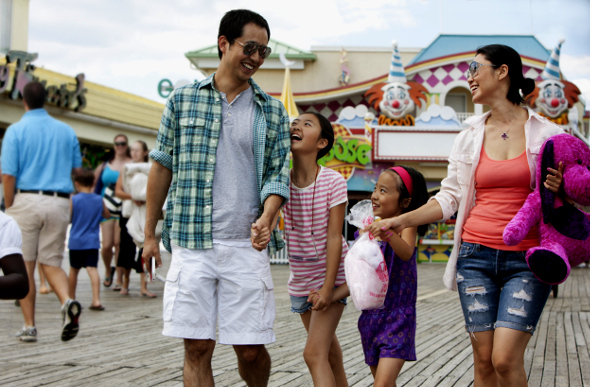 Keeping the kids happy is rarely hard in a theme park (image: Getty)