I’m sitting in an opulent dining area of one of Hong Kong’s most famous hotels. Laid before me is a literal stack of culinary delights. Yet it’s just mid-afternoon – this is neither a late lunch nor an early dinner. So what is it, exactly?

It began in the 1840s with the 7th Duchess of Bedford who was unsatisfied with the then-standard two main meals a day – breakfast and dinner. So the Duchess organised a third meal, consisting of a pot of tea and light snacks, to be delivered to her boudoir in the afternoon.

Proud of the tradition she developed, the Duchess began to shift it beyond her private sanctuary, inviting guests to join her at her stately abode. Her snack time became afternoon tea and then high tea as the ritual was adopted by Britain's well-to-do.

The 21st century may not boast the same grace and pomp of the Victorian era, but you wouldn't know it stepping out for one of the most famous high teas outside of Britain at Hong Kong’s Peninsula Hotel. 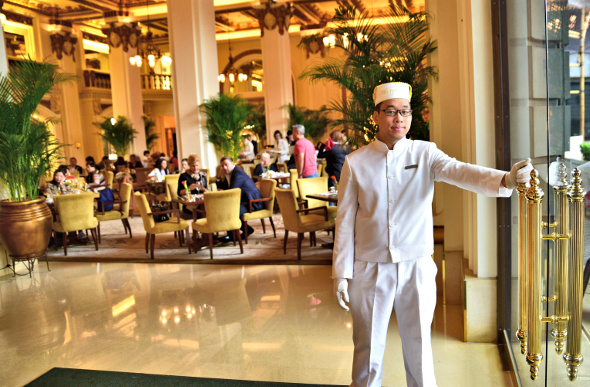 The impeccably-dressed doorman at the Peninsula Hotel (Image: Ronan O'Connell)

Even in this age of casual fashion, most visitors to this daily event come clad in smart outfits befitting the splendid surrounds of this historic hotel.

Here, amid gentle light beneath the soaring ceiling of the Lobby lounge, old-world British culture meets the famed Hong Kong hospitality. No sooner was I seated than an impeccably-dressed waitress had sidled up unobtrusively and taken my order.

“I’ll have the Peninsula Classic Afternoon Tea and a cup of white coffee please,” I responded, maintaining the strong posture appropriate of a gentleman ensconced in such salubrious surroundings. The Lobby quickly filled with a well-mannered crowd, which was a mix of tourists and local business people.

One by one the lofty trays of food arrived at tables occupied by beaming guests. There is something particularly appetising about a spread of various snacks, as opposed to one main dish. Spread out across a platter, they are wonderfully alluring. Stacked high on a tiered tray, they look even better. 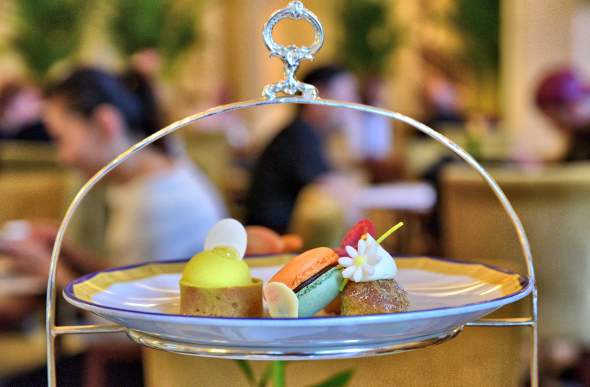 Across the lobby, mobile phones were whipped from pockets with the speed and dexterity of a gunslinger at 15 paces. Was this High Tea or High Noon? So artful were the snacks and the manner in which they were presented that they demanded to be photographed and the images shared on social media with envious acquaintances.

Then a strange thing happened. Once the digital documentation of the trays was completed, most guests actually holstered their phones.

In an age when many restaurants are tarnished by a sea of screen-gazing faces, it was refreshing to watch the High Tea participants focus on their companions and environment rather than their devices.

Such is the power of a magnificent setting and succulent treats. After all, there were chandeliers above our heads and a lineup of Rolls Royces just outside. This is not a place to be ignored in favour of a five-inch screen. More than that, there was a cluster of sweet and savoury morsels right before me just waiting to be devoured. 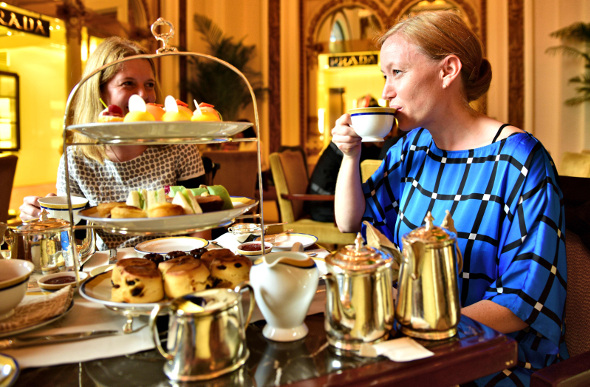 As a child I pined to start meals with dessert, but that hedonistic notion long has been wrung out of me by my mother. So I reached first for that most upper-class British of snacks, the cucumber sandwich. For something which sounds so mundane it is any but – fluffy white bread giving way to a creamy sauce and crisp cucumber.

I let loose a muffled groan of satisfaction. It got harder and harder to contain my glee as I consumed flaky savoury pastries, sweet macaroons and freshly-baked raisin scones enhanced by Devonshire clotted cream and organic strawberry jam.

I actually wasn’t hungry when I arrived for High Tea. I had filled up on an enormous brunch of Hong Kong’s famous dim sum. Yet, sitting here in the Peninsula, I lost control, my hand continually grasping fresh pieces of food and directing them to my already overworked mouth. 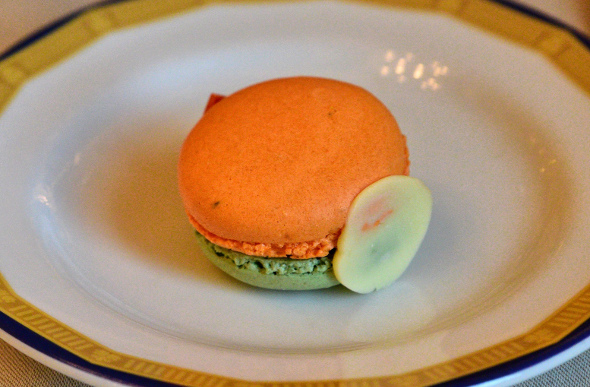 The macarons are soft and sweet (Image: Ronan O'Connell)

Amid this unstoppable surge of consumption, I hoped forlornly that I was not appearing gluttonous. One must mind their manners in such a lavish setting. Then I noticed everyone else was similarly enchanted by their High Tea snacks. Let’s blame it on the chefs.