The 40th Sydney Festival's opening weekend took over the city with an enormous lineup of theatre, dance, music, visual arts, opera and more.

The event runs for three weeks from 7-26 January. This year's festival has 157 events on the schedule, 89 of which are free. There are 383 performances taking place at 34 venues with over 900 artists from 22 countries. Attendance for the annual summer event numbers in the hundreds of thousands.

The Flaming Lips kicked off celebrations for the 2016 edition with a free performance at the Summer Sounds in the Domain concert. The band entertained thousands with confetti canons, video projections and a light show. 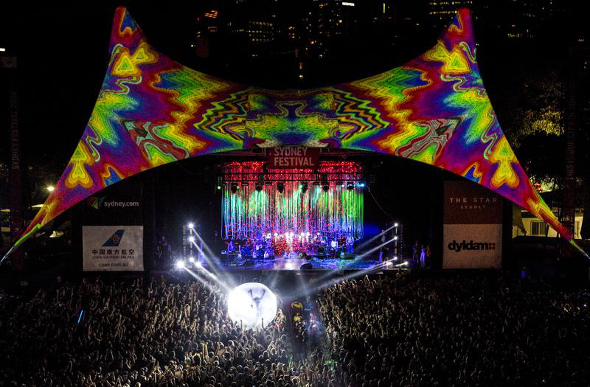 The performances at Sydney Festival are big on entertainment value

Elsewhere, visitors have been invited to help French artist Olivier Grossetete build a temporary city. A 30-metre-high cardboard building was erected and demolished at Darling Harbour, while construction of the installation 'The Ephemeral City' is now underway.

This project at Sydney's new creative playground, the Cutaway at Barangaroo Reserve, will run the full three weeks of the festival.

It is described as a "barn raising" event and includes workshops that participants can attend to build a building. In these sessions, visitors work with Olivier Grossetete's design to construct a building using cardboard boxes, rulers, cutters and boxes.

On a budget? Penniless Sightseeing In Sydney

Other highlights include Grammy Award-winning jazz drummer and composer Antonio Sanchez playing the Birdman film score live alongside the screening of the Oscar-winning movie from 16 January. Sanchez's performance will be largely improvised, as it was for the film, and he promises a different performance every time. 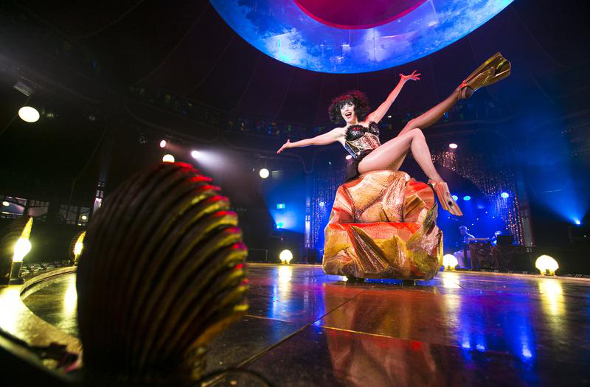 Check out a variety of free acts

On 20 January, the Belgian Anima Eterna Brugge orchestra will perform Beethoven's Symphonies 1 and 2 as part of Australia's first Beethoven symphonic marathon, which will be played on instruments from the period. It will take place over four nights.

Singer and harpist Joanna Newsom will present her new opus 'Divers' at the Sydney Opera House on 21 January. It will be her first Australian show in five years.

And the enormous list of events goes on and on.