Travel To Two Poles: The Arctic or Antarctica?

Travel To Two Poles: The Arctic or Antarctica?

Expedition people are a type of people.

In the psyche of an expedition traveller, travel isn’t a luxury, it’s a necessity. Those venturing to the Arctic Circle or Antarctica are often well-travelled already and are seeking unique experiences in remote and pristine places. The Arctic and Antarctic regions are experiencing a huge travel boom, and with more options than ever to get there, there’s never been a better time for expedition travel.

We see a huge repeat visitation to the polar regions – once they’ve been to one pole, around 80 per cent of travellers will book a trip to the other. It’s recommended to visit the Arctic before you go to the Antarctic. Having travelled to both poles, I would agree. 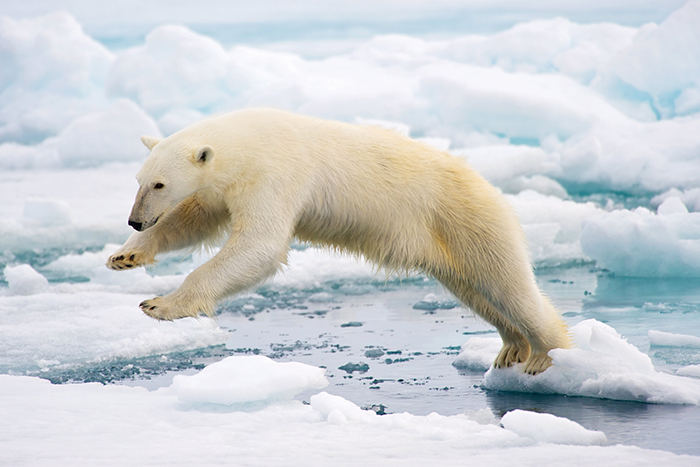 Keep your eyes peeled for polar bears in the Arctic.

The Arctic Circle spans Russia, Canada, Norway and Greenland – it’s quite spread out so you won’t see as much wildlife in the one spot, although you will also experience the indigenous cultures and Nordic settlements. In the Antarctic Peninsula, where most travellers visit, the landscape is a little bit more dramatic with more wildlife viewings in a smaller space. Whet your appetite for the poles in the Arctic and then head down to Antarctica.

Wildlife is a major drawcard on a polar expedition – polar bears in the Arctic and penguins in Antarctica. Wrangel Island in east Russia is now recognised as the polar bear capital of the world. It’s quite difficult to access though, with limited ships, including the National Geographic Orion and National Geographic Endurance (in 2020), and visitors allowed here each year. 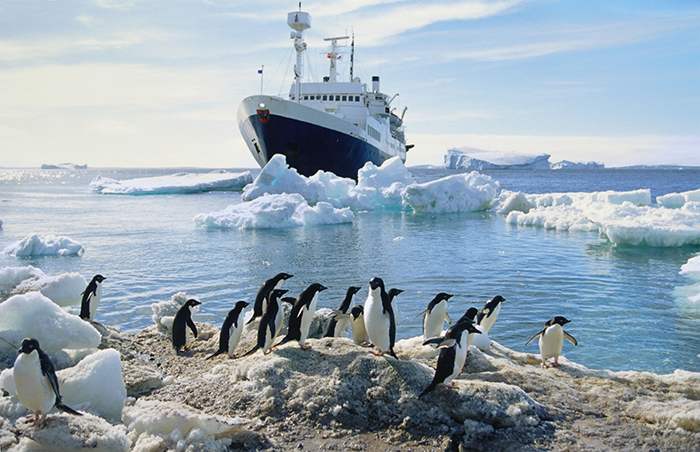 In Antarctica, within a span of 3.5 months, you can witness the lifecycle of penguins from nesting to mating, hatching and raising the chicks and then leaving again. The best time for wildlife viewing in Antarctica is the end of January to the start of February. That’s when you can see orcas, leopard seals and whales.

While guidebooks can provide all the information you’ll need about the wildlife, seasons and ways to get there, what many travellers won’t be prepared for is the onboard atmosphere. You may start as strangers, but shared experiences such as crossing the Drake Passage (a truly scary strait with waves up to 12m that’s known as the ‘Drake Shake’) on an Antarctic expedition cruise and doing the polar plunge (in your bathing or birthday suit) really bring the whole ship together. You feel as if you’ve survived something as a group so there’s a camaraderie and a closeness right away. 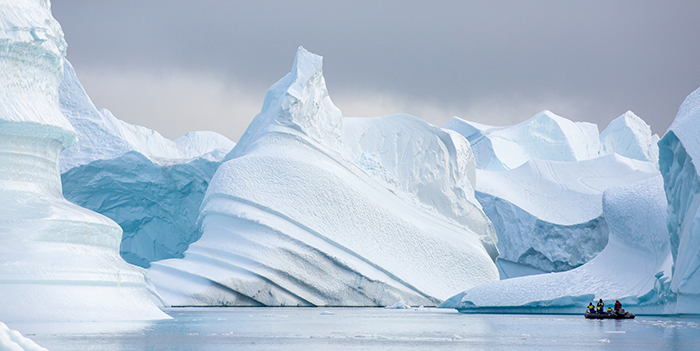 Expedition cruising in Greenland is incredible.

Being in these pristine places with stunning wildlife coupled with the learning environment on board, there comes a moment, a humbling feeling, where you really think about your place, where you are and your personal impact. I’ll be honest, I cried happy tears every day I was in Antarctica just to be there – it had a long-lasting impact on me, much more than any other destination.

Do you want to explore the ends of the earth for yourself? You can with Intrepid and Peregrine!