A Local’s guide To Hong Kong: 3 New Neighbourhoods That Should Be On Your Travel Hit-List

A Local’s guide To Hong Kong: 3 New Neighbourhoods That Should Be On Your Travel Hit-List

While Central and Victoria Peak still top the hit-lists for many visitors to Hong Kong, there’s change afoot in the harbour city. As inner-city urbanites and trendsetters have done across the world for generations, a population of bright young Hongkongese are moving into established neighbourhoods and injecting a dose of cool, opening contemporary art galleries and trendy coffee houses, that rub shoulders with 19th century temples, old theatres and shabby shophouses.

Born and bred local - hotel marketer, Clarissa Tam - reveals 3 new up-and-coming areas that should be on your radar for your next Hong Kong holiday. 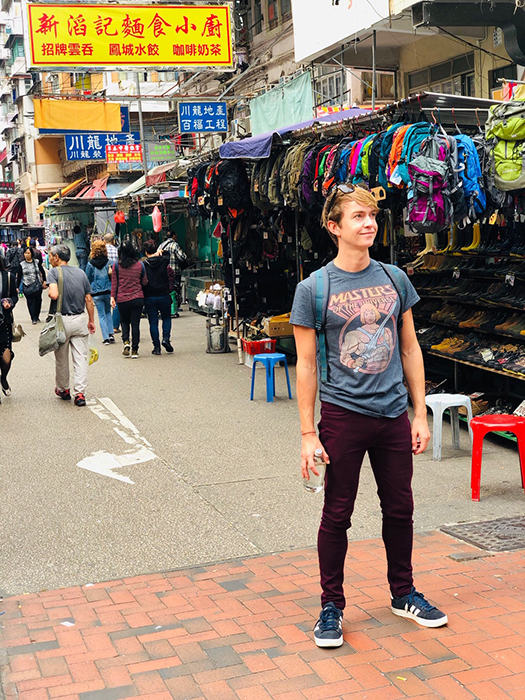 Historically a shabby, working-class neighbourhood, ‘cool’ was never - until very recently - part of Sham Shui Po’s appeal. But right now this former cluster of fishing villages  is in the very early days of a gentrification transition and as such, it’s a mishmash of old meets new, and hip meets heritage.

Thanks to a handful of trendy entrepreneurs moving in over the past two years, trendy cafes, colourful street art, and designer boutiques, now sit alongside wet markets, bric-a-brac stalls, and street food vendors. Handily for these afore mentioned designers, the area has been a longtime centre of the city’s fabric trade and the streets are lined with shops selling beads, buttons and every kind of cloth under the sun. For crafty DIY-ers this place is a trove. 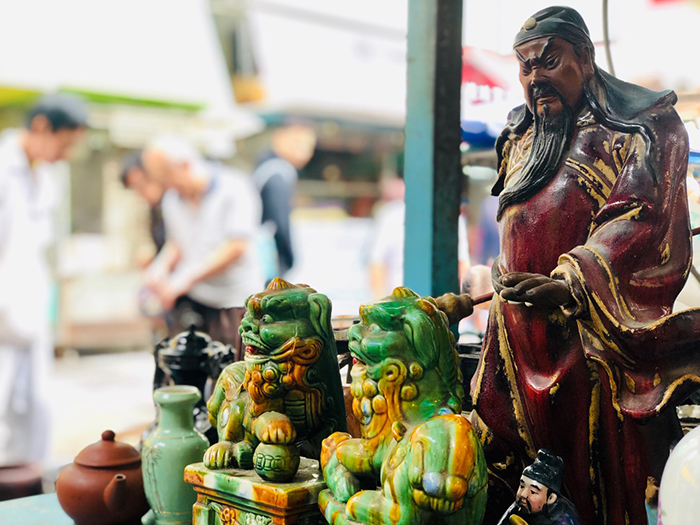 Speaking of, when it comes to treasure hunting, the grungy flea market on Apliu Street is the embodiment of the adage that one person’s trash is another’s treasure.

Held daily the main street and surrounding streets will be lined with hawkers selling literally everything with the potential for a real gem amidst piles of rubbish.

“Vintage vinyl lovers should definitely visit Vinyl Hero,” says Clarissa. “The shop is small, but it is packed to the rafters with records - especially those from the 70s and 80s.”

Another traditional go-to in this area to see - or perhaps experience - is TCM (Traditional Chinese Medicine). There are a few apothecary-like shops here that cater to the ancient practice, where pungent wares - comprising a Harry Potter-esque array of magical looking potions and herbs, with bottles and boxes of barks, plants and dried insects and lizards, seahorses and scorpions - are offered to cure every ailment, should you have the stomach for it.

Another must in Sham Shui Po is the street food. It’s here where one of the last remaining clusters of dai dai pong’s (open-air food stalls) remain. 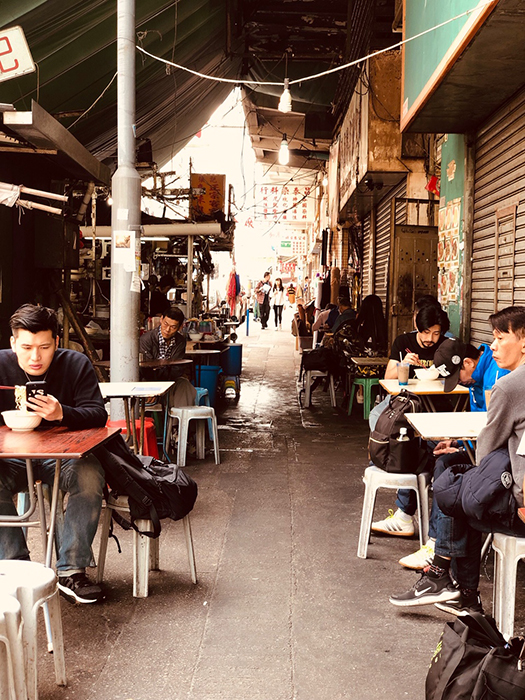 “There’s no shortage of mouthwatering street food here,” says Clarissa. “But the freshly made flour rolls - or ‘cheong fun’ as we call them - at Hop Yik Tai are worth heading to the area for alone.”

Made fresh every day, the rolls were even recommended in the Michelin Guide last year. But when it comes to Michelin fare, you can’t go past the original outlet of Tim Ho Wan. The humble dim sum joint was awarded an actual Michelin star thanks to its baked char siu bao pork buns, which are now widely touted as one of the world’s cheapest Michelin-starred meals.

“For a caffeine hit with a side of hipster, Cafe Sausolito (cafesausalitohk.com) is a fave,” says Clarissa. “It’s a community coffee shop and for anyone that appreciates a good single origin brew, this is the place to go.”

A post shared by UNAR Coffee Company (@unarcoffee) on

A Soho in-the-making, tucked away behind the hustle and bustle of Causeway Bay, Tai Hang is becoming an enclave of design-driven boutiques, artisan coffee shops, cool vintage stores and hip hotels.

“One of the most recent examples of how much things are changing here is the Little Tai Hang (littletaihang.com) boutique hotel,” says Clarissa. “It has a real contemporary cool British feel, mixing vintage with some statement artwork.”

Irrespective of whether you stay in the hotel or not, checking out the resident gastropub, Second Draft, on its ground floor is a must.

“It’s already packed with a younger crowd keen to get their craft beer fix.” continues Clarissa. “The retro-feel decor and the old tram seating are great visually and there’s an impressive number of ales on tap too.”

Post-beer, the ultimate foodie pairing can be find at the nearby dai pai dong, Bing Kee (“the pork noodle soup here is amazing!” says Clarissa). While for a pre-beer pick-me-up caffeine hit, local coffee institution, Unar Coffee Company, is the place to go. Expect all the usual go-tos - form an espresso to a flat white - but also more ingenious creations, such as the cucumber latte.

The industrial district on the south side of Hong Kong Island has blossomed over the last few years with a crop of new bars and eateries, cafes, fitness centres, a vibrant craft beer scene, alongside a slew of art galleries popping up in former factory spaces.

“One of the biggest attractions here are the array of new galleries,” says Clarissa. “Blind Spot Gallery (blindspotgallery.com) focuses on showcasing emerging and established local artists and was one of the frontrunners. Charbon Art Space (charbonartspace.com) is one of the largest gallery spaces in Hong Kong and presents a wide variety of art from Europe and Asia, while the de Sarthe Gallery (desarthe.com) is an impressive 9,820-square-foot space of exhibits from important French impressionists to contemporary and emerging talent.”

Fashionistas-in-the-know make a beeline for independent fashion boutique, EDIT (edit-thebrand.com) here, which has reopened to much fanfare in a much larger space. Another quirky retail space is Float Captain (floatcaptain.com) where Californian surfing culture meets Hong Kong. Here, local wannabe surf hounds can shop for surfboards, fins, and wax, while hanging out with the owners for a cheeky after work beer.

For coffee, Elephant Grounds Coffee & Kitchen (elephantgrounds.com) is undoubtedly one of the ‘it’ coffee shops in the city and serves up its own house espresso blend. Nearby Young Master Ales Brewery (youngmasterales.com) is one of the city’s most popular microbreweries, which produces an award-winning selection of IPAs, pale ales, lagers, porters and pilsners.

To counteract the craft beer calories, Flex Studio (flexhk.com) offers an A to Z of trendy workout techniques, from high intensity interval training and Xtend Barre, to anti-gravity and Pilates. While Red Doors Studio (red-doors.com) takes a more holistic approach to wellness with balancing yoga and meditation classes, and mindfulness programs.

Keen to explore Hong Kong's neighbourhoods for yourself? Click here!