Are You A Folder Or Roller When You Pack?

Are You A Folder Or Roller When You Pack?

American and Canadian travellers, it seems, are folders, not rollers.

In the long-running debate on the merits of folding versus clothing for optimising luggage space, the results of a new Cheapflights survey reveal a definite preference in packing habits, with rollers falling in the minority.

In the US, for example, 30 per cent of American travellers identify themselves as rollers, while that figure spikes marginally to 33 per cent in Canada.

The rest subscribe to the age-old tradition of folding, with men showing a slight preference to the fold than women.

For the survey, Cheapflights surveyed 1,000 Americans and 1,000 Canadians and went so far as to poll respondents on their dirty laundry.

For example, in both countries respondents revealed similar packing habits for their skivvies, with a little less than half (45 per cent in the US, 42 per cent in Canada) saying they normally pack a pair of underwear a day, plus a spare.

With ubiquitous checked baggage fees, more than half (57 per cent) of American respondents said they make it their mission to stuff everything into a single carry-on bag.

The most common time frame for packing in the US, meanwhile, is two to three days ahead of the departure date (42 per cent). 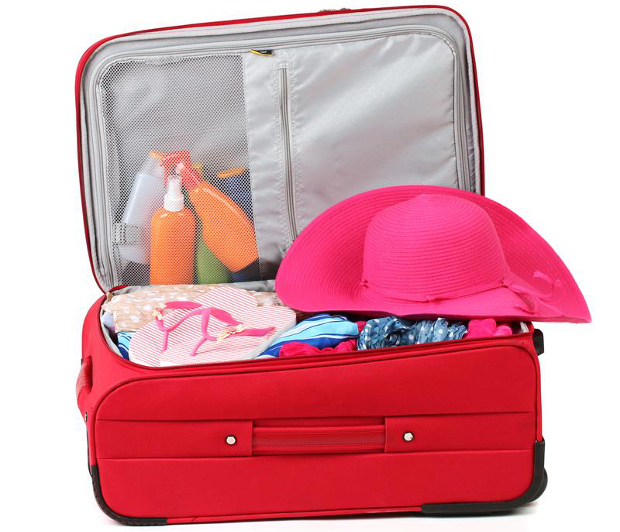 An organised and pro-active 30 per cent of travelers, meanwhile, pack a full week before they leave for holiday.

A few gender differences also emerged from the US survey, with more women than men saying they tend to make a packing list (63 per cent), and planning out their outfits (85 per cent).

But both men and women seem to share the same shoe packing habit, with about 75 per cent of both saying that two to three pairs are what they average when packing for a holiday.

Meanwhile, though opinions are split on the fold versus roll theory, Cosmopolitan magazine subscribes to the roll method as one of 20 space-saving hacks list.

However, contrary to what some preach, the article states that wrinkles are best avoided when clothing is folded, and tucked into plastic dry cleaning bags.