Tipping Guide For The USA

Tipping Guide For The USA

Think of it as removing your shoes in a Japanese home or haggling at the markets in Bali; in the USA, tipping is a way of life.

To Americans, tipping is as natural as adding tax at the register. However, for those of us travelling from a culture where slipping your waiter an extra tenner feels as unnatural as dropping money in the street, tipping is a confronting custom.

Once you’ve accepted gratuity giving as a part of the USA experience (and realised that the minimum wage is less than USD $10 an hour in many parts of the country) there are a few guidelines to ensure you nail this custom like the responsible traveller you are. When in Rome... 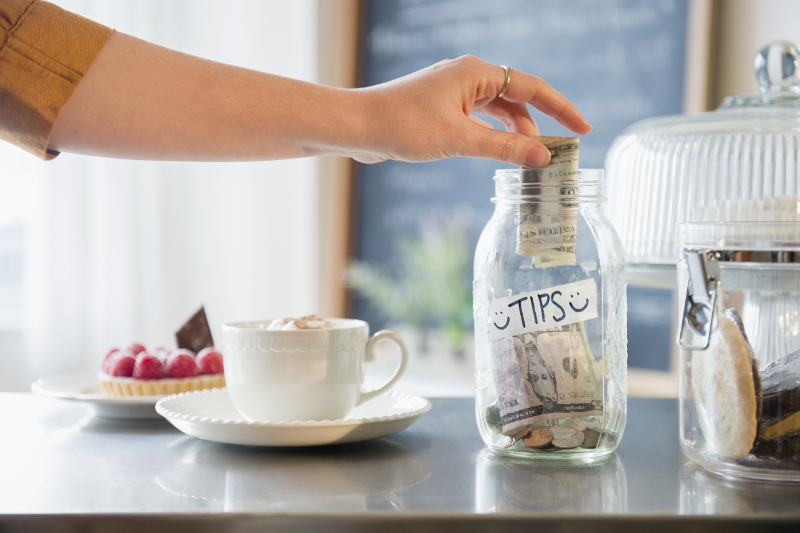 It's always better to tip more rather than less. It certainly will be appreciated

Waiters go without saying - the plight of tip-reliant servers is well represented in pop culture. But any staff member who renders you a service is eligible for a tip. Porters, tour guides, housekeepers, bartenders and concierge staff members are just a few service industry professionals who depend on gratuities, so keep a sheaf of small notes handy. 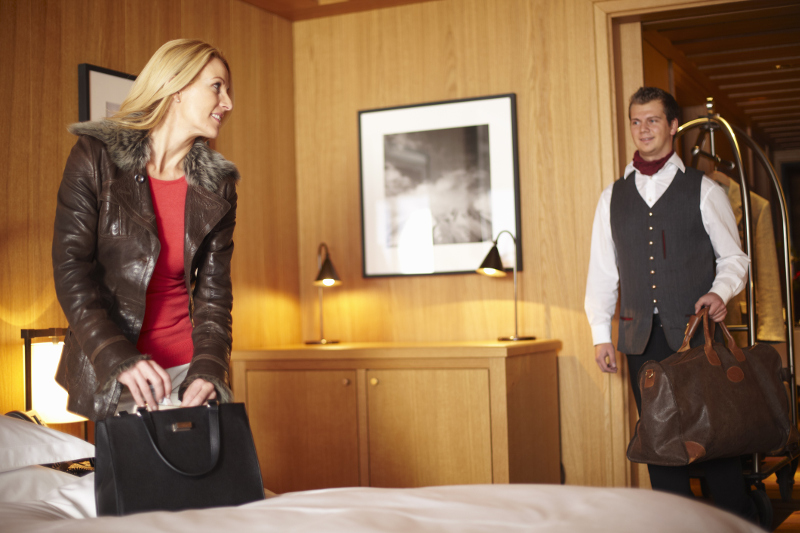 How much to tip

The average rule of thumb is 15 - 20% of the pre-tax total of your bill. If you leave less than 15%, at best the staff member will think you’re stingy and at worst they’ll worry that you were unhappy with the service.

Porters hope for $1 - $2 per bag, and housekeepers generally look for $2 - $5 a night. If you’re staying in one hotel for an extended period of time, it’s smart to leave a decent tip on your pillow each morning. 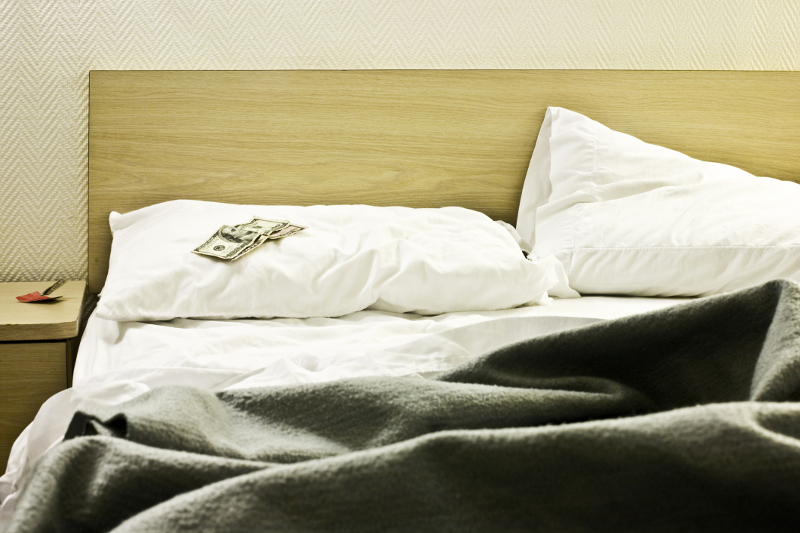 Another smart move is to tip your bartender $1 for every drink. It’s usually more than the recommended percentage, but can result in a larger serve or stronger drink next time around, particularly handy to note in a country that employs the free pour method.

15% is a good default to stick to, and if it’s an unusual service then Google the expected tip - it’s the least you can do to respect another country’s customs.

As mentioned, keep small change handy so you aren’t that schmuck making excuses for not tipping.

Some service providers add an auto-gratuity to their bill, which should be stated on the menu or store front - don’t feel the need to tip after an auto-grat has been added unless the service has been particularly outstanding. 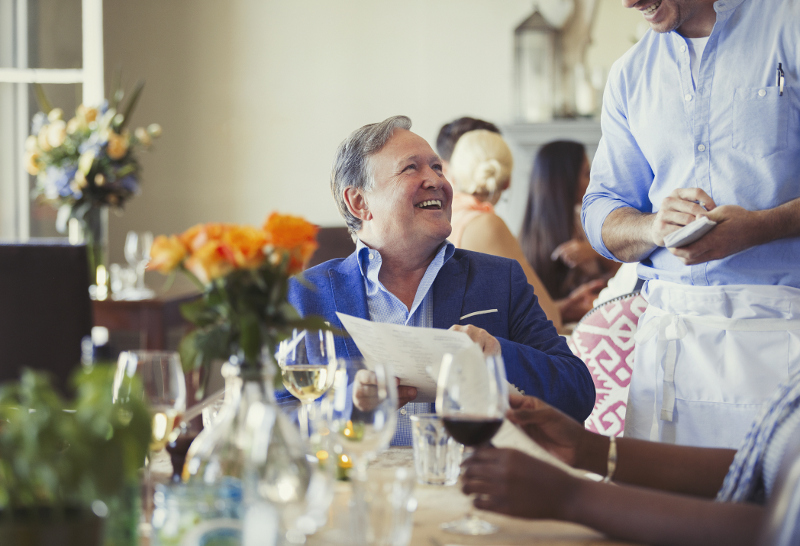 Make the best of the high level of customer service, which is usually a standard across the USA

Although the traditional method of tipping is to leave cash, most operations now have a tipping option on their credit card machines. This method will usually auto-calculate a percentage for you, but feel free to over-ride it manually.

If your calculated tip comes out to $6.20, be a sport and leave $7. You won’t miss the 80 cents; and it’s a classy move. However, don’t leave your pocketful of coins for the server to count through - you don’t want dozens of pennies and neither does he or she. 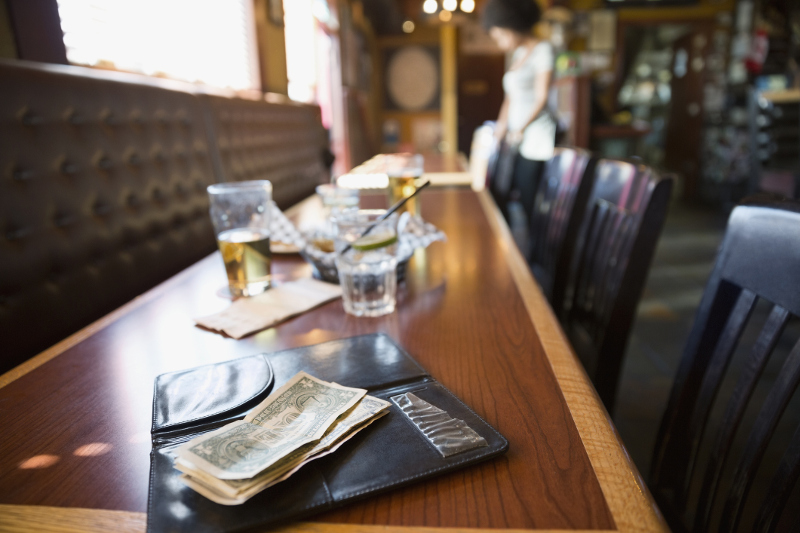 If someone has gone above and beyond, over tipping should feel natural. You may already be chafing at the expected 15 - 20%, but consider that the service provider thinks of it as part of their wage. If you’ve received service that exceeded your expectations, share the love. You won't miss a few extra bucks, and it could make your server’s day. Good feelings are guaranteed! 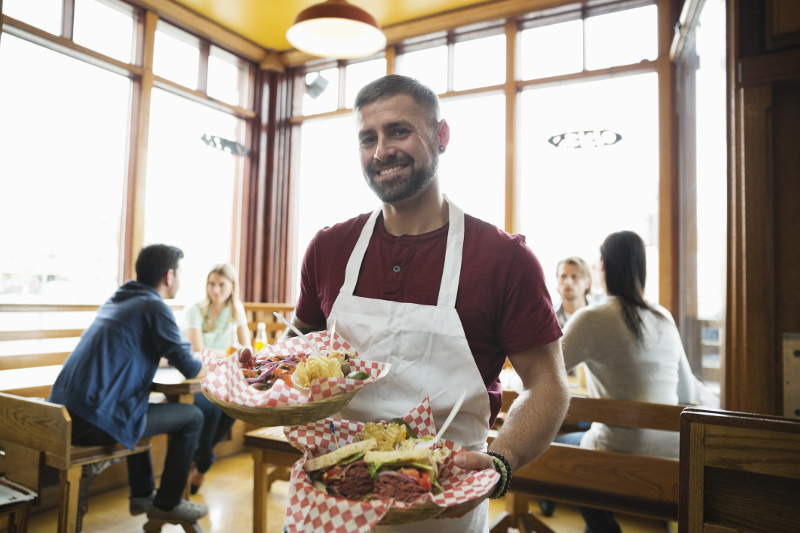 Wait staff are working for tips which they heavily rely on

It happens. Although the tipping culture encourages first-rate service, occasionally you’ll get a stinker. It can be tempting to stiff them on the tip, but this is an extreme sign of dissatisfaction and is on par with asking to speak to the manager. Unless your experience has been severely impacted, leave them the minimum and look forward to a better experience next time.