Tips for travelling to Antarctica

Put “Antarctica quotes” into Google and the results are, well, a lot. Otherworldly, like nowhere else, desolate, come up a lot. But this one from Andrew Denton perhaps encapsulates it best.

The beauty of Antarctica lies in this specific thing – we haven’t tamed it, and nor should we ever want to. Vice President of Expeditions at Hurtigruten, Karin Strand shares why Antarctica is so intriguing to travellers, and why, now more than ever, it’s important to see it responsibly.

RELATED: Luxurious Winter Holidays You Can Have In Australia 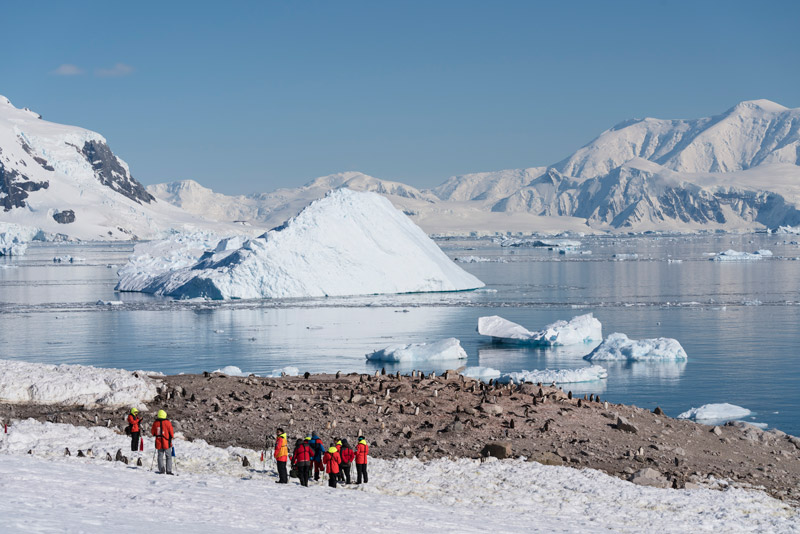 Seeing Antarctica for the first time...

“The first time I was there I remember the feeling and it transports you to a different place. Living in Norway, I’m used to winter with snow and glaciers, but until I was there and saw the magnitude of the continent, I had no expectation really. I thought this would be something slightly different from what I knew. But no, even for a blasé person like me when it comes to that kind of environment, it totally took me by surprise because we’re so small, and we become so weak in this nature that can swallow you within a minute. Because the natural forces are so strong. One wind gust and you’re gone. You're at that limit, and I think that’s what intrigues me.”

RELATED: Vinotherapy: What Is It And Why Does It Sound Delicious? 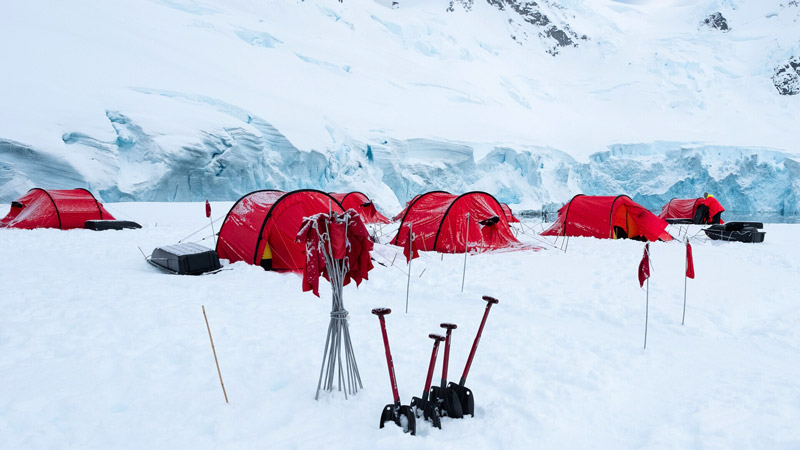 “There is no infrastructure there that distracts you from nature. No cars, no roads, no power lines. Because when we go into nature at home there are a lot of human made factors around us, which takes away the concentration of pure nature. There is no such thing in Antarctica, it’s just pure nature, and that’s it. I think probably we’ve lost to a certain degree the beauty of pure nature, there is so little of that left on the planet that those areas where you go for days and days and days where there is no human infrastructure are withering away. This is one of them, and that surprises people a lot and changes their perception.” 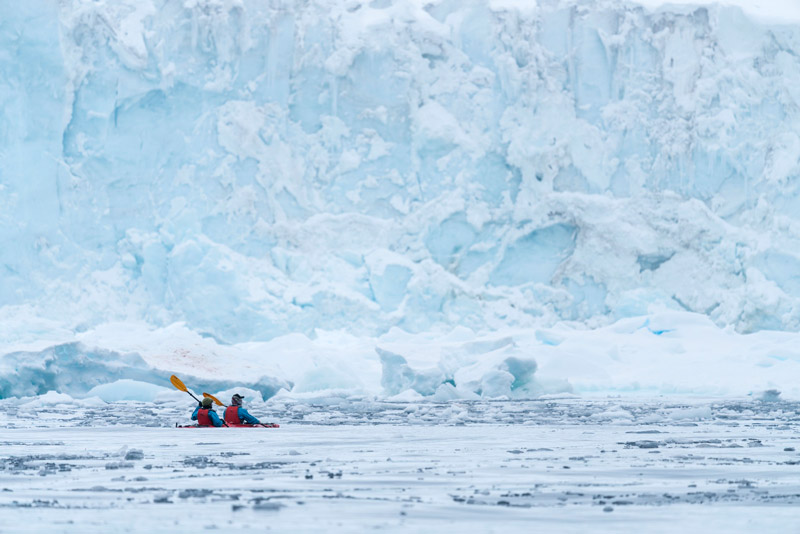 Travelling with a lighter footprint

Hurtigruten operate the world’s first ever hybrid-electric powered expedition cruise ships, meaning they can cruise into pristine environments running on battery packs alone, leaving no trace. This has reduced the company’s CO2 emissions by up to 25% and NO2 emissions by up to 90%. The goal is, of course, to operate completely emissions-free. There are no single-use plastics onboard, and it is committed to reducing food waste by 30% by this year.

“First of all, we’ve taken a step towards using a hybrid fuel. The cruise industry in general has had a slightly lazy look on what we need to do to contribute to sustainability. Fuel is, as we know, one of those things that we need to keep an eye on, and what our management did so brilliantly was to realise that very early on.”

“On the other hand, is a ship for 500 people that feels like 200 people. We are able to offer the same kind of experience as we do with a smaller ship, with a slightly larger ship. But the sustainable part of it is that, instead of using two vessels to get 500 people to Antarctica, we’re using one. So from a sustainability point of view and an operational point of view, that’s what sets us apart.” 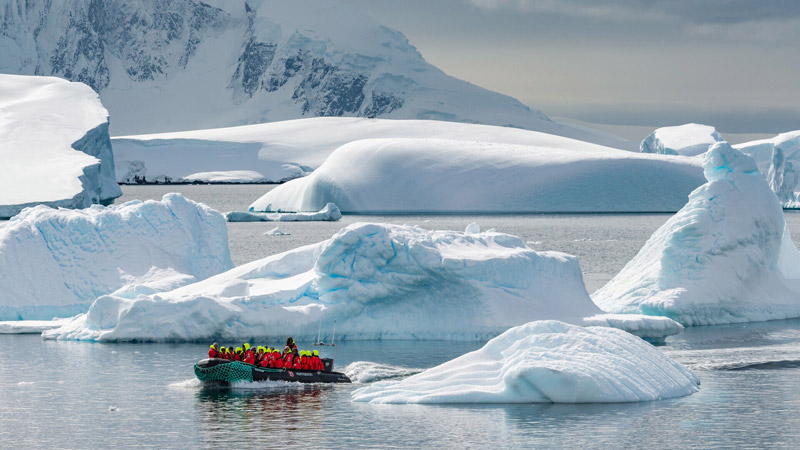 Hurtigruten is big on citizen science, and onboard its ships, guests are invited to take part in collecting and sampling data for science experiments. It has recently partnered with the University of Tasmania on an Antarctica project.

“We thought let’s start with a few microscopes that we can play with ourselves and find data that’s easily transferable to people, but then we started to say well why don’t we link this to the science community and actually get some proper data out of this? Because what we realised as well is that we are repetitively doing these voyages, which is something the science community crave for, is repetitiveness of data being collected. We can be a platform for them, at the same time educating our guests. Guests can be part of a voyage where we collect data for a PHD student or for a paper that will have significance in what we know about the world.” 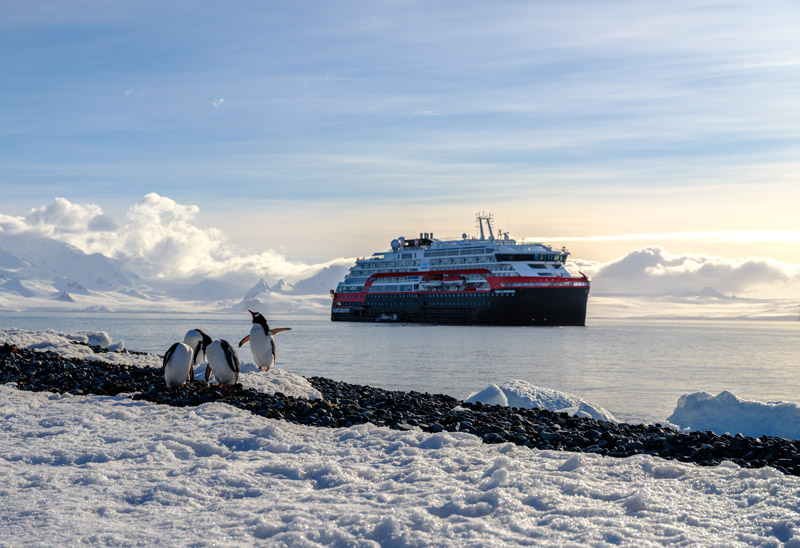 The Serengeti of the Southern Ocean

“If I had to choose [between the Arctic and Antarctic] I would say South Georgia in the Sub Antarctic. We call it the Serengeti of the Southern Ocean. There’s a reason for that. The abundance of wildlife that’s in South Georgia is absolutely breathtaking. And if you’re very lucky, you’re able to see breathing, wandering albatross, which are so elusive that it’s almost like finding a unicorn.”

“Another thing that grips me about South Georgia is the programs that [the country] has done to take back the habitats for the animals that are there. Eradicating the rats so that the small South Georgia Pipits can now breed again, albatross can breed on the main island again. And it also took away the reindeer that was introduced by whalers in the early 1900s in order to get the flora back, so the tusset grass can grow and the birds can find nesting ground again.”

“I think the combination of that place being such a haven for wildlife and that [the government] has done something to restore it from what humans have destroyed, and we can see it, I mean; and it’s such a difficult destination to do. I think that’s why I like it.” 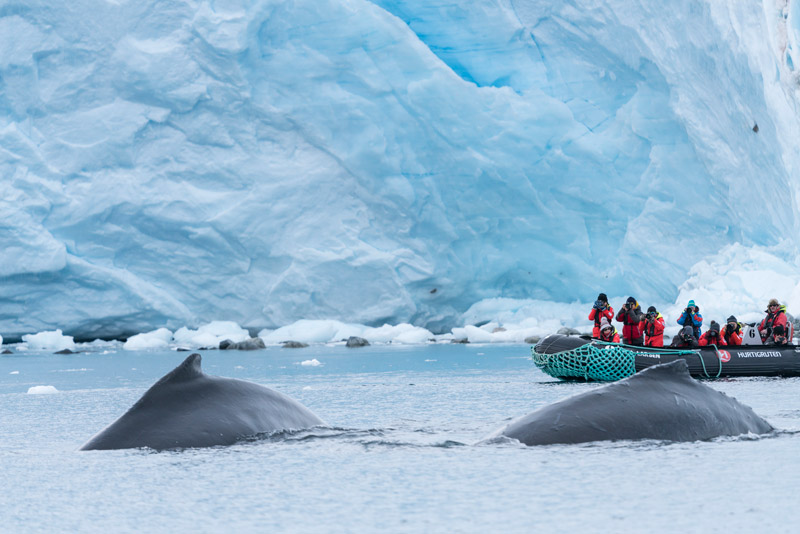 Expect the journey to change you

“There’s a different attitude from the first day when [passengers] are busy with all ‘okay what size boots should I have, is the jacket the right size, my camera, my batteries’. Then when the trip goes on and you’ve had your first experience with penguins, you leave a few things behind on the ship. The backpacks get smaller and smaller, they bring less and less. They feel a little bit more comfortable in this environment, it’s not so fearful, you’re more at one with it. And then when you’re about to leave, you’re like ‘what? Leave it now? I’m getting used to this now, this is good, I'd like to see more of this”. And then you’re like ‘yes, isn’t this wonderful?’” 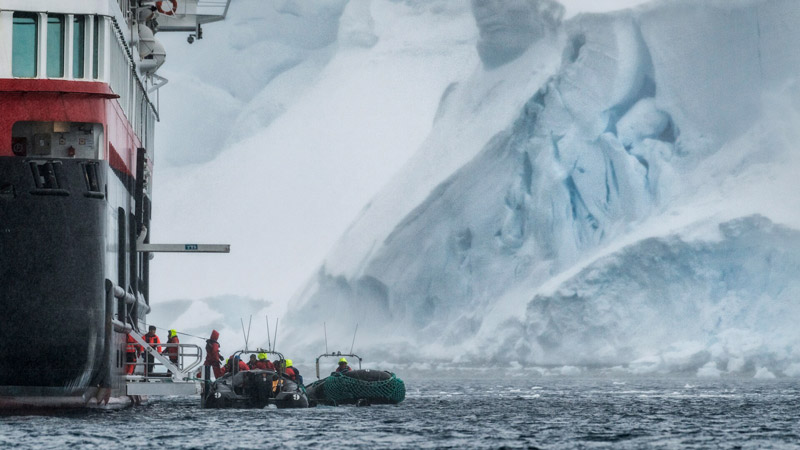 If you want to see Antarctica for yourself, Hurtigruten have 2022 cruises now on sale 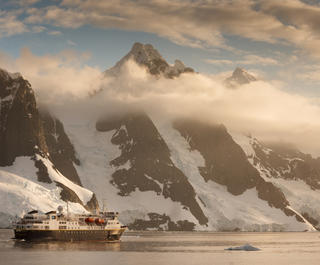 The Final Frontier: What To Expect On An Antarctic Expedition
14 September 2016
Where can you go to truly get off the grid? Away from the rat race, without text message or email interruptions and where you don’t have to deal with
Read Time: 2.5 mins
Adventure

Access All Areas: New Destinations For Cruising
13 September 2016
One of the many benefits of cruising has always been that it can bring so much to both the journey and the destination aspects of travel. Cruisers
Read Time: 2.6 mins
Adventure 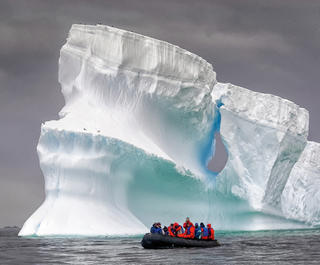 Antarctica's Polar Paradise
7 May 2016
No longer the unattainable frozen continent reserved for (fool)hardy explorers. The Antarctic Peninsula is attracting more cruisers than ever with
Read Time: 2.4 mins
Antarctica 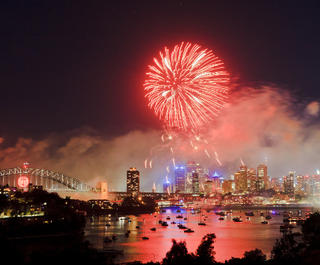 Best Places To Ring In The New Year
31 December 2015
With Christmas done and dusted and the New Year in everyone’s sights, Flight Centre has come up with a list of the hottest places to ring in 2016.
Read Time: 3.2 mins
Adventure

How To Spend The Kids' Inheritance
2 November 2015
You've long said goodbye to the nine-to-five grind, the mortgage has been paid off and the kids have finally left the nest... What's next? If there's
Read Time: 2.6 mins
Antarctica 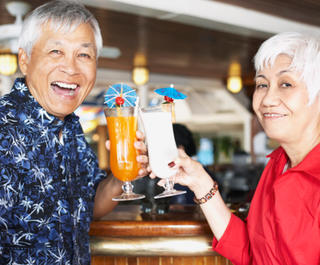 Cruising For Seniors: The 'Port Of Difference'
27 October 2015
The joys of cruising extend far beyond value for money, endless onboard activities, decadent culinary experiences and new and exciting ports of call
Read Time: 2.0 mins
Adventure

Top 10 Destinations To Get Out Of Your Comfort Zone
19 October 2015
Make 2016 the year you step out of your comfort zone and try something different. It could be a totally wild adventure like exploring the ancient
Read Time: 1.3 mins
Africa

Bucket List Travel Experiences Around The World
30 June 2015
Far-flung places. Remote locations. Epic journeys. Once-in-a-lifetime experiences. There are so many reasons why travel forms a major part of our
Read Time: 3.4 mins