10 Best London Pubs For A Pint

10 Best London Pubs For A Pint

When the weather begins to turn and the winter winds whip in off the River Thames, what better way to experience London than beside a roaring fire in a typical English pub? There are hundreds scattered throughout the city but some make the drinking experience slightly better than others.

Wet your whistle at these 10 quality London pubs

For a glimpse of London the way it once was, cross the Thames into Southwark and you’ll find the last of the city’s galleried coaching inns. Dickensian by design and indeed its very nature – Charles Dickens himself used to drink here – The George Inn has been standing since 1677.

Boasting a spectacular outside terrace and a suitably dingy ambience once indoors, The George Inn is a must-see for pub aficionados and history buffs alike.

2. The Lamb and Flag, Covent Garden 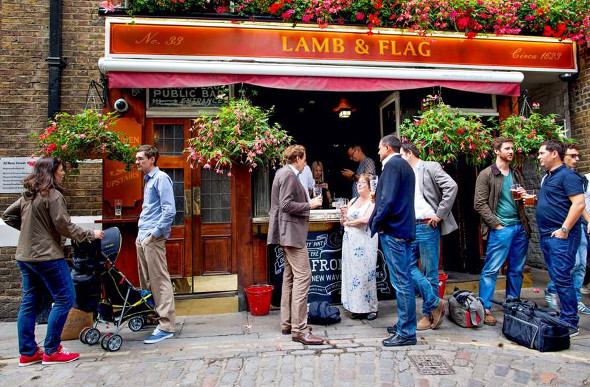 In the heart of Covent Garden not far from London’s theatre-laden West End, lies a pub with its own dramatic background. The Lamb and Flag was once known for its bruising nights out, but these days the only fight you’ll see is the struggle to get to the bar.

A dark, dimly lit establishment in the finest of traditions, the Lamb and Flag has been around since 1772 and remains an ideal example of a quintessential London pub.

Tucked away amid the upscale restaurants and boutique shops of one of London’s most exclusive districts is an unassuming, old-school English pub.

The Nag’s Head is a traditional London pub done in the most suitable of styles, boasting an open fire to warm chilled winter bones and housing an eclectic mix of sozzled regulars and the semi-surly bar staff they keep in business. 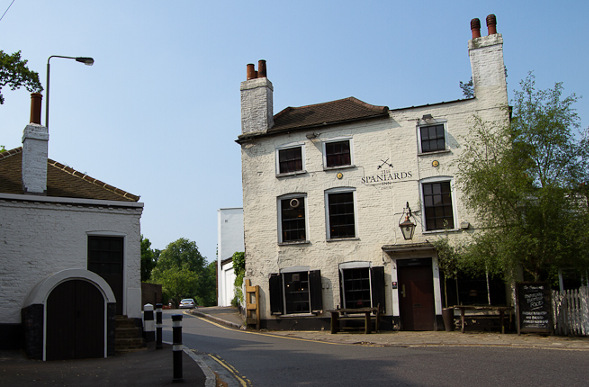 Along a dark and winding laneway on the isolated edge of Hampstead Heath is one of London’s most atmospheric pubs. The Spaniards Inn was established in 1585 and given its literary connections, it’s no surprise this haunting old-world venue is an eternal favourite with visitors.

It is mentioned in The Pickwick Papers by the insatiably thirsty Dickens, and John Keats is reputed to have penned his Ode To A Nightingale in the beer garden.

Who said great London pubs should necessarily be English? Zeitgeist-London is not only one of the best gastropubs in the city, it’s also German – making it the place to be if you’re after an authentic serving of schnitzel.

Not surprisingly, the beers on offer are far more ‘altstadt’ than ale, while the place swells with German football fans whenever Borussia Dortmund or Bayern Munich are strutting their stuff on TV. However, that’s all part of the charm.

While you're exploring the English capital: 5 London Boroughs You Should Visit

For travellers in search of a tipple: 11 Weird Alcoholic Drinks Not For Weak Stomachs 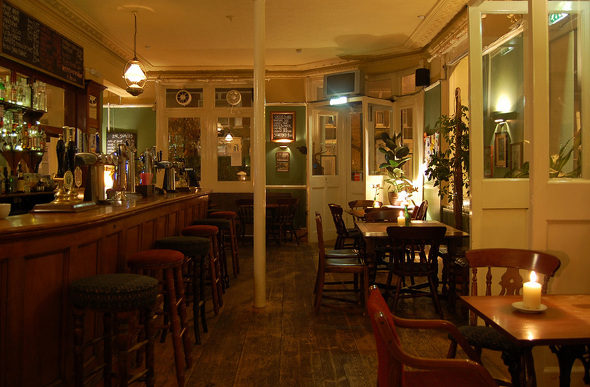 A popular local haunt for no other reason than it makes the drinking and dining experience as easy as it should be, The Earl Ferrers is a classic cosy pub well off the beaten path in London’s southern suburbs.

Boasting real ale, beers on tap and a healthy selection of wine, it caters well for discerning drinkers, while the extensive pub menu includes a traditional Sunday roast.

With a name like The Mayflower and a prominent position on the banks of the River Thames, it should come as no surprise that this nautically themed pub is actually one of London’s oldest. Established as far back as 1550, the pub has changed names countless times since, although it has always been a popular place for a pint.

With unparalleled views of the Tower Bridge from its back deck, The Mayflower is a throwback to the seafaring days of yore. 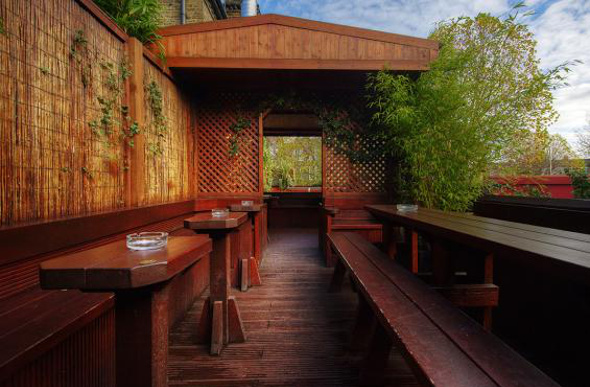 A short walk from Arsenal Football Club, the wonderfully named Faltering Fullback in Finsbury Park is one of the city’s best-kept secrets. It’s not just for its unique, ivy-coloured facade that The Faltering Fullback is well worth a visit, but also for its spectacularly secluded beer garden. Tucked behind a labyrinthine set of passageways, the dark-stained decking and long wooden benches make for a perfect summer retreat.

9. The Prospect Of Whitby, Wapping

"Avast, ye landlubbers!" is the kind of talk you might have heard when The Prospect of Whitby first opened its doors to a villainous brood of pirates and privateers way back in 1520. While the lingo might have changed, the decor is still very much the same, with Union Jack flags fluttering in the cool night air and real ship masts built into the pub itself.

This is an old maritime pub of some repute, awash with stories of the sturdy and sometimes scurrilous seafarers who once frequented it. 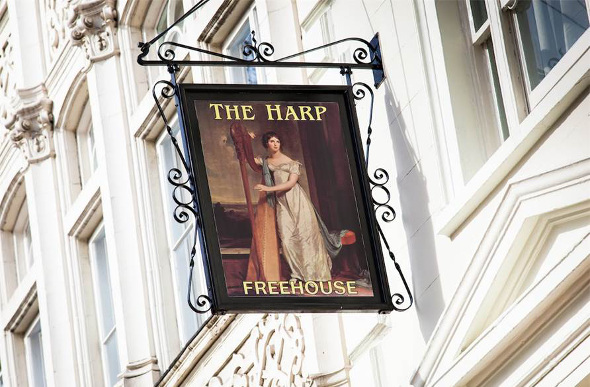 The Harp Bar is a welcome sight for sightseers. Picture: Harp Bar

Close to the action but a world away from some of the tourist-trap pubs in nearby Trafalgar Square, The Harp Bar is an award-winning pub in Covent Garden, nestled just back from The Strand. Renowned for its real ales and ciders, The Harp is a perfect place to kick back and unwind following a long day of London city sight-seeing.

Visit your local Flight Centre or call 131 600 for more advice and the latest deals on travelling to London.