20 Of The World’s Most Beautiful Cemeteries

20 Of The World’s Most Beautiful Cemeteries

Halloween isn’t all about ghosts and gargoyles, in fact some of the world’s largest resting places are also the most beautiful destinations to visit. Here are 20 of the most spectacular cemeteries well worth a visit. 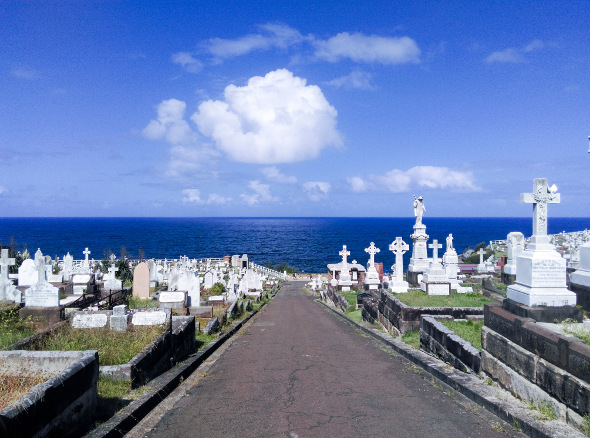 The best view from a resting place? (Image: Getty)

If any cemetery in the world holds prime real estate, it’s this one. Teetering on the cliff edge along the infamous coastal walk between Bronte and Clovelly beaches in Sydney’s Eastern Suburbs, this cemetery is a ripper vantage point to catch sunrise, watch surfers or simply drink in the ocean breeze. 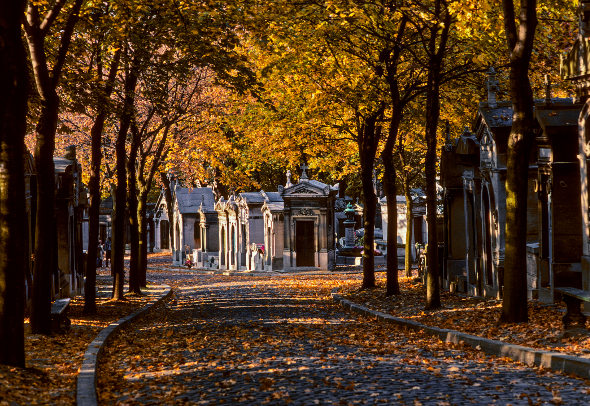 Sunset in the world's most famous cemetery. (Image: Getty)

The world’s most visited cemetery, this beautiful, hilly cemetery has a long list of famous residents. Do your research as to where they are before visiting though as finding Oscar Wilde, Marcel Proust, Jim Morrison, Chopin and Edith Piaf, among others, in the 44 hectare cemetery you could be here all day searching. 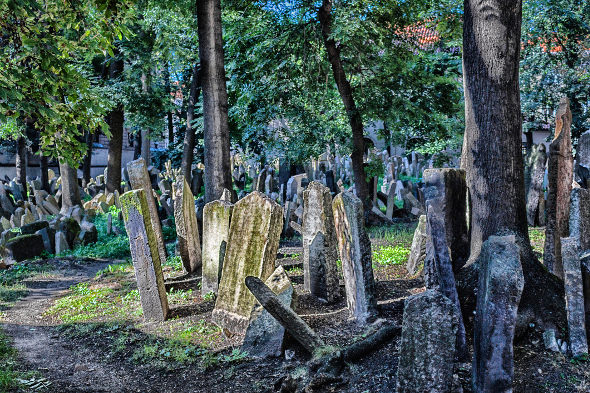 Probably the world’s most crowded cemetery, of the 12,000 headstones visible, there are estimated to be more than 100,000 bodies buried here. Dating to the 15th century, there are more than 12 layers of graves – spooky!

A photo posted by Igna Riquelme (@ignapple) on

Colourful tombs and carved cypress trees dictate the landscape at this impressive resting place in Chile’s most southern region of Patagonia. 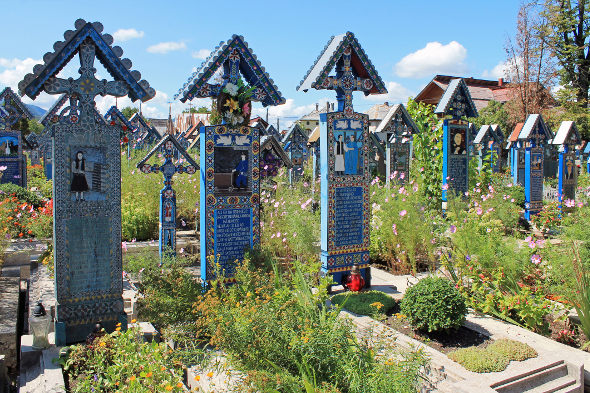 The brightly coloured wooden headstones marking graves here depict images and poetry about the deceased. The drunk of the town for example, depicts him holding a bottle to his lips! 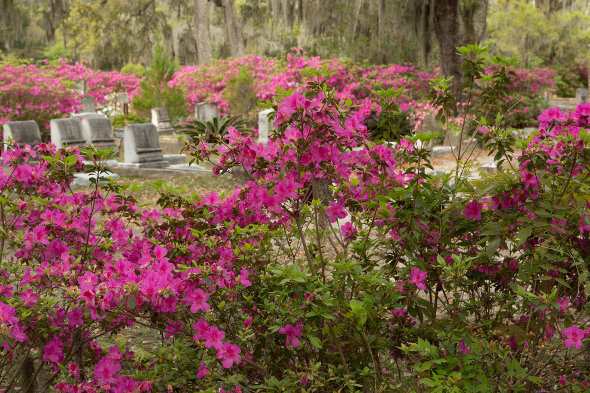 Once a plantation, this cemetery is today one of Savannah’s most beautiful sights. It became famous after appearing on the cover of the 1994 novel Midnight in the Garden of Good and Evil by John Berendt. Pre-dating Central Park, and a popular green space for New Yorkers, this cemetery has one of America’s largest collections of 19th and 20th century mausoleums and statues.

"In the midst of life, we are in death." Today's walk through Park Street Cemetery was peaceful and surreal. Many of the detailed epitaphs on the mausoleums from the late 1700s are of children, young men and women (so many in their 20s!). It's an insight into the humane side of the then colonial rulers, many who succumbed to disease. It is also like walking through history, many famous people including Henry Derozio, as well a small anonymous grave #363 whose epitaph reads "A virtuous mother". Cemeteries don't make me sad or really dwell on death, as much they remind me to really live. A photo posted by Faith Gonsalves (@faithgonsalves) on

Founded in 1767, this colonial era cemetery is today overgrown with tropical growth, a jungle resting place for the who’s who of India’s former colonial rulers. 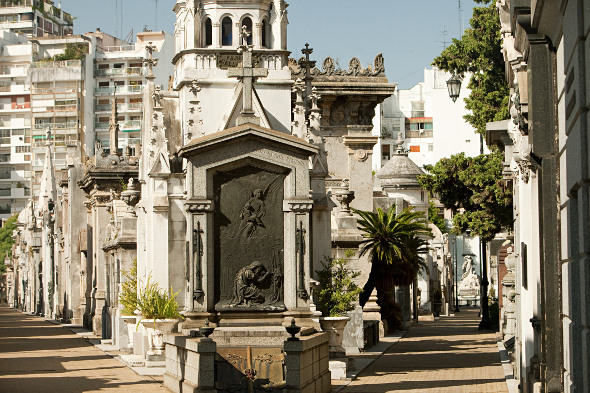 Founded in 1822, this cemetery is home to ornate tombstones of the city’s rich and powerful families, reminiscent of a golden era between 1890 and 1930, when Buenos Aires was one of the wealthiest cities in the world.

A photo posted by Diario de Pernambuco (@diariodepernambuco) on

Both the world’s largest man-made reef and the only underwater cemetery, ashes are spread across statues 40 feet below the surface, and loved ones, or visitors can dive to pay their respects. Named for the olive trees that once occupied the land, this ridge, east of the old city of Jerusalem, has been a Jewish cemetery for over 3,000 years and holds 150,000 graves. 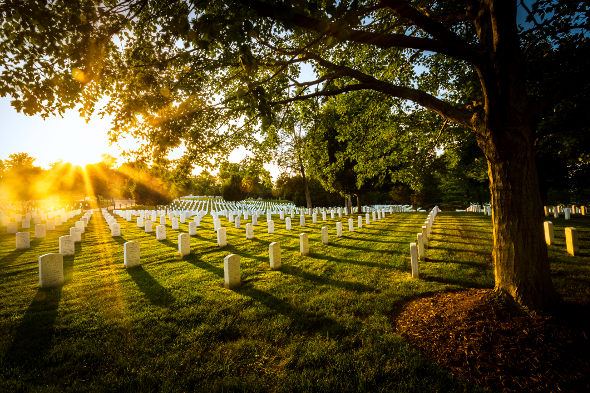 Set on 253 hectares, Arlington is the final resting place of over 400,000 American servicemen, veterans and their families. 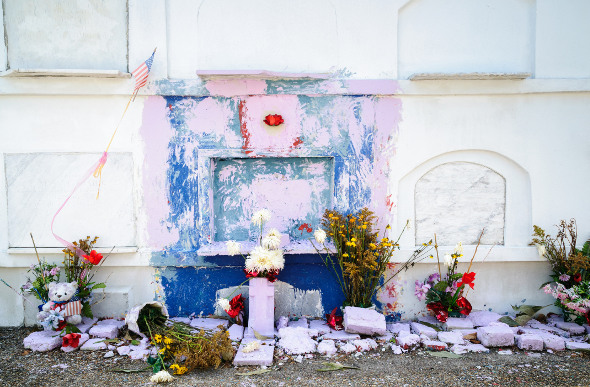 Founded in 1789, this cemetery is a maze of vaults and tombs, the final resting place of some of the city’s most vibrant characters. The most famous grave here is probably that of Voodoo Queen Marie Laveau, whose tomb receives visits from tourists and voodoo enthusiasts alike.

The resting place of some 50,000 people, Glasgow’s City of the Dead is a multi-faith cemetery, with the graves of Catholics, Protestants, Quakers, Jews, Lutherans and more. 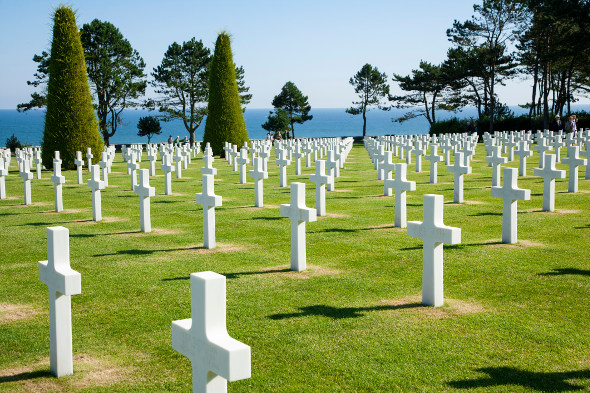 Simplicity at the American Military Cemetery in Normandy. (Image: Getty)

The first US Army cemetery on European soil, this cemetery is the resting place of almost 10,000 American militants, each grave marked by a simple white cross.

Across the street from Paramount Studios, this is the resting place of many of Tinseltown’s biggest names, including Jayne Mansfield, Johnny Ramone, L’Wren Scott and Harry Chandler. 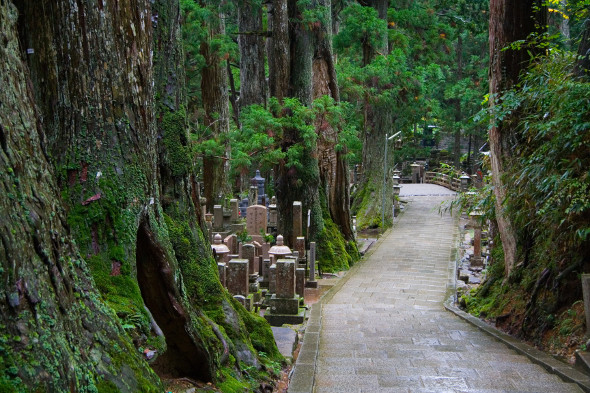 Japan’s largest cemetery in the forest of Mount Koya, this beautiful cemetery is home to more than 200,000 graves. It’s distinctive memorials even include monuments to termites killed by pesticides and fish killed by chefs.

The Tomb of Poets is a resting place for Iran’s cherished creatives, including scientists, scholars and writers. The Postmodernist and Moorish architecture of the monument is an impressive sight in itself. 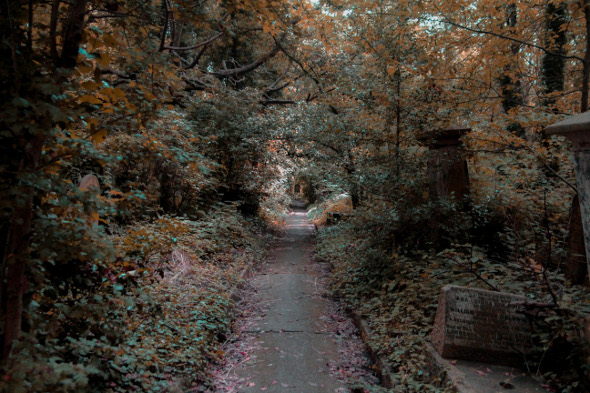 A piece of wilderness in central London. (Image: Vicki Fletcher)

Most visitors to London know about Highgate Cemetery, however this lesser know, yet equally as impressive cemetery is an alternative that won’t disappoint. Access to Highgate Cemetery is limited mostly to tour groups, whereas Abney Park is open for everyone to enjoy. This overgrown jungle is a maze of pathways, shaded courtyards and even an empty church. 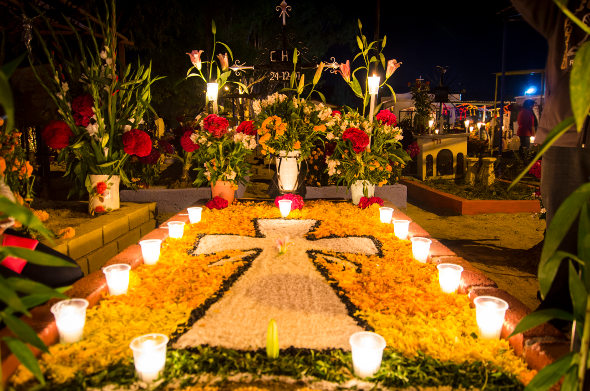 Decorations for Day of the Dead. (Image: Getty)

On October 31, the night before Day of the Dead celebrations, this cemetery comes to life with people welcoming the spirits of family and friends past, who are believed to return on November 1 and 2. Graves are decorated and groups gather in celebration.