A United Kingdom of Castles

A United Kingdom of Castles

Scattered across Scotland, England and Wales, grand old castles and beautiful manors offer a glimpse into Britain's past.

Nestled on a small rocky isthmus jutting out from the placid shores of Loch Awe, the remote ruins of Kilchurn Castle still stand more than 500 years later. It’s considered Scotland’s most picturesque castle and it’s easy to see why. 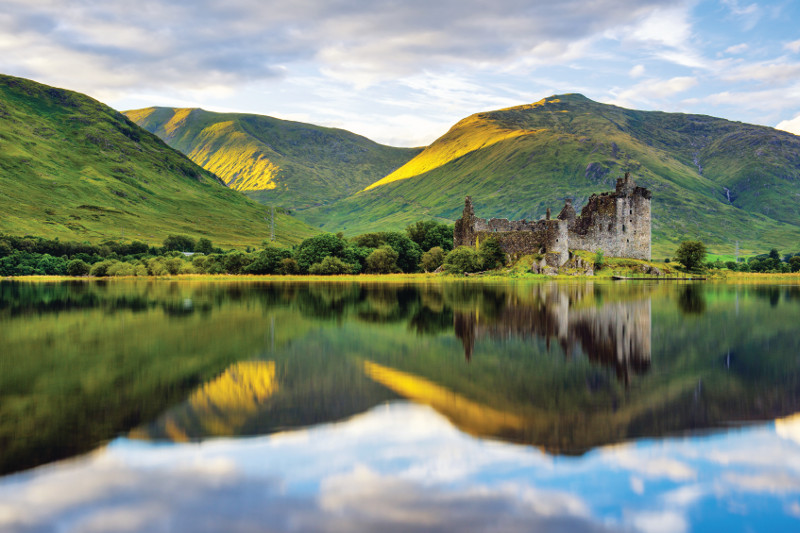 Built by the Campbells of Glenorchy, it served as their powerful base for 150 years – used as a government garrison during the 1745 Jacobite rising before being abandoned in 1760 after being badly damaged by lightning. When you get up close and step inside, it’s easy to let your imagination run wild and bring it back to life – all n the midst of those same, virtually untouched, quintessentially green Scottish landscapes.

It’s the eloquent architecture of this 12th-century Augustinian abbey that first captures your attention, with its striking mix of Romanesque and early Gothic graces. Jedburgh Abbey is one of Scotland’s most enthralling ancient monuments and has withstood the test of time, and conflict, in the Scottish Borders just north of England. 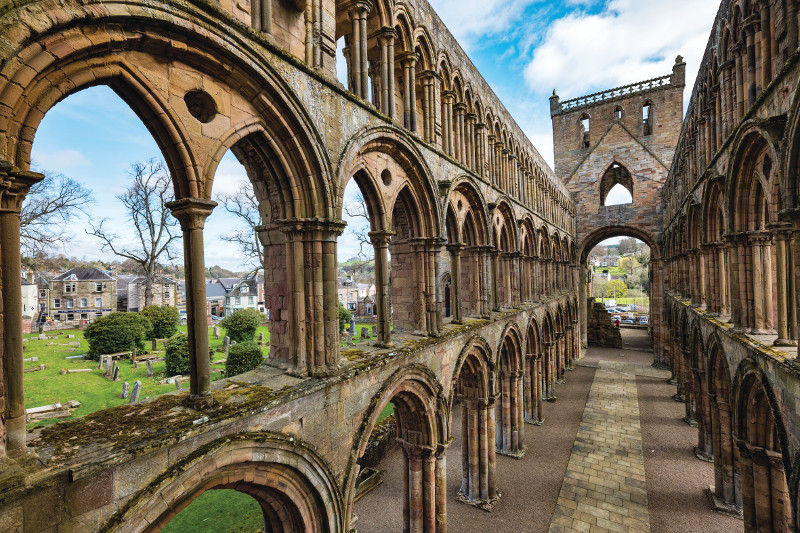 The ruins of Jedburgh Abbey in Scotland.

Once home to a community of Augustinian canons from France, today it is still possible to wander the rooms, chapels and majestic spaces inside. A stroll through the cloister garden is perfumed with the sweet scent of herbs – many of the same variety of plants here were used in medieval times.

Colourful blooms, distinguished hedges and perfectly manicured lawns have, throughout time, graced many royal residences and stately manors. The 15th-century Sudeley Castle, in Gloucestershire in the heart of the rolling Cotswolds, offers the perfect example. 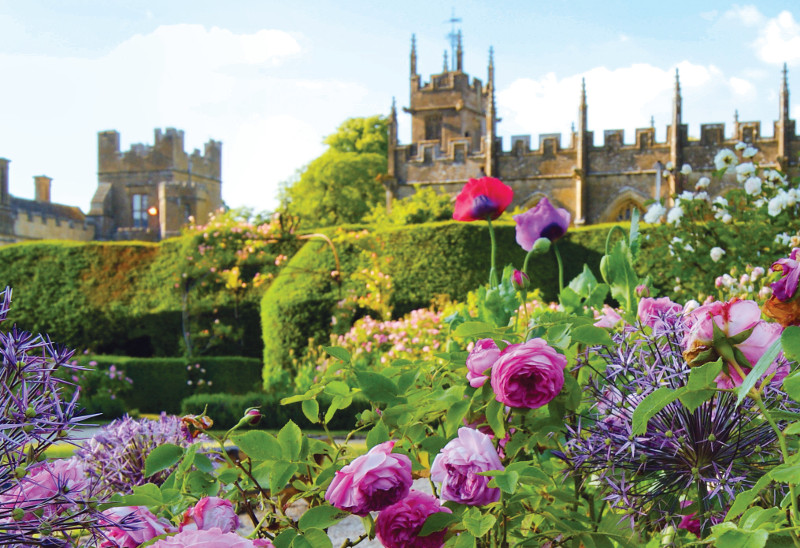 Sudeley Castle in England is famous for its stunning blooms.

Perched on 486ha of pristine estate lovingly restored to recreate the beauty of times gone by, there are 10 award-winning gardens to admire, from spring blooms to autumnal foliage. They’re just as beautiful as the castle’s many intricacies. It’s also the only private castle in England to have a queen buried within its grounds.

Like the many royal and rich patrons who have stayed here since it was established in 1775, you too can indulge in a luxury sleepover at The Royal Crescent Hotel & Spa. 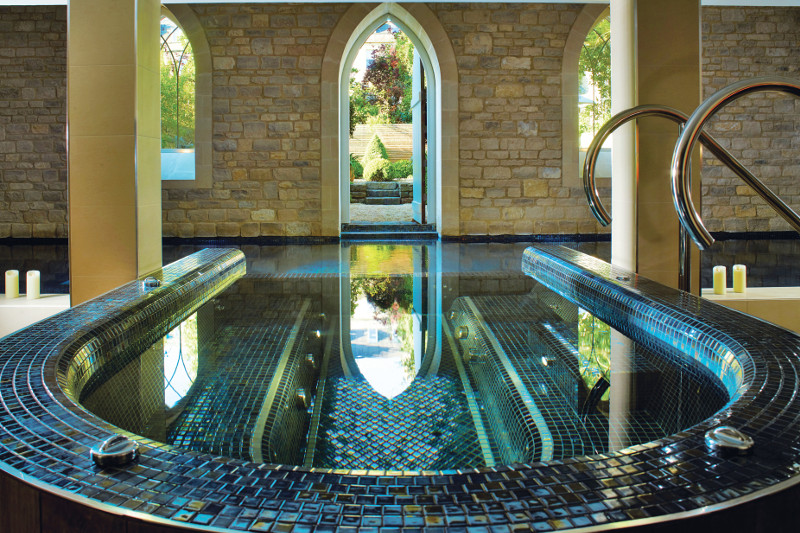 The Royal Crescent Hotel & Spa is a wonderfully royal experience in England.

Devon’s Powderham Castle is a fortified marvel dating back to the 14th century. But what makes it so special – and immaculately preserved – is that for more than 600 years, the illustrious Courtenay family have called the castle home. On a guided tour you can peek inside this magical, modern-day fairytale existence. 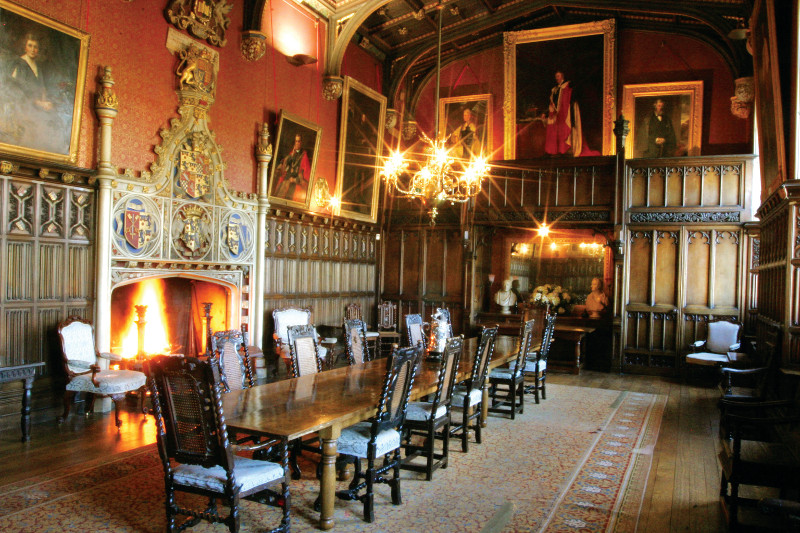 Discover hundreds of years of history at England's Powderham Castle. 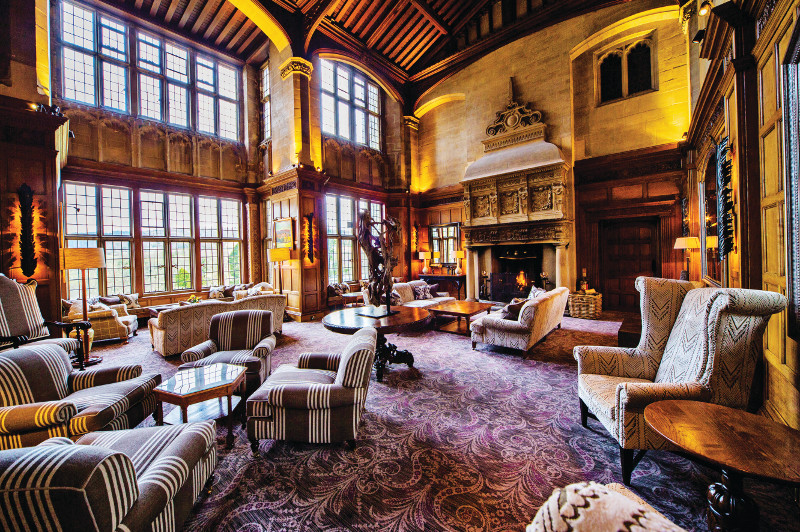 A luxurious 5-star property with more than 100 years of history, it has one of England’s finest golf courses, 60 grand bedrooms, 22 self-catering country lodges, two restaurants and a heavenly day spa. Welcoming hospitality and exquisite ambience is guaranteed and good news for pooch lovers – dogs are welcome.

Wales is home to more castles than any other country in Europe and Cardiff Castle is one of its most significant treasures. The fantasy-like Gothic detail found inside makes it one of the most captivating and richly complex sites in Britain. 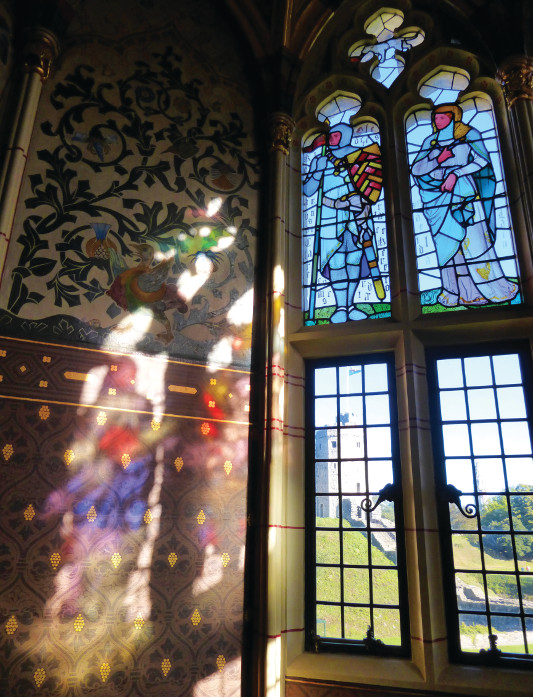 Adorned with colourful stained-glass windows, lavish marble, gorgeous murals, gilding and elaborate wood carvings, it’s a stunning and spectacular visual feast to explore. While Cardiff Castle’s origins date back to Roman times, it has undergone many transformations – from the 11th-century motte and bailey castle at its core to the 19th-century Victorian Gothic style it presents today.

It’s the castle childhood dreams are made of, with its classic stone fortress walls, distinctive medieval towers, barbicans and iconic suspension bridge. Built in the 13th century by Edward I during his conquest of Wales, it was designed to watch over the walled town of Conwy below. 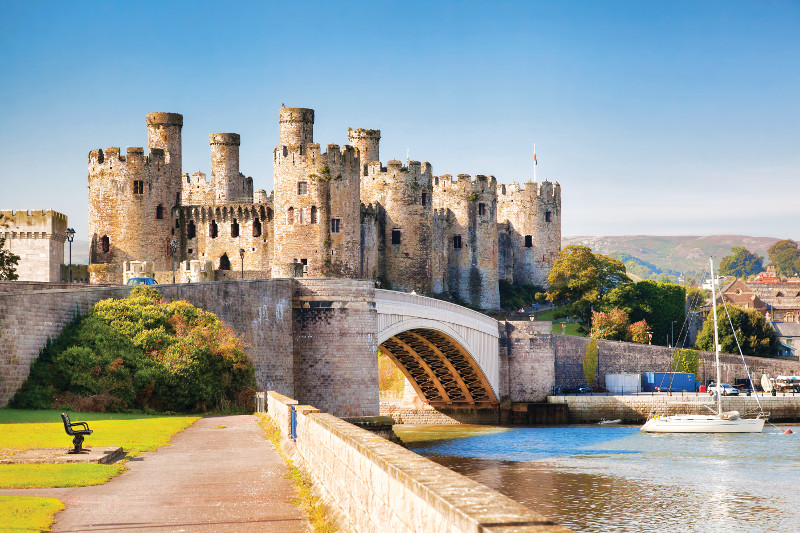 Now, the entire site has World Heritage status. From the great halls, private chapels and royal chambers to the panoramas from the battlements, Conwy Castle is as captivating up close, in splendid detail, as it is from afar.

Windsor Castle is woven into the very fabric of Britain as the family home to British kings and queens for more than 1,000 years. Today, Windsor Castle is Queen Elizabeth II’s favourite weekend palace – one of three official royal residences. 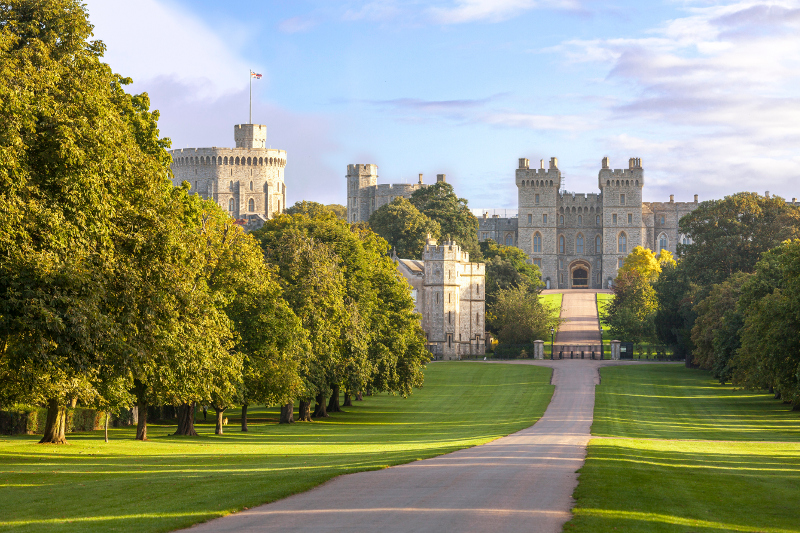 When the Queen is not in residence, you can walk through the gates for an exclusive encounter, from a peek inside Queen Mary’s Dolls’ House to the incredible St George’s Hall – the largest green-oak structure built since the Middle Ages. A trip to Britain just isn’t complete without a visit to one of the oldest and largest occupied castles in the world.