No longer the unattainable frozen continent reserved for (fool)hardy explorers. The Antarctic Peninsula is attracting more cruisers than ever with its promise of awe and wonder.

Here's a taste of what you can experience on an Antarctica cruise: eight incredible photos that prove why this part of the world is so alluring. 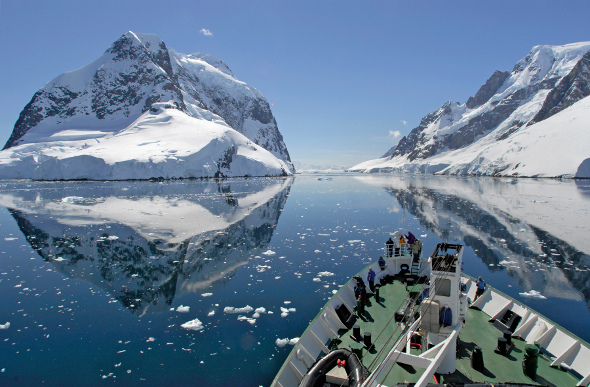 When the weather is favourable, the Lemaire Channel delivers a photo opportunity like nowhere else on the Antarctic Peninsula.

Most ships arrive from the north, passing through the gap and into the channel proper to find a mirror-still expanse of water that perfectly reflects the surrounding mountains and glaciers.

So many photographs are taken here; it’s jokingly called 'Kodak Gap'. Lindblad Expeditions and National Geographic are well known for their photographic tours. 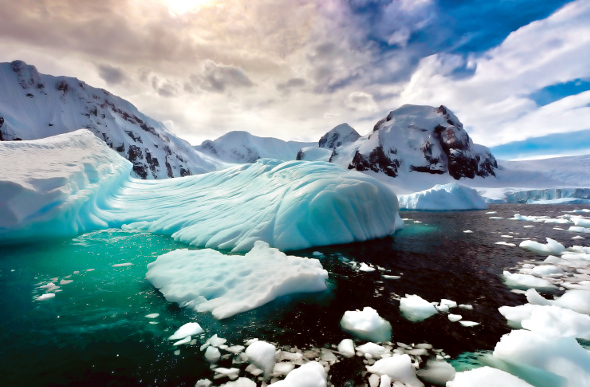 Nature creates the most beautiful art

The sensation of cruising among majestic deep blue waters dotted with ice crystals and imposing formations is a lingering experience for visitors. Whether it’s in a tiny Zodiac boat or on board your cruise ship, you get the feeling of being in a world far away.

Even aboard a luxurious ship like Hapag-Lloyd’s MS Hanseatic, the beauty and savagery of this environment is not diminished. 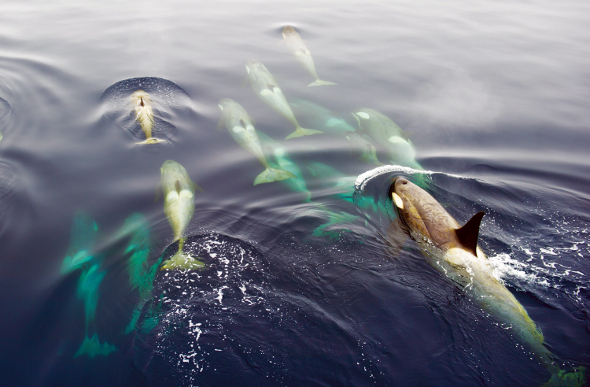 It's easy to spot orcas in the wild

Even in the coldest months of the year, killer whales, or orcas, can survive deep under the ice in Antarctica. Male orcas, with their tall dorsal fin, grow to 9.75 metres while females average around 8.5 metres, and they love to feast on fish, seals and penguins.

The largest of the dolphin family, pods of these highly intelligent and social animals are best observed from the deck of a ship like Ponant’s L’Austral. 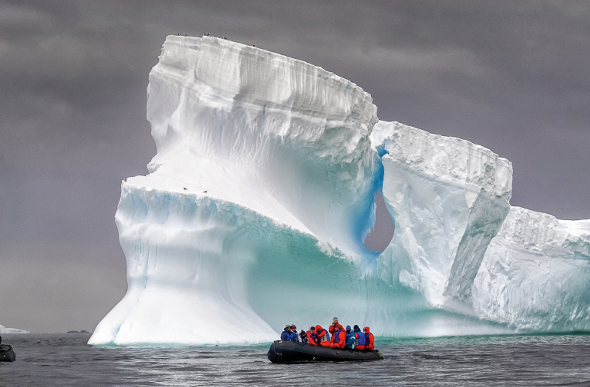 Get up close to the impressive icebergs in a zodiac

Icebergs come in all shapes, colours and sizes with only about 10 to 20 per cent of their mass visible above the water. They can be thousands of years old and as big as the island of Sicily, making icebergs the real wonders of the sea.

Cruising in a Zodiac next to a giant ice structure is an intoxicating experience. Just don’t get too close: icebergs can roll over without warning. 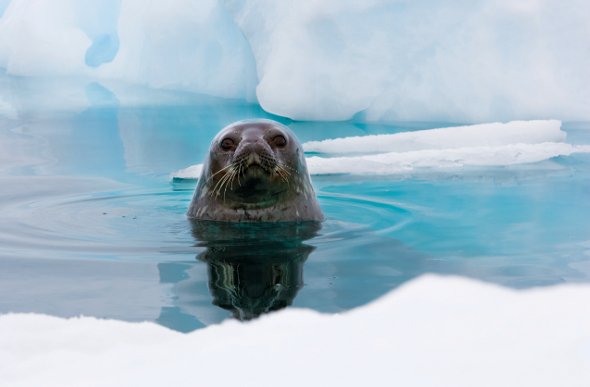 Learn about these cute seals on a cruise

These chilled-out mammals are not particularly shy of humans, and can grow to a whopping three metres. Their expert diving skills help them avoid their predators, the orcas and leopard seals, plus capture their favourite fish.

You’ll learn all about these and other lovable animals with specialist lectures aboard ships such as those operated by Peregrine Adventures. 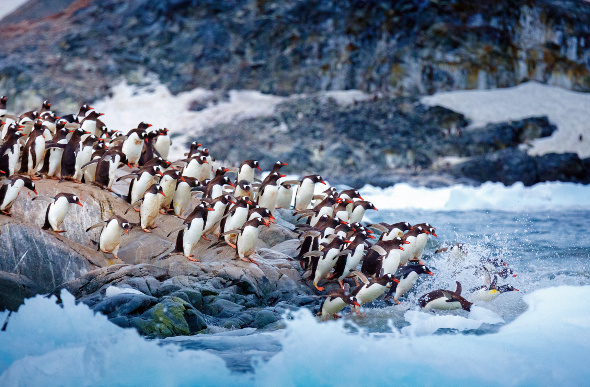 These gentoo penguins can be seen all over Antarctica, living in large colonies where there is not too much ice. Bird experts, like those aboard Silversea Expeditions, will help you learn all about their crazy antics. 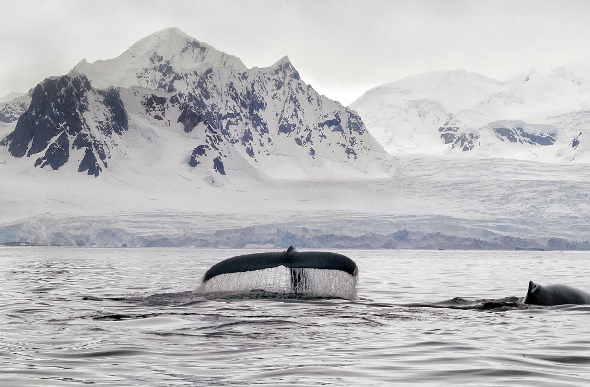 In the summer months, whales travel to Antarctic destinations, including the 2.5-kilometre Yalour Islands in the Wilhelm Archipelago, to feed on huge amounts of krill that thrive there.

Quite often you will see the tail of a huge whale like this fluke as it dives for its next meal. Humpback, minke, fin and even the giant blue whales (the largest mammals ever to have lived) can be seen in the nutrient-rich waters around the peninsula. 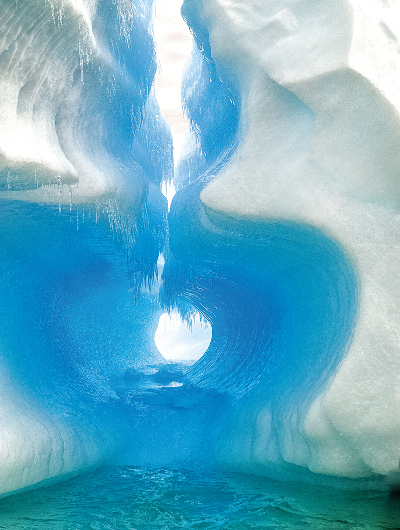 One sight you won't soon forget

At the bottom end of the Lemaire Channel, you’ll find the otherworldly Iceberg Alley. Because of the currents and winds, icebergs from all around the peninsula end up there when they run aground in the shallow water, creating a bizarre landscape of icy allsorts.

No wonder it’s a popular place for Zodiac cruises full of eager photographers. Even on voyages where there may not be many landings, for example with Holland America Line, you can still enjoy incredible spectacles like this from the deck.