Dos And Don'ts When Visiting Bali

Dos And Don'ts When Visiting Bali

For Australians, Bali is just a hop, skip and jump away, and first choice for many looking to kick back and relax on a sun-filled escape. While the locals may be more than happy to cater for visitors, a little consideration still goes a long way in Bali. Here are a few dos and don’ts to consider if you're visiting this popular Indonesian island. 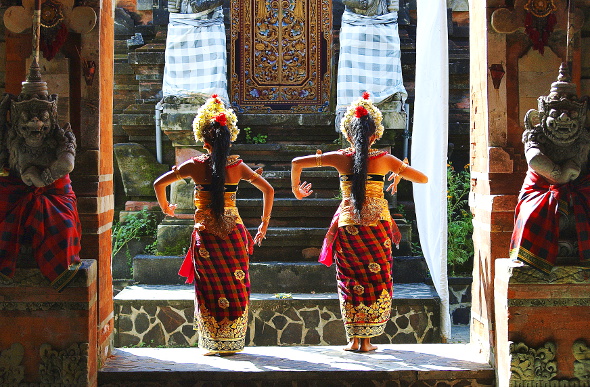 DO: Cover Up In The Temples

It is expected that visitors dress and act modestly when entering the temples This includes covering up for both men and women, and a sarong or scarf is the ideal way to do this. Be aware, however, that not all temples loan out sarongs, so take one with you if you’re not dressed suitably.

DON'T: Use Your Left Hand When Giving/Receiving

In Bali, using your left hand when passing something to somebody (for example, money) is generally considered disrespectful. It is preferred that you use both hands. It sounds easy enough, but this is a simple gesture many Westerners forget. The Balinese are very aware of this custom and will notice – and appreciate – if you abide by it.

DO: Leave Your Shoes Outside

When entering many cafes and especially people’s homes, it is considered impolite to keep your shoes on. While roaming the streets, you will notice many cafes have a whole host of shoes sat on their doorstep. Try to wear footwear that you can easily slip on and off, as it’s likely you will be expected to remove it regularly.

Touching people’s heads is a big no-no and one practice you should always remember in Bali. The Balinese believe that the head is the most sacred part of the body. As such, an action like ruffling a child’s hair – even if in a playful manner – is considered highly impolite.

DO: Be Careful Where You Step

As you walk down the Balinese streets you’ll notice tiny fragrant parcels made from palm leaves everywhere. The streets will smell of them, especially in the morning. They are gifts designed to appease the Gods and are often adorned with flowers and incense. These little sachets are normally placed in front of doorways and often directly on the pavement. Be careful where you tread: there’s nothing more disrespectful than stepping on something meant for the Gods.

It’s best not to drink the tap water in Bali, but this shouldn’t be too much of an inconvenience as bottled water is cheap and plentiful. Also be careful of ice in drinks and salads that have potentially been washed in tap water, and use bottled water to brush your teeth too.

DO: Haggle – But Not Too Hard

Haggling is expected in the markets, but be careful just how hard you push the Balinese. They expect a little bargaining but if you’re pushing a hard bargain over a small amount of money, it’s generally best to give in. It’s likely that these smaller amounts mean more to them than they do you, so always try to find that balance when seeking a good deal.