Beat Boxing In The Bronx: The Birthplace Of Hip Hop Tour In NYC

Beat Boxing In The Bronx: The Birthplace Of Hip Hop Tour In NYC

It’s shaped popular culture, first from a distance, then in the mainstream, for decades. From the way we dress to the way we dance, hip hop music has infiltrated cultures right around the world in myriad ways. While in New York City, Greer and Jessie went right to the roots of hip hop on the renowned Birthplace of Hip Hop Hush Tour, taking in graffiti murals, iconic buildings and layered narratives along the way. 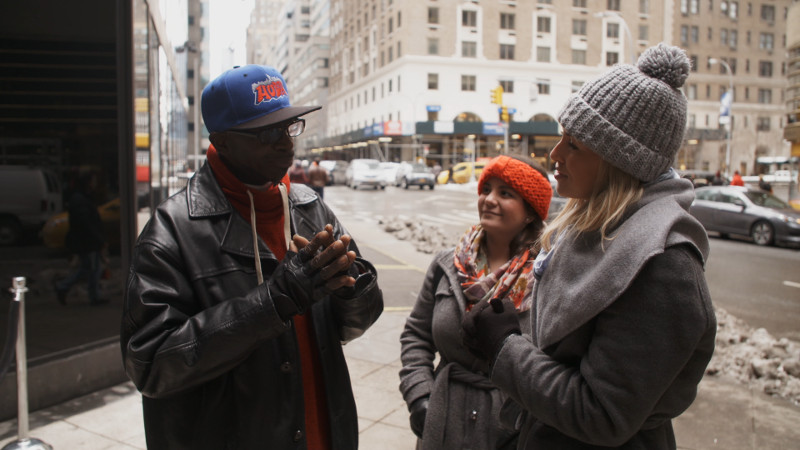 Greer and Jessie met Reggie Reg at the Museum of the City of New York for their authentic hip hop adventure.

This is no ordinary music tour though, this is a foray deep into the culture of hip hop, of its history and its influence. Winding through the streets of Manhattan, Harlem, the Bronx and Queens, the tours takes in secret battle sites, historic hip hop clubs and famous music video locations. If you’ve watched the Netflix series “The Get Down”, you’ll recognise a bit too, since Baz Luhrmann credits this very tour with helping him develop the series.

One highlight for die hard hip hop fans is 1520 Sedgwick Avenue in the Bronx, the apartment building where Clive Campbell, later known as DJ Kool Herc, is credited with mixing two songs together, creating the frantic grooving sound now so popular at the start and middle of hip hop tracks. DJ Kool Herc’s friend Coke La Rock is credited with the innovation of rapping, some say at that very same party. 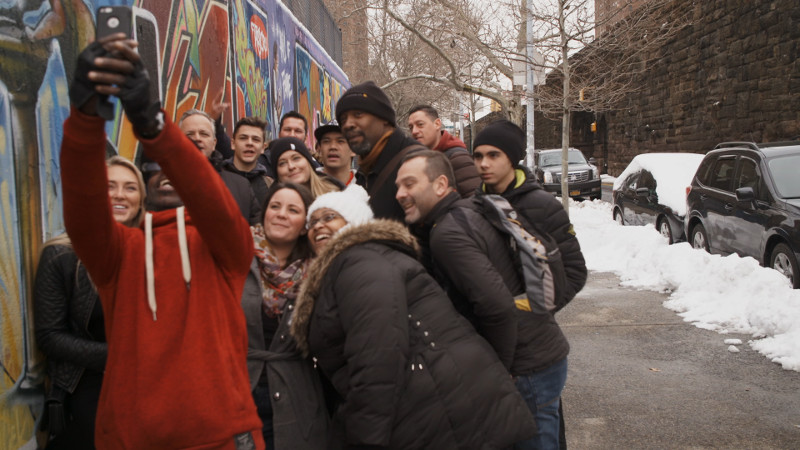 With Hush Hip Hop Tours you'll be real Bboys and Bgirsl in no time.

Whether you’re a hip hop fanatic or not, this tour transports you back to the early days, beginning with an introduction to the five pillars of hip hop; MCing, DJing, Graffiti and of course Bboying, otherwise known as break dancing. Arguably the most difficult of the five pillars, Greer and Jessie were treated to an exclusive break dancing lesson, right in the middle of the epochal Museum of the City of the New York. The fifth element is knowledge, which unfolds as the tour goes on, the guides sharing first-person stories, classic soundtracks and exclusive freestyles that provide context to the iconic sites, including the Graffiti Wall of Fame and famous murals dedicated to legends like Big L, Kool Herc and more. 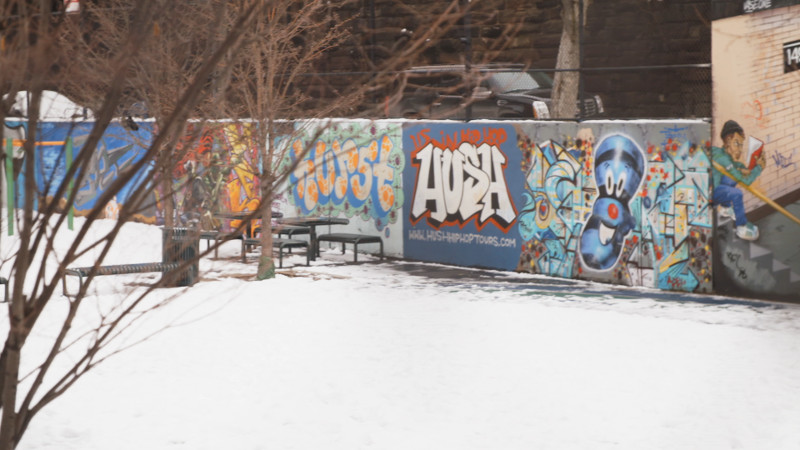 Graffiti in The Bronx is a highlight of the tour, with murals dedicated to hip hop greats like Big L, Kool Herc and more.

Perhaps the most immersive element of this unique tour, which has taken more than one million people from right around the world through this New York hip hop adventure, is the guides themselves. Greer and Jessie’s guide was Reggie Reg, an original founding member of the legendary Crash Crew. Other renowned artists and MCs who run the tours include Grandmaster Caz, Kurtis Blow, Rahiem, Johnny Famous and Roxanne Shante, just to name a few.

While the legendary guides are well versed in freestyling, it’s when travellers on the tour get the chance to dress up, stand up and show their skills that you really feel you’re a part of history. You could be witnessing the next hip hop star or break dancing legend in the making, or maybe... that’s you!

Watch the full episode of 48 Hours in New York on Sunday at 3:30pm on Channel Ten or stream on tenplay.com.au. For more information, visit www.flightcentre.com.au/48hour