Three tough-looking guys meet for a beer in the sports bar of Broome’s Roebuck Bay Hotel. It’s a scene similar to those you’d see in any Australian town – except for one surprising difference. Each man wears a ring studded with a gigantic pearl.

No, these aren’t adornments you’d expect in an unpretentious Aussie pub but they’re powerful reminders that this West Australian resort town’s history is steeped in pearls. Formerly a remote, ramshackle and rambunctious outpost, today’s Broome tops many a bucket list. 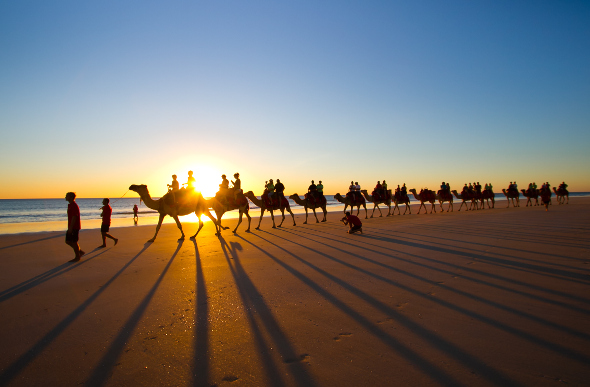 Riding a camel along Cable Beach is an old favourite in Broome. Picture: Getty Images

No.1 tourist activity: sunset camel rides along famed Cable Beach. Several companies run competing trains of up to a dozen animals. Each beast carries between one and three tourists on one-hour rides.

“It’s what you do in Broome, isn’t it?” bubbles a Champagne-sipping, fresh-from-a-ride Melburnian visitor gazing down at a gorgeous strip of white sand below the Cable Beach Club, best-known of this far-northern destination’s upscale resorts. Mind you, Broome has holiday accommodation in all price categories – from opulent indulgences to basic campsites, with plentiful mid-market alternatives, as well.

Enjoyable as camel rides are, there’s plenty more to Broome. Downtown itself merits a stroll – with its pearl emporia, Aboriginal art galleries, clothing boutiques and a growing choice of coffee shops. The entire commercial precinct – not just a chunk of it – is called Chinatown.

Among its attractions is century-old Sun Pictures, Australia’s oldest surviving open-air cinema. From the front it looks like just another old building but behind its cunning facade is an open-air facility that still operates. Moviegoers sit under the stars watching the latest releases. 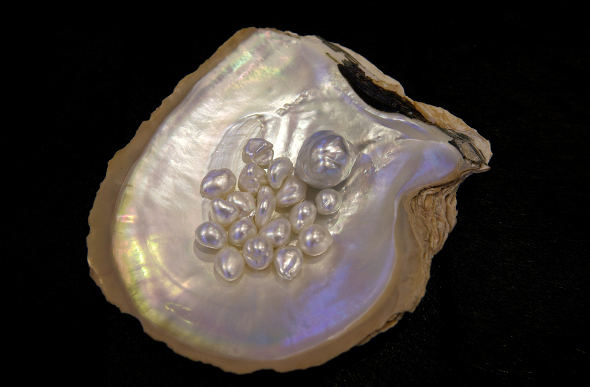 Grab yourself an iridescent souvenir from Broome. Picture: Getty Images

Broome’s other attractions include pearl farm tours, with hotel pick-ups and drop-offs, to Willie Creek Pearl Farm for insights into a still-flourishing activity and demonstrations of oyster-seeding and jewellery-making.

Then there’s Gantheaume Point, a scenic spot just out of town, known for dinosaur footprints –  indicators that these prehistoric creatures once roamed the Outback.

Among Broome’s most memorable diversions is Australia’s only hovercraft holiday trip. On these 'flights' my fellow passengers seem more fascinated by their mode of transport than their destinations. Hovercraft, which skim a few centimetres above the water, shouldn’t be confused with hydrofoils, whose hulls lift off the water on struts.

Options include a 13-kilometre trip across Roebuck Bay to red rocks resembling abstract art, some with dinosaur footprints. Or there are trips to rusting hulks, best viewed at low tide, of World War II flying boats. These were bombed by Japanese aircraft in 1942, killing 88 refugees fleeing a Japanese World War II invasion of Dutch-ruled Java. 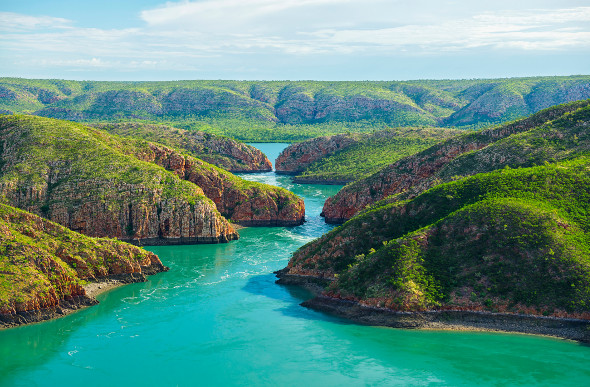 The Horizontal Falls are the height of excitement. Picture: Getty Images

Broome’s most adrenalin-activating day trip heads to a bizarre Kimberley phenomenon called Horizontal Falls. It involves a low-level scenic seaplane flight over spectacularly red earth and the dozens of tiny isles of the Buccaneer Archipelago, followed by the thrill of a high-speed jet boat through the surging 'falls' – a natural wonder where water rushes through narrow gaps in rocks, creating a dramatic maelstrom.

Altogether more relaxing is Matso’s, one of Australia’s most successful craft breweries. It has an on-site micro-brewery, a bar and one of Broome’s most popular restaurants (including outdoor tables on the lawns). Tip: try the mango-infused beer or, for the bold, a drop including chilli.

“It’s definitely the hottest drink in Australia,” says a foreign tourist between gulps of his icy-cold beer.

Visit your local Flight Centre store or call 131 600 for more advice and the latest deals on travelling to Broome.

Chris Pritchard is an avid traveller and experienced journalist that has been around the world and back again.
more articles from this author