Adelaide may be best known as the City of Churches – it had 749 the last time anyone counted – but it can also lay claim to being a City of Beaches. Most are no more than 30 minutes from the city centre and stretch from Sellicks Beach in the south to the appropriately named North Haven to the north.

[embed]https://youtu.be/X50Czwis_gI[/embed]
Being a Queenslander, I’m a beach snob. Everyone knows we have the best beaches in the world – just ask us. However, now that I have become a regular visitor to Adelaide for family reasons, I have been forced to concede that this city also has a significant beach culture.

If you are staying in the CBD, the most easily accessible is Glenelg, 12 kilometres from the city and the beach most popular with tourists.

Walk The Trail, Take In The History

It’s a 25-minute tram ride from the CBD which deposits you in the centre of Glenelg on the shores of Holdfast Bay in the Gulf of St Vincent, the place where the state of South Australia was first proclaimed in 1836.

Glenelg is replete with shops, cafes, restaurants and bars strung out along Jetty Road and at the Holdfast Shores Marina from where the Holdfast Bar dolphin tours depart. 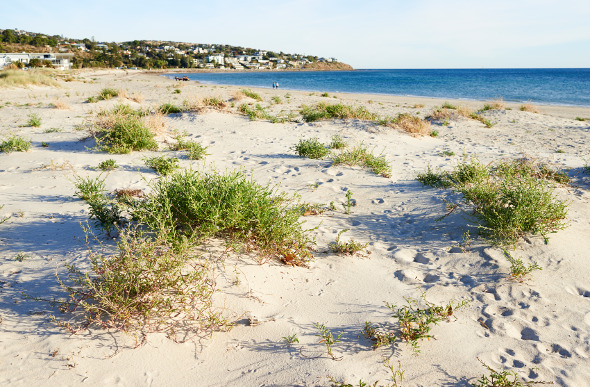 The beach is white sand and like most Adelaide beaches, shoals gently away with no sudden drop-off in water depth and is family friendly.

You can walk the 3.5-kilometre Federation Trail from Glenelg to Seacliff and Kingston Park which takes in some of the historic elements of the district, with its one-time workers' cottages and some outstanding examples of colonial architecture.

This an excellent trail stretching for 7.5 kilometres to Hallet Cove, rising and falling as it hugs what is in part a rugged coastline. Hallett Cove Conservation Park has a beach which is suitable for swimming and fishing.

Two days in the city of churches. A Girlfriends’ Getaway – 48 Hours In Adelaide

Where in the world to bare it all. The World’s Best Places To Get Your Kit Off

Travel north from Glenelg and you will come to West Beach which boasts broad areas of parkland and is popular with sailors and kayakers.

Further north is Semaphore with two kilometres of sand dunes and a wide, white sand beach.

So named because of a signal flag that once announced the arrival of ships, it has strong links with the city’s maritime history and evinces an interesting mix of new and old Adelaide along the Semaphore Road cafe strip. 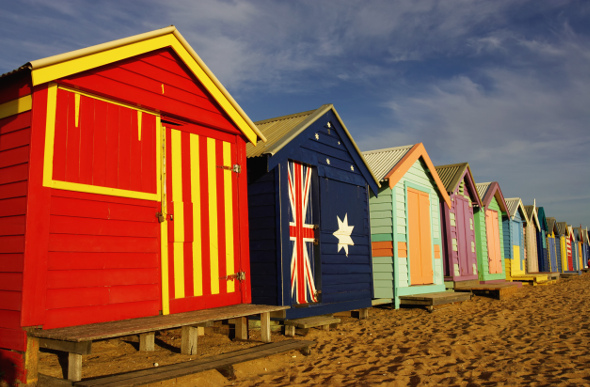 Echoes of times past at Brighton Beach

One of Adelaide’s safest beaches is North Haven, with its boat marina and breakwaters.

South of Glenelg is Brighton, my favourite Adelaide beach. There’s a respectable cafe scene along Jetty Road which leads, as you might expect, to the jetty which is a popular fishing spot.

It’s popular with families with caravan parks lining the foreshore, is relaxed and informal and boasts a wide, white sandy beach.

The Brighton and Seacliff Yacht Club stages regular regattas and on a summer’s day you can do worse than knock back a Cooper’s Sparkling Ale on the beachfront verandah of the Seacliff Beach Hotel.

Just The Place To Get Your Kit Off

If you are among those who prefer to swim and sunbake au naturel, then Maslin Beach, about 45 kilometres to the south of the city, is the place to go.

It’s the closest nudist beach to Adelaide with a secluded area designated for those who wish to bare all. There are also barbecue facilities and a playground.

It is also tantalisingly close to McLaren Vale, one of the country’s premier wine growing regions and home to such labels as Wirra Wirra, Coriole and d’Arenberg and any number of smaller, boutique wine makers.

Moana Beach lies a little to the north of Maslin. It’s easy to reach, being conveniently close to the Noarlunga train station with regular trains to and from the central city station. 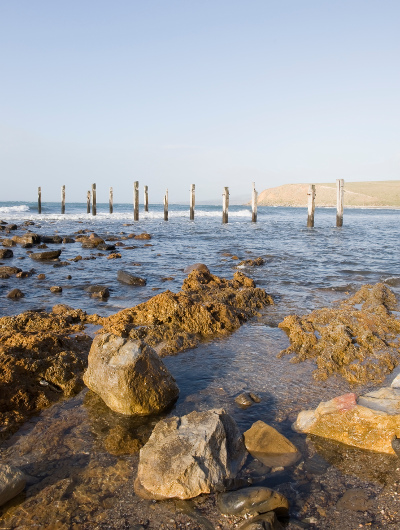 A scene from Myponga Beach

Highlights include sandy expanses ideal for sunbathing, calm waters suitable for swimming, snorkelling and scuba diving, seaside walks and nearby cafes. You may also like to check out the attractions within the adjacent Moana Sands Conservation Park and the Graham Rabbett Reserve.

About an hour's drive to the south of the city centre, Myponga Beach is a quiet spot with secluded stretches of beach and unlike most Adelaide beaches, can often offer a decent surf break.

Keen surfers are also drawn to Victor Harbor where Parsons Beach, about 90 kilometres to the south of Adelaide, can offer big wave conditions.

Waitpinga Beach, 10 kilometres from Victor Harbor, is also popular with experienced board surfers and is regarded as the state’s best surf beach.

It is, however, exposed and not recommended for body surfers.

Adelaide is a city of pleasing surprises and its beaches, often overshadowed by their east coast competitors, add considerably to its charm.

Visit your local Flight Centre or call 131 600 for more advice and the latest deals on travelling to Adelaide.

Mike O’Connor is a Brisbane-based travel writer and columnist. He’s travelled widely, mingled with famous people who don’t remember meeting him and loves a free lunch.
more articles from this author