From Stonehenge via Vikings to a modern empire, Britain's bloody and mesmerising history lives on in its monuments.

Spread out across the land, you'll need to be willing to travel to see them all, but it's well worth the journey. Here are our favourites, which shouldn't be missed on your next UK holiday. 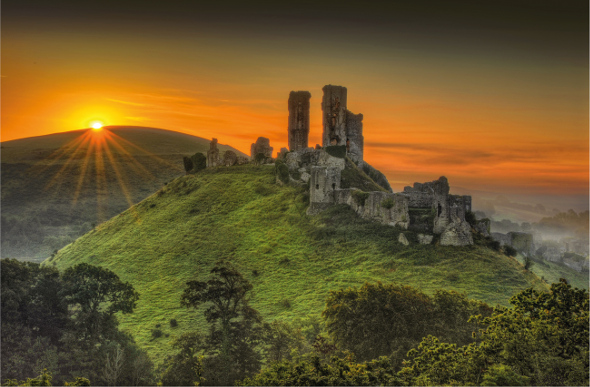 Britain is home to numerous historic monuments, such as Corfe Castle in Dorset

The Baths Of Bath

For around 300 years, the wall and its associated forts and watchtowers represented the northern defensive frontier of the Roman Empire. Work started under the orders of the Emperor Hadrian in 122 AD. Various trails allow exploration of remaining sections of the wall and fort sites amid some stunning, wild landscapes.

One of the best preserved Roman towns in Britain, Wroxeter provides a fascinating insight into Roman life and culture in what was a settlement almost as large as Pompeii. You will also find the largest piece of free-standing Roman wall in the country – originally part of an enormous basilica. Wander the ruins, a reconstructed town house, and visit the museum. 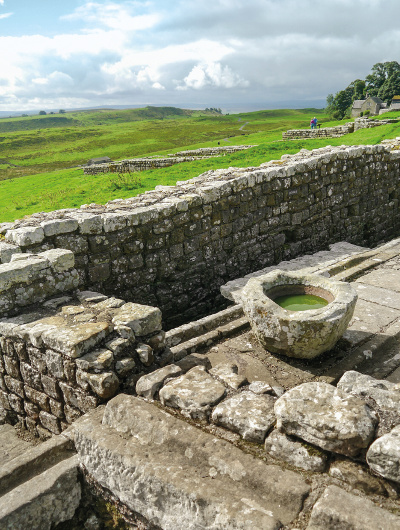 The Neolithic Wonder Of Stonehenge

This beautiful landscape is not only a wonderful place to walk, explore and discover, but also a key prehistoric heritage site – one of its caves yielded the oldest complete skeleton ever found in Britain: the 9,000-year-old Cheddar Man. You can visit the caves as well as take in the Museum of Prehistory among a wealth of other attractions.

A 10-kilometre hop from Stonehenge and a jump forward in the time machine, Old Sarum was founded as an Iron Age hill fort in around 500 BC. It became the site of both a castle built by William the Conqueror and the original Salisbury Cathedral until it was abandoned in the 13th century. You can explore the Iron Age fort ramparts, castle and cathedral sites, and more. 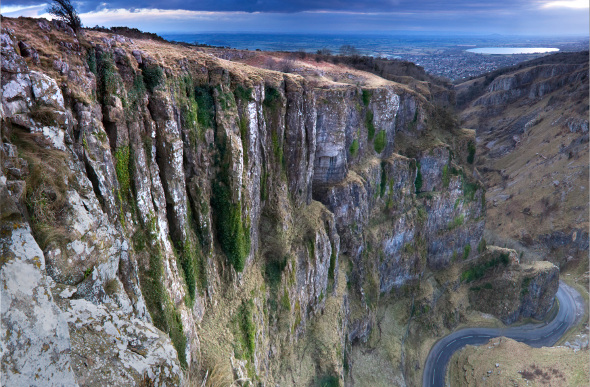 The UK is not short of dramatic castles, but the ruins atop a steep hill overlooking the picturesque village of Corfe and the Purbeck countryside take some beating. Established by William the Conquerer soon after the Battle of Hastings, the castle has witnessed centuries of intrigue and conflict, with a particularly significant role in the English Civil War.

The Tower Of London

Few buildings in England are as instantly recognisable as the Tower, which has both a regal and chequered bloody history as palace, stronghold and prison. Work started on the iconic White Tower in the 1070s as part of a dramatic and powerful statement by newly crowned William to stamp his authority on a hostile population. The Tower is one of the world’s most visited attractions. 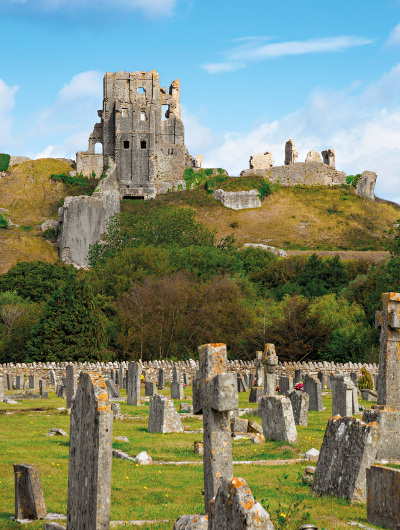 Founded by St Aiden in the 6th century, the monastery on this picturesque, isolated island was for many years a bastion of northern Christianity, home to the famously beautiful Lindisfarne Bible. But it has a darker reputation as the first place in England to be raided by Vikings in 793 – a powerful portent of the Viking Age of Britain to come. The island can be visited at low tide.

One of the most extraordinary archaeological sites in the UK – first revealed at the end of the 19th century – Jarlshof has a history dating back 4,000 years, with a particularly significant settlement by Vikings from Norway in the 9th century. Development included a longhouse as the centrepiece of a long-standing farming community. 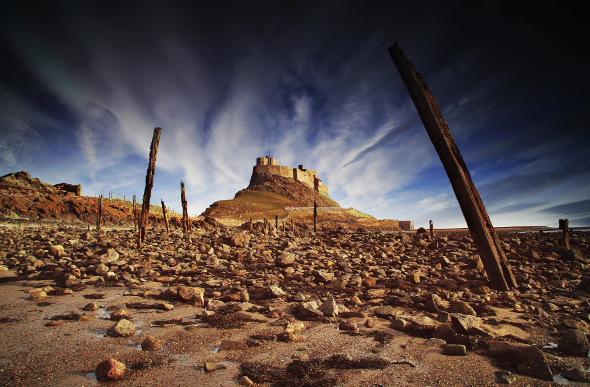 Lindisfarne Island was raided by Vikings

World Heritage-listed Canterbury Cathedral, the heart of the Anglican Church worldwide, was founded in the 11th century and earned an enduring place in medieval and later history as the site of the murder of Archbishop Thomas Becket, apparently at the behest of his former friend King Henry II. Subsequently it became a place of pilgrimage – as it is today.

One of the best-preserved monastery ruins in the country, in an eerily beautiful country setting, Fountains was established in the 12th century and enjoyed periods of great prosperity as well as times of great turmoil during the Middle Ages. Dissolved by King Henry VIII, the abbey is now the centrepiece of a major tourist attraction including a deer park and water gardens. 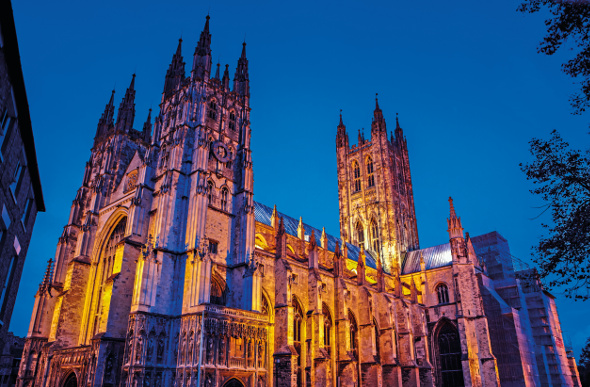 Canterbury Cathedral is a proud monument in England

Portchester fort and castle has had various incarnations during its long history, mainly because of its key defensive position on the Solent. Originally built by the Romans, it enjoyed great prominence during the Anglo-Saxon period under King Edward the Elder in the struggle against the Vikings. It is reputed to be the nation’s best preserved example of a Roman 'Saxon Shore' fort.

If you have the energy, you can walk the Offa’s Dyke Path, a 280-kilometre trail that effectively marks the border between England and Wales. Others make do with a visit to the Offa’s Dyke Centre in Knighton, Powys, and the sections of the dyke nearby. Dug at the orders of Offa, King of Mercia in the 8th century, there is still plenty of mystery about the dyke’s true purpose. Boundary? Defence? Power statement? 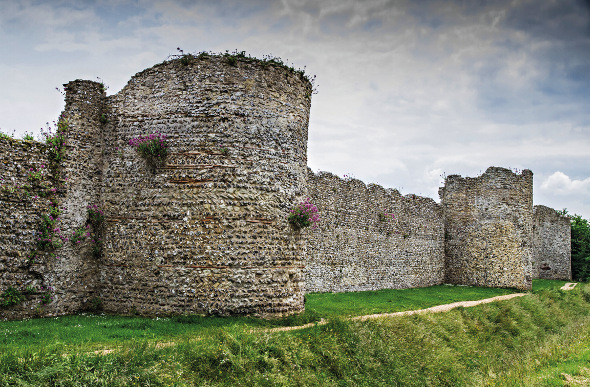 Portchester Castle was constructed by the Roman Empire

This most significant figure in English and world literature was born in Stratford and there are numerous Tudor landmarks still standing in today’s Stratford, including Shakespeare’s birthplace in Henley Street and the picturesque farmhouse home in nearby Shottery where he courted his future wife, Anne Hathaway. Shakespeare is buried in Stratford’s Holy Trinity Church.

The striking black-and-white Tudor moated manor house is built in a style common to the period, using oak and wattle, but its ornate external decoration – and decidedly higgledy-piggledy appearance – have made it one of Britain’s favourites. Built originally by Sir Edward de Moreton, multiple additions were made to the hall in the 16th century. Visitors can tour the hall and gardens. 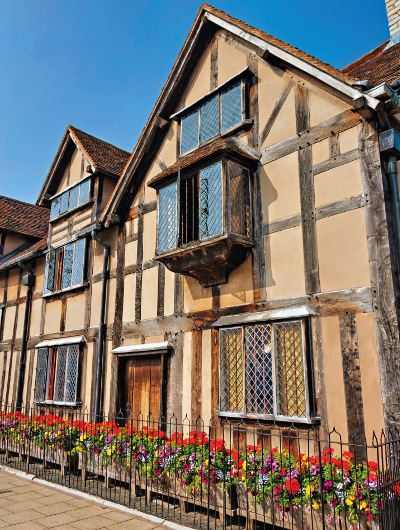 A precarious setting amid the dramatic Cornish cliffs, pounded by the Atlantic Ocean … close your eyes and it’s easy to imagine Merlin weaving his dark magic around Arthur’s birth. The castle ruins, and the Arthur legend linked to them, date from the 12th and 13th centuries, but there is evidence of a settlement from the 5th century, when Arthur is reputed to have been born.

It bears no resemblance to the Camelot of the Romantics, but this former Iron Age hill fort – previously known as Camalat – has a claim to fame as probably the most credible of the sites of Arthur’s castle. Evidence has been uncovered of extensive timber works and refortification of the original fortress around the late 5th century on behalf of a major chieftain. 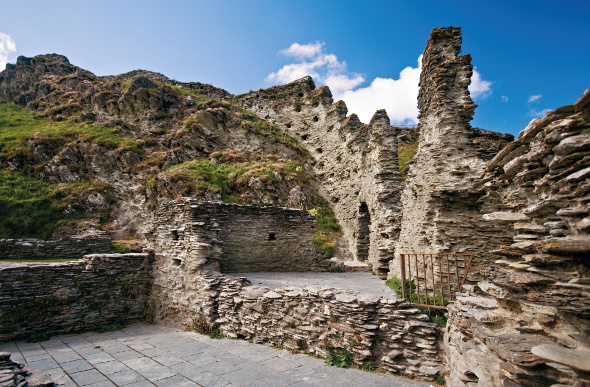 The Palace Of Westminster

There has been a Cathedral on the high point of what became known as Ludgate Hill since the year 604, but we have to fast forward to 1675 and architect Sir Christopher Wren for the start of work on the building we see today. Wren’s task was to rebuild the Cathedral, which had been damaged by fire in 1561 and later gutted by the Great Fire of London. Today’s St Paul’s is testimony to his genius.

The Great Fire Of London Monument

As if Wren didn’t have his hands full designing a new St Paul’s and more than 50 other post-fire churches, Charles II also commissioned him to design the monument to the great conflagration. The fire, which started in a bakery in Pudding Lane, changed the face of London. Over more than three days it consumed about 80 per cent of the city and made thousands homeless. 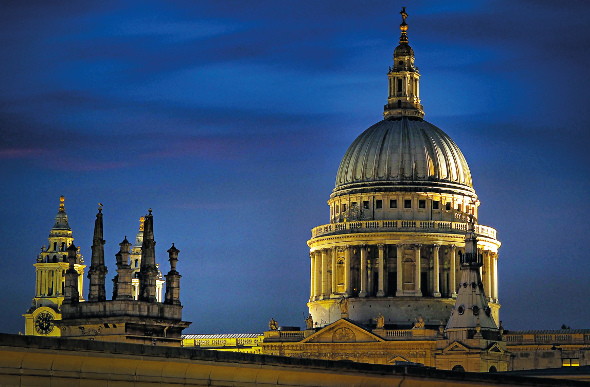 10. Markers Of A Revolution

It might not have the awesome bells and whistles of a Liverpool port or Manchester museum, but the gorge has an equally prominent place in industrial British history as the site of the world’s first bridge built from iron. What appears today as a relatively modest construct had huge implications for the future combination of technology and architecture.

Manchester Museum Of Science And Industry

Manchester had a reputation as the world’s first genuine industrial city, and you can trace its history through various powered exhibits on the site of what was the world’s first commercial railway linking Manchester and Liverpool. See everything from steam pump engines to sophisticated aircraft in one of the most comprehensive, active museums in the country. 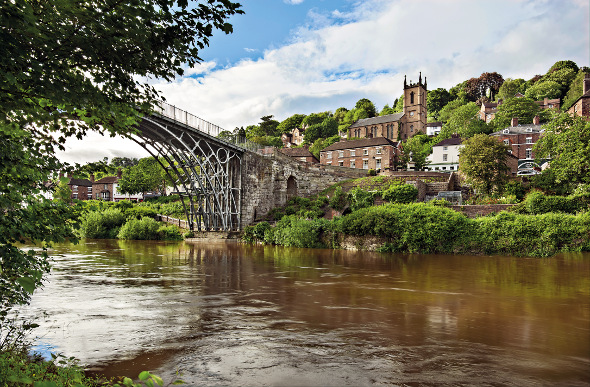 Ironbridge Gorge was a world first