While Italy, France and England are the European nations most famous for their religious structures, Germany is also blessed by incredible cathedrals.

And the standout examples are not only found in the major cities, with some of the finest cathedrals in Germany standing proud in lesser-known places such as Aachen and Mainz. Here are five cathedrals you should seek out on your next holiday to Germany.

Tucked away in Germany’s far west, right on the borders with Holland and Belgium, Aachen hides the oldest cathedral in northern Europe.

More than 1,200 years old and named after this small German city, Aachen Cathedral was built for King of the Franks, Charlemagne, the leader who helped unite large sections of Western Europe in the Middle Ages.

This Heritage-listed church was constructed a decade before Charlemagne died and it became his resting place, and subsequently the coronation church for more than 30 German kings.

The octagonal-shaped structure, intended to replicate Byzantine palace churches, is one of the world’s prime examples of Occidental architecture. 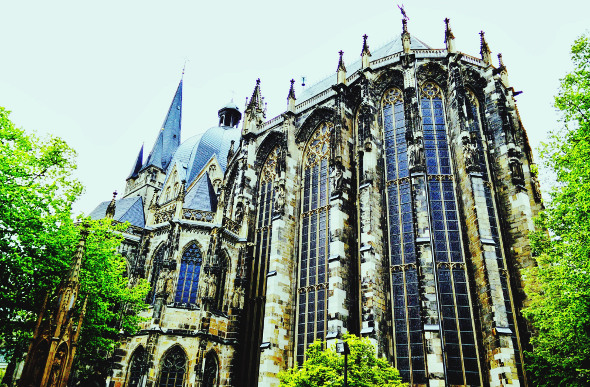 This Gothic cathedral is remarkable in its size. Its dual spires measure 157 metres, making it the fourth-tallest church in the world, and less than four metres shorter than the tallest, Ulm Minster, which is also in Germany. Cologne Cathedral is so spacious, at almost 8,000 square metres, that it can accommodate up to 20,000 people.

Construction on the cathedral began in 1248 and it became the home of the remains of the Three Kings, which made it one of the most famous pilgrimage destinations on the continent.

The Shrine of the Three Kings remains a major draw to this day, along with the cathedral’s giant, jaw-dropping stained-glass murals. 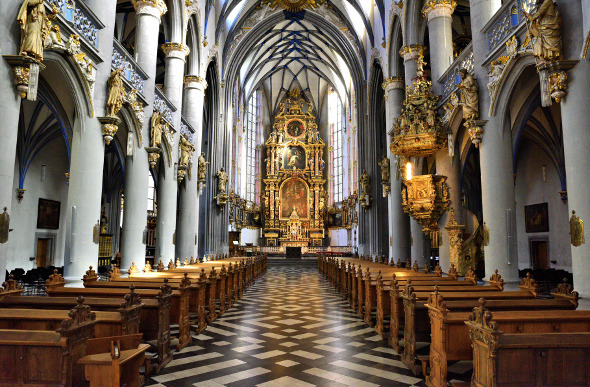 Topped by an immense light-green dome, Berlin Cathedral is one of the German capital’s most iconic buildings. This site has hosted a cathedral since the mid-1400s, but the current monumental church was actually constructed in the late 1800s.

It was built for the Royal Family, who lived in the adjacent palace and wanted a grander, more opulent cathedral.

Less than 40 years after it was completed, the Cathedral was badly damaged during World War II. It underwent a comprehensive restoration from the 1970s to the 1990s, which has left it in magnificent condition. 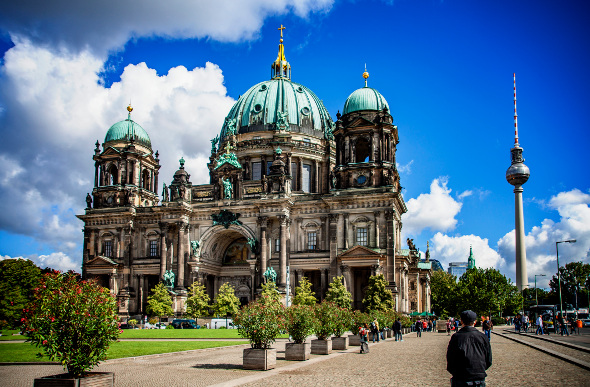 One of the symbols of Munich, this stunning cathedral was built in the 15th century in the middle of what is now Munich’s Old Town, a delightfully picturesque area marked by heritage buildings.

Like Berlin Cathedral, it was meticulously restored after being damaged during WWII.

The Gothic design of its interior is spectacular and tourists are allowed to climb stairs to the top of its southern tower, which offers sweeping views across the Old Town. A truly imposing building, it can host up to 20,000 people and draws huge crowds at its regular masses. 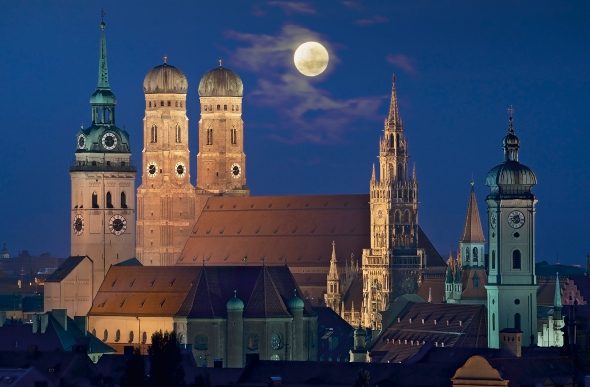 Built in the late-10th century, this cathedral is located in Mainz, a small city of 200,000 people about 40 kilometres west of Frankfurt. Its current appearance was settled upon in the 1300s, after it had been rebuilt several times in the preceding centuries.

Amazingly, when bombing razed about 80 per cent of Mainz in World War II, the cathedral somehow remained unharmed.

Its majestic Romanesque architecture is embellished by touches of Gothic style, in its bell towers and chapels, and by its Baroque roof. The pillars inside are decorated with stunning carved statues of saints. 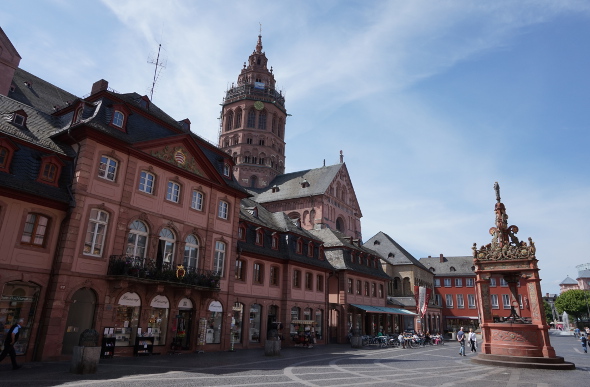 Visit your local Flight Centre store or call 131 600 for more advice and the latest deals on travelling to Germany.