From my perch atop the viewpoint of Morro do Pai Inacio in northeastern Brazil the flat-topped hills of Chapada Diamantina seem improbably dramatic.

They’re more than 1,000 metres high, blanketed in thick grasslands and graced with some of South America’s tallest waterfalls, which drip over abrupt cliffs to carve out valleys below.

It’s in the shadows of these towering mesas and coffee-coloured cascades that you’ll find a semi-arid scrubland where Mother Nature moulded subterranean layers like a block of Swiss cheese. And it’s in these earthen holes that you’ll find grottos with cobalt blue waters, shape-shifting stalagmites and pre-Columbian paintings.

This is certainly not the Brazil most people envision. 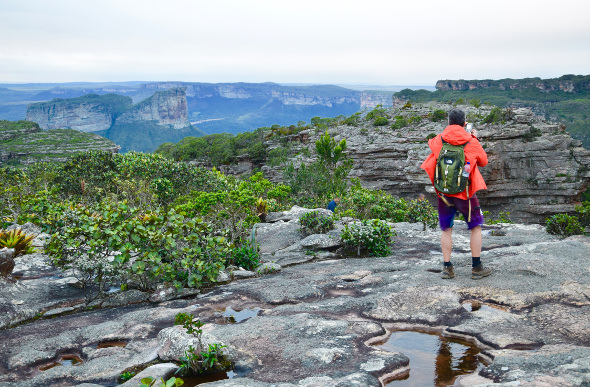 The thick jungles of the Amazon are a few days' drive west, and the closest white-sand beach is more than 400 kilometres to the east. There is no soccer stadium here and samba dancers don’t march through the streets. But that’s exactly why I chose Chapada Diamantina, as I sought a journey into the Brazil less travelled.

It was 1844 when prospectors first stumbled across the "rivers full of diamonds" that snaked through this remote stretch of Brazil’s once mighty Bahia State.

Whispers of a place called 'the diamond plateau' soon spread throughout the continent, and, within a decade, the region had ballooned into the world’s most prolific hub for diamond mining. 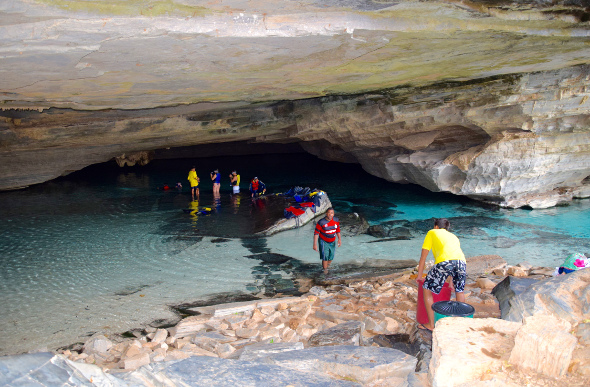 But the big boom led to an inevitable bust as the rivers bequeathed fewer treasures for a larger crowd of greedy prospectors. By the time South Africans discovered superior diamonds on their continent in 1880, Bahia’s dazzling diamond city of Lencois was all-but abandoned.

"Miners used slave labour to clean these mountains with a toothbrush and now there’s hardly any diamonds left," explains Tiago de Jesus, my guide with Intrepid Tours who, though bald, goes by the name 'Rastaman' in honour of his former dreadlocks.

Rastaman grew up on these hills hunting lizards and diamonds, but he said he no longer condones either activity. That’s because this green oasis six hours west of Salvador got a fresh start in life after it was declared a national park in 1985.

Don't Stop The Party In Brazil

Eco Adventures Through The Amazon 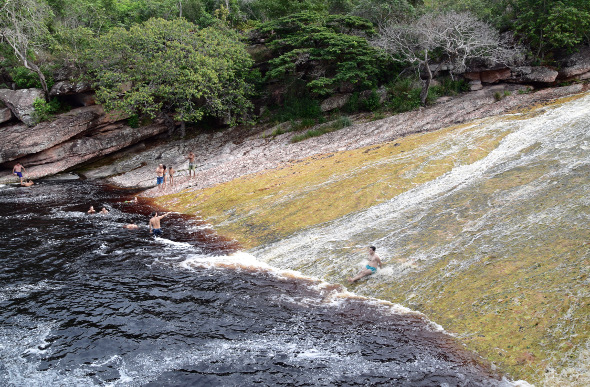 Featured on several Brazilian soap operas thereafter, it emerged as one of South America’s top ecotourism destinations with the historic town of Lencois as its base and the old diamond trails as its top trekking routes.

Though it’s been popular among Brazilian tourists since the early 2000s, few foreigners took any notice of Chapada Diamantina until Intrepid Travel launched its groundbreaking tour through Northeast Brazil in 2015.

The idea was to fill a niche by offering travellers who don’t speak Portuguese a way of venturing beyond the tourist meccas of Rio, Sao Paulo and Salvador to this spectacular reserve full of ambling armadillos, flittering hummingbirds and fist-sized marmoset monkeys. 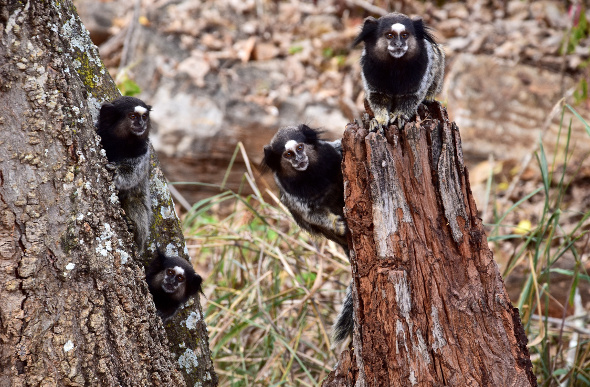 The beauty of travelling with Intrepid is that you’re given a guide and a skeleton itinerary, but also enough freedom to branch out on your own whenever you desire.

So while I took in the tannin-stained swimming holes of the Serrano Trail, the stalactites of Lapa Doce Cave and the red-black cascades of Devil’s Falls with my group, I also wandered the cobbled streets of Lencois on my own, sharing caipirinhas (a cocktail of lime juice, sugar and cachaca rum) with fellow travellers and dining outdoors under the soft glow of a street lamp.

With its lively streets, colourful colonial homes and world-class cafes, Lencois is no rough-and-tumble diamond town. Rather, it’s the picture-perfect base for a journey into this forgotten corner of Brazil where precious stones aren’t the only hidden gems. 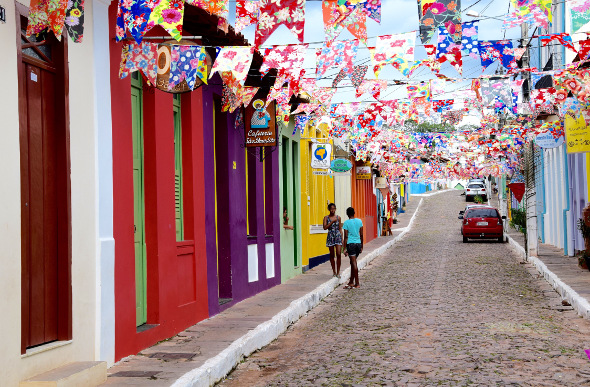 Lencois is a colourful town in both appearance and spirit (Image: Mark Johanson)

Visit your local Flight Centre store or call 131 600 for more advice and the latest deals on travelling to Brazil.

Mark Johanson is a travel writer based in Santiago, Chile, who regularly roves all corners of South America and beyond for magazines in the US, UK and Australia. He’s travelled to more than 40 countries, lived in six of them and can’t seem to find a cure for itchy feet. Be it a trek into an Indonesian volcano, a camel ride into the Outback or a climb up a Patagonian peak, he’s forever in search of a great story in some of earth’s more remote pockets. Follow the adventure at www.markjohanson.com
more articles from this author