Did you know the Great Barrier Reef is a giant living network that's home to tens and thousands of species? Or that once a year after a full moon, its coral reproduces in the billions, ensuring the ecosystem’s survival in a mass act visible from space?

You will be an aficionado on all things #greatbarrierreef when David Attenborough’s highly anticipated Great Barrier Reef series airs in Australia from Sunday, April 10 on ABC . 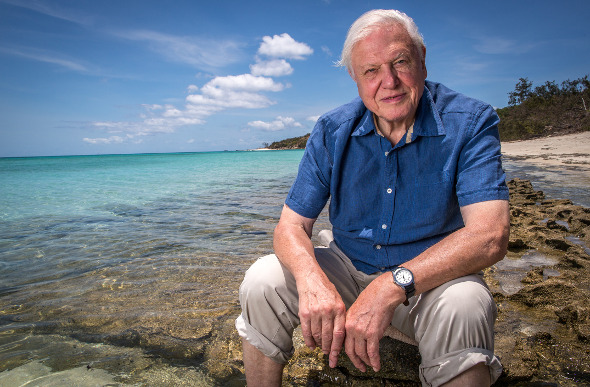 The Great Barrier Reef is a “vast and beautiful wonder of the natural world”, says Attenborough in his landmark three-part series. The nature legend’s homage to our beloved natural icon dives deep into its complexities – and tackles the big issues standing in the way of its future.

“Ecosystems like the Great Barrier Reef are special and we must do all we can to ensure its survival and that of the incredible life it supports,” says Attenborough at one point, with experts noting at another point that about 50 per cent of the reef’s coral has been lost in the past 30 years.

It’s no secret our reef is in danger. One quarter of fish species in the world's oceans rely on coral reefs at some point in their lives, but Attenborough reveals just 0.01 per cent of the world's human population has dived a coral reef. How can we feel motivated to save the Great Barrier Reef if we don’t feel a connection to it, asks Attenborough? 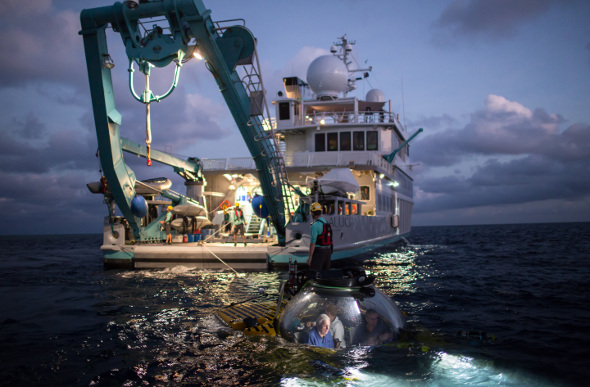 Sir David in the Triton submersible outside the Alucia research vessel. (Image: ABC)

Whether you can dive or not, this series is sure to make you want to visit the Great Barrier Reef and spread the word of its spectacular beauty and very real pressures. For it's not just David Attenborough’s prestige and iconic voice that steals the show. An Attenborough production always features spectacular videography, and the Great Barrier Reef does not disappoint.

Here are some of the locations used to film David Attenborough’s Great Barrier Reef. 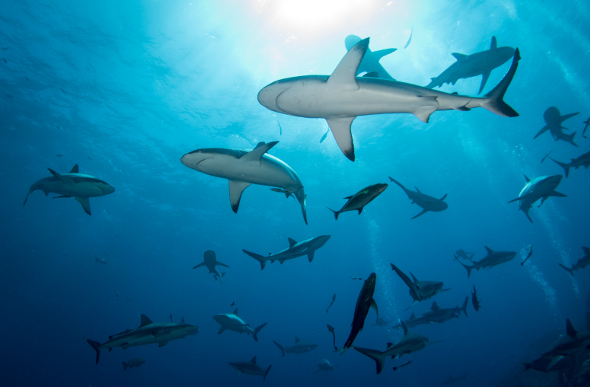 Osprey Reef, off the coast of Cairns

The Great Barrier Reef boasts 3,000 coral reefs and 900 coral islands. So why choose Osprey Reef? Dubbed the ‘ultimate reef diving adventure’, the 195-square kilometre submerged atoll has it all! From resident white tip reef sharks to big soft coral trees hanging off a 1,000-metre vertical coral wall, expect to be dazzled by multicoloured splattering organisms at one of Osprey’s many dive sites. There’s even an underwater amphitheatre where divers can sit and watch life go by – like a shark feeding frenzy – some 20 metres under the water. 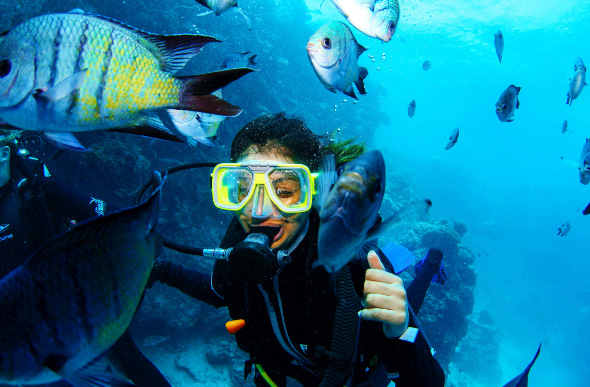 The Great Barrier Reef is a diving and snorkelling wonderland. (Image: Getty)

SS Yongala Wreck, off the coast of Townsville

This 110-metre wreck is a former passenger ship sunk after an encounter with a cyclone in 1911. By the time the wreck was discovered in sandy shallows in 1958, it had become a shining example of a resilient reef ecosystem in the face of changing weather patterns. A hundred years after it sank, Cyclone Yasi paid a devastating visit. Today, 80 per cent of coral cover has returned and on your dive, you can see Queensland gropers; chevron barracudas; banded sea snakes; bull and guitar sharks; green, wawksbill and loggerhead sea turtles; humpback whales, giant trevally and spotted eagle rays. 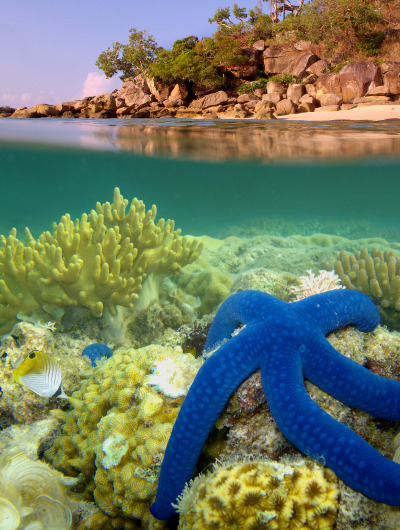 Lizard Island, off the coast of Cairns

Learn about the Great Barrier Reef and what’s being done by Australia’s best to protect it, such as studies into the crown of thorn starfish - a pest, at Australian Museum’s Lizard Island Research Station. A stay at the island’s resort will give you the Great Barrier Reef at your doorstep. From swimming with huge potato cod at the world-famous Cod Hole to seeing giant clam gardens from your glass-bottom kayak or paddleboard, the reef is not just for divers on Lizard Island. 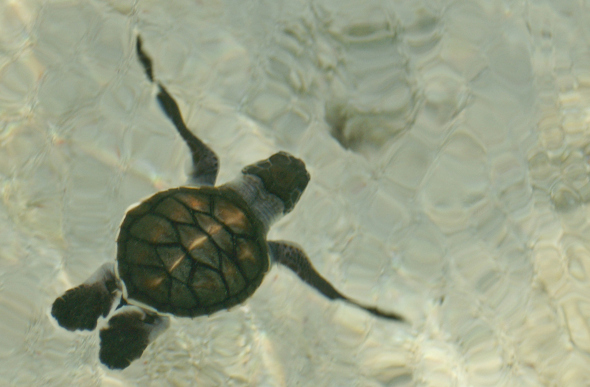 Heron Island, off the coast of Gladstone

A trip to Heron Island promises some of the best snorkelling and diving in the Great Barrier Reef. Discover what lies in the 24 square kilometres of reef surrounding the island, which boasts a resort and spa, Marine Park ranger base and Heron Island Research Station, all working to protect the reef. From turtles nesting on the beach in the early months to the swarms of colourful fish, turtles, manta rays and reef sharks you will see on guided reef walks, snorkelling, diving (and even virtual diving) and Junior Rangers program adventures, Heron Island promises a great reef experience for all ages. 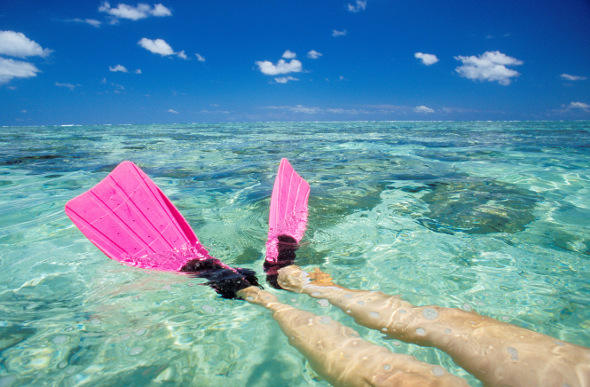 Lady Elliot Island, off the coast of Bundaberg

Lady Elliot Island is a coral cay in the southern Great Barrier Reef, which is home to 1,200 species of marine life and an enjoyable small eco resort that lets nature do all of the talking. Walk off the island for a snorkel and be greeted by healthy coral gardens not limited to tropical fish, sea cucumbers, starfish, urchins, clams and turtles. Go deeper to see mantas, reef sharks, dolphins and whales – all while snorkelling. Divers will be treated with 20-plus metres' visibility and about 20 spectacular dive sites, like Lighthouse Bommies where you will be literally surrounded by giant manta rays.

Visit your local Flight Centre store or call 131 600 for more advice and the latest deals on travelling to the Great Barrier Reef.

A seasoned backpacker and travel writer, Jolee has spent the last decade in pursuit of eco-friendly, good vibe locales and experiences. This journey has seen her tackle everything from cave diving in Mexico to volunteering for a climate change project in tiny Pacific nation of Kiribati.
more articles from this author