Oktoberfest may be over, but some particularly glorious aspects of German culture can be celebrated all year round. While some of us may desire a break from beer, it is rare that you need respite from sausages. Biting into a juicy, bursty snag hits the spot whether it’s breakfast, lunch or dinner time.

Germany is the undisputed master of the sausage, and each region has their own closely guarded recipe. Ordering from a selection of wursts can be a little overwhelming for a first timer, so here is a breakdown of a few German favourites to help you choose your ideal meaty treat. 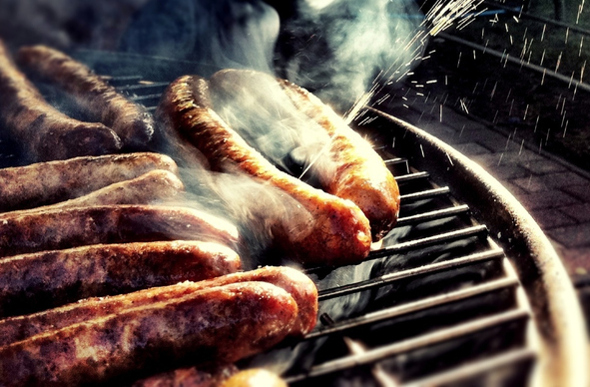 The sweethearts of BBQs worldwide, bratwursts are made up of finely chopped pork that is highly spiced with condiments such as nutmeg, ginger and coriander. Thuringa in Germany boasts the oldest brat recipe, and rumour has it that a Thuringian Bratwurst must lawfully be at least six inches long. 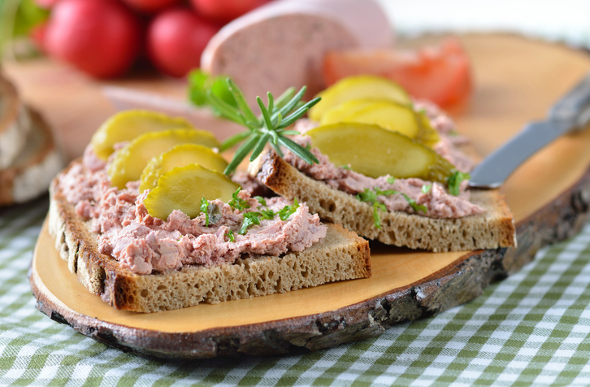 This spreadable sausage is made from at least 30% pork liver and seasoned with pepper, mustard and thyme, just to name a few variations. Although it’s an acquired taste, once you’re a fan it’s hard to imagine something more satisfying than a crusty bread roll with a thick slice of liverwurst, topped with a pickle. 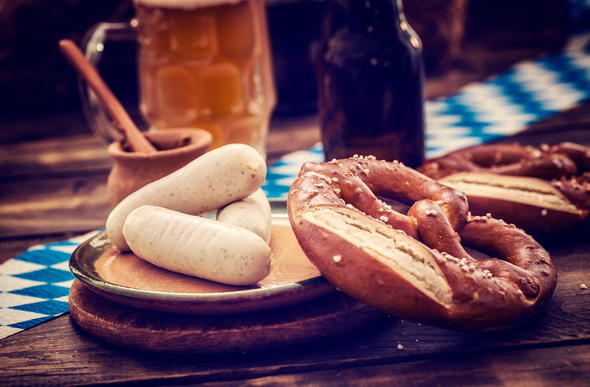 Oktoberfest patrons will have fond recollection of munching this white sausage with a side of sweet mustard and a giant pretzel, all of which are specialties of Bavaria. Filled with cream, pork and veal, weisswurst are generally eaten before noon, as they traditionally contain no preservatives. Bite the end off, suck the meat out and wash it down with a swig of beer! 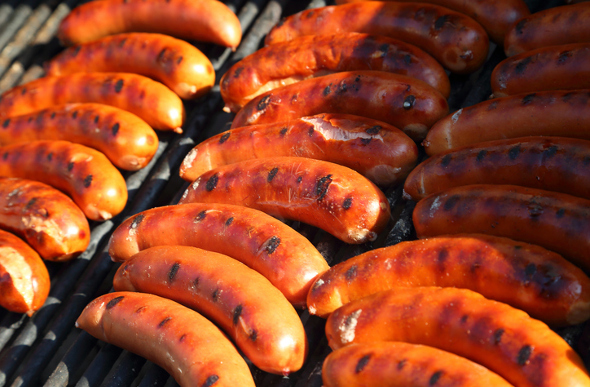 The original bursty sausage! The word knackwurst originates from the word knacken, or to crack, and refers to the tight, crispy skin that bursts in a flavour explosion on your first bite. There are many variations, but knackwurst are usually made of beef, and short and stubby in appearance.

Some versions are spreadable but many others are similar to salami, and all consist of coarsely chopped pork mince and bacon. Often flavoured with garlic and other spices, the mettwurst can be eaten raw, grilled to aromatic perfection, or boiled up in a rich hot pot. 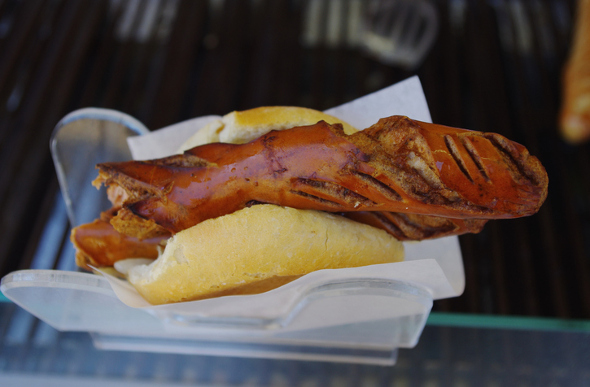 Strictly speaking, a sausage can only be a frankfurter if it originates in Frankfurt, so the more commonly found versions should be referred to as hotdogs. They are made up of a lightly spiced mixture of finely minced pork, which is cold smoked and ready for munching after a quick heating. 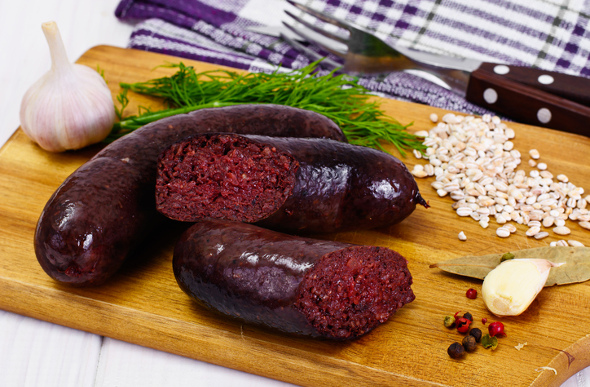 Blutwurst is the oldest known sausage variety, concocted from pig’s blood and fillers such as bread or oatmeal. Once you get past the ingredients, it’s a hearty dining experience that dates back thousands of years. Slice and fry with potatoes and onions or take it cold and thinly carved with some crusty bread.

Served cold and with optional bread, the bierwurst consists of roughly chopped pork or beef and has a strong, garlicky flavour. The name originates from the high level of satisfaction experienced when eating this particular sausage with a stein in hand, but unfortunately there is no actual beer in the recipe.

Visit your local Flight Centre store or call 131 600 for more advice and the latest deals on travelling to Germany.