Everything You Need To Know About Berlin's Island Of Museums

Everything You Need To Know About Berlin's Island Of Museums

Perched on a slender island on the River Spree, five of Germany's most important museums own a remarkable location in downtown Berlin. This cluster of museums display not just incredible artefacts and works of art, but also boast striking architecture. It is so significant that it has been named as a UNESCO World Heritage site.

From the gorgeous sculptures of the Bode Museum, to the Islamic art of the Pergamon Museum, the eclectic antiquities of the Neues Museum, the glorious paintings of the Old National Gallery, and the ancient art of the Altes Museum, the range of offerings is extraordinary and diverse. For just 18 Euro ($27) you can buy a ticket to all five museums. 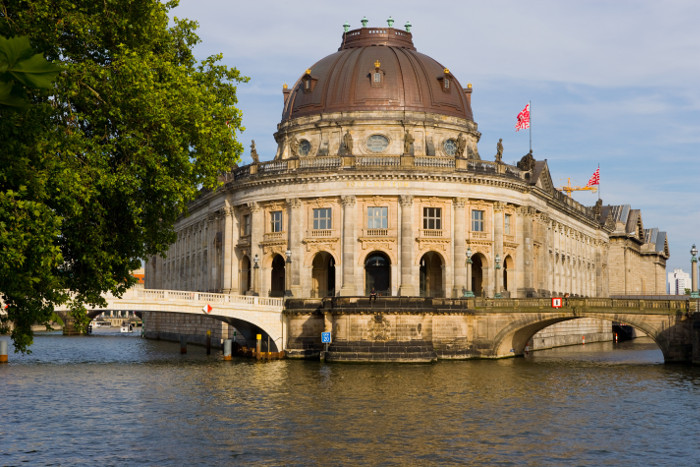 Topped by a huge dome and designed in the stately Baroque style of architecture, the Bode Museum grabs your attention before you’ve even stepped foot inside. Situated at the northern tip of Spree Island, it was the fourth of this group museums to be built, in 1904, as a display centre for European Renaissance art.

Then in 1996 it closed and underwent a $235 million refurbishment, reopening in 2006 as an opulent facility which specialises in sculpture and Byzantine art. Its works of art range in antiquity from the Middle Ages to the 18th century, with a huge area devoted to Italian Renaissance and German Gothic masterpieces.

RELATED: How to spend 48 hours in Split

Next door to Bode Museum is the Pergamon Museum, which houses one of the world’s finest collections of archaeological findings. This huge complex is home to what are effectively three different museums – the Museum of Islamic Art, the Museum of Ancient Near East, and the Collection of Classical Antiquities.

The first of these is renowned for its array of textiles from the Middle East and Central Asia. In the Museum of the Ancient Near East the star attraction is the 6th century BC Ishtar Gate of Babylon, a stunning structure embellished by vivid blue glazed bricks. The Collection, meanwhile, transfixes visitors with its Pergamon Altar, an imposing second-century BC structure which visitors can scale.

A post shared by Staatliche Museen zu Berlin (@staatlichemuseenzuberlin) on

While Neues is not as architecturally impressive as its neighbouring museums, its contents are equally intriguing. Here you will find the Collection of Classical Antiquities, the Egyptian Museum and Papyrus Collection, and the Museum of Pre and Early History.

Among its most prized pieces is the bust of Egyptian Queen Nefertiti, who was famous for her beauty. The museum was badly damaged during World War II and was closed for more than 60 years before being reconstructed and then reopened in 2009.

RELATED: An insider's guide to Ireland 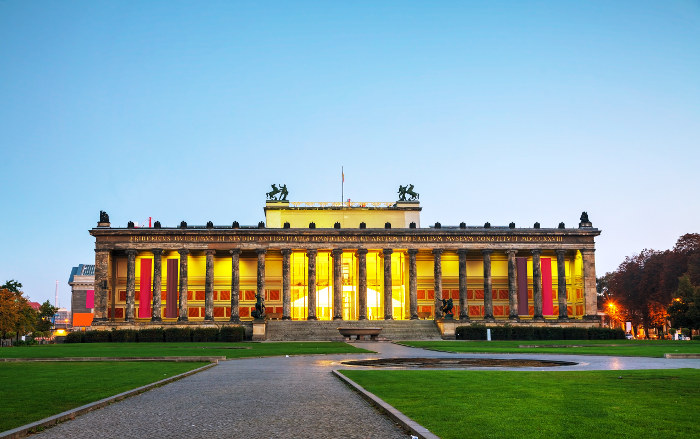 With no less than 18 giant stone columns decorating its facade, the Altes Museum has a commanding appearance which would not have been out of place in ancient Rome. This is a suitably dramatic entrance for a museum which showcases the artistic works of the Romans, Greeks and Etruscans.

Walk between the columns, up a huge staircase and into the galleries, where you will find artworks from as far back as the 10th century BC. There is also an enormous collection of gold and silver jewellery from the time of the Roman Empire, as well as a chamber packed with rare historical coins.

RELATED: Is this Italy's most underrated region?

This gorgeous building, constructed in Prussian classicism style, hosts some of the finest Impressionist, Romantic, Biedermeier and early Modernist artworks from 19th century Europe. You’ll marvel at masterpieces from some of the continent’s greatest artists such as Pierre-Auguste Renoir, Paul Cezanne and David Friedrich.

Particularly beguiling is the extraordinary second floor collection of Impressionist paintings by Renoir, Monet and Manet, the heavyweights of the genre. On the next floor there is an entire wall embellished by the delicate paintings of Friedrich. Even if you know little about art, the Old National Gallery is sure to enthrall you.

Get to Berlin and explore with our deals now on sale!