First dates can be fraught. Will the other party look as striking as their images portray? Can they be as impressive as their profile purports? Will there be a physical reaction, perhaps even an emotional connection?

In the case of a first meeting with Uluru, the answers are a resounding yes on all accounts.

So incongruous is the sandstone monolith from the aircraft window it looks a fake rock you hide house keys under, which someone has senselessly plonked on the featureless patio, instead of disguising it amongst the distant rock garden of Kata-Tjuta.

While Uluru looks impressive from the air, it’s not until you’re on the ground that you really appreciate its colossal presence. 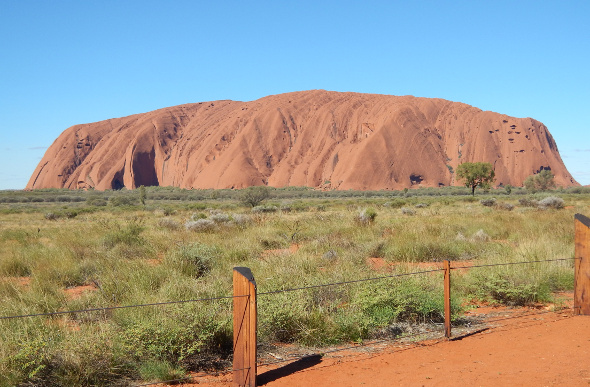 As I lope through the sandy dunes atop Meryl, a burping dromedary, Uluru looms above the desert heath, which is surprisingly lush from recent rains. Even from a distance its magnitude dwarfs the desert oaks soaring skyward with new-found vigour.

Sipping champagne atop a dune at sunset Uluru creates a theatrical backdrop to Aboriginal artists who materialise from the landscape to the sound of clap sticks and a didgeridoo.

The rock stands sentinel in the distance as we’re seated in the evening air at white clothed-tables for the Sounds of Silence dinner; and its silhouette looms in the blackness during an Astro Tour of the infinite night sky.

Astride a Harley Davidson, roaring along the slick of black tarmac streaked through the orange desert, hot wind billowing through our clothes as we enter the National Park, Uluru grows in stature and presence, its ochre hue radiating like an aura that no photo captures adequately. 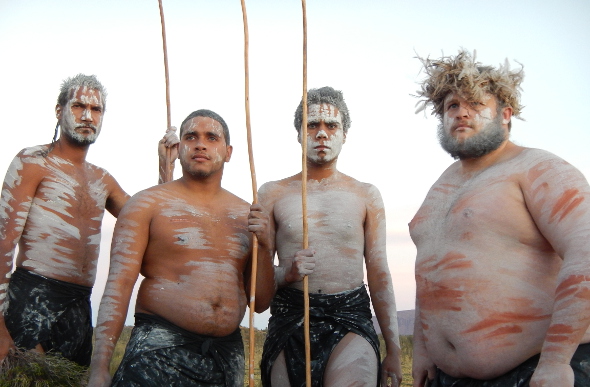 How to see Uluru. Top Tours Near Uluru

From the bubble window of a helicopter what originally appeared as a smooth and featureless rock reveals itself as chiselled and distinguished, multi-faceted and characterful.

Still, this flirting around its edges doesn’t prepare me for the physical and spiritual reaction of coming face to face with the rock.

After breakfast around a campfire at dawn on the Desert Awakenings tour, as Uluru and Kata Tjuta emerge from a blanket of darkness, our local guide takes us to the base of Uluru and I’m humbled by its sheer size and sense of nobility.

It is 348m at its tallest point and is believed to continue 5-6km below the ground. At 3.6km long it takes about three-and-a-half hours to walk around its base. 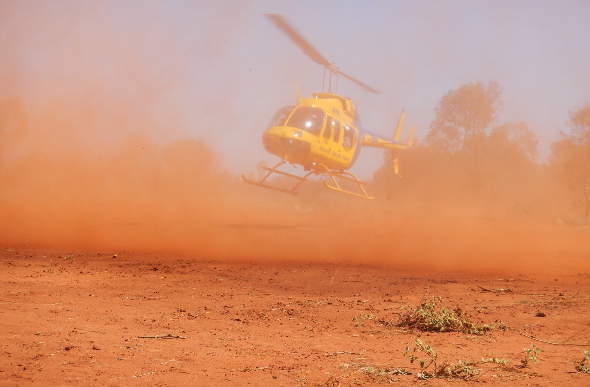 Uluru is alive with stories; spiritual stories painted on its exterior, eroded into its surface and carved out of its depths. It is imbued with legends and lore that reach out and embrace you.

The Anangu people are the traditional owners of Uluru, and Tjukurpa (pronounced chook-orr-pa), is the foundation of their culture. This traditional law encompasses the past, present and future, explaining the creation period and governing everyday life.

Creation ancestors were supernatural beings with both human and animal characteristics and could morph between both forms. As they crossed the land creating its physical features, they left energy in the ground, which connects with Aboriginal people and is sacred to them.

It’s possible to feel this energy too, at sections of the rock like Mutitjulu Waterhole, where our guide recounts the story of Kuniya, the python woman, and Liru, the poisonous snake man, pointing out groves in the rock where Kuniya travelled and the stone that was Liru’s shield. Allegories of life for the Anangu people, such stories were passed on in a nearby cave featuring their rock art.

At the dramatically weathered waterhole, home to Wanampi the water snake, a powerful serenity pervades, and I want to linger in contemplation. I later learn it has always been a quiet place of respect and reflection.

Uluru carries its age well. According to geologists it’s about 400 million years old. Aboriginal habitation in the area dates back about 30,000 years, but the first European sighting of Uluru wasn’t until 1872. It was named Ayers Rock the following year by Englishman William Gosse, the first white man to climb it, after a three month trek from Alice Springs.

The Anangu people don’t climb the rock, and ask visitors to respect their law and culture by not doing so either, saying it’s not about climbing the rock, but listening to it.

To gain an insight into the belief system of one of the oldest human societies on earth, and lean about the geology of Uluru, Kata Tjuta and their dual World Heritage listing, a visit to the well-designed Cultural Centre is a must before exploring.

Yulara is the closest township to Uluru and home of Ayres Rock Resort. Part of Voyages Indigenous Tourism it encompasses all the accommodation from five-star Sails in the Desert, through various levels of hotels, apartments, a lodge, pub and campground.

The resort has a village feel, with most accommodation located around the small shopping centre and town square lawn, where a range of free daily activities take place, like cultural performances, bush yarns, interactive spear throwing and guided garden walks.

You can hire a car, but you don’t need to, as the resort runs a free shuttle around town and you can book the Uluru Express to the National Park.

Park entry is $25 for a three-day pass, though children under 16 are free. Park entry is included with some tours, and there are plenty of big-ticket options to choose from, like the Tali Wiru intimate dinner and various scenic flights. 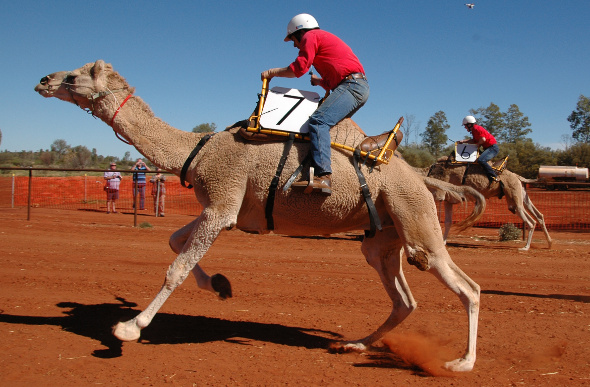 Camel races are an annual event

My affair with the rock may have been fleeting but it has certainly been memorable, from cocktails at sunset to stolen moments of tranquility.

But I’m under no illusion – I realise I’m not the only one awe-struck by Uluru’s mystery and magnetism. Unlike a fleeting holiday fling though, I know the rock will be waiting when I return.

If only all first dates went this well.

Briar Jensen is a Sydney-based freelance travel writer and regularly contributes to Australia’s leading newspapers and travel magazines. She is equally comfortable scuffing around in thongs (flip-flops) on an adventurous getaway as sashaying around in stilettos on a luxury holiday. She blogs about her travels and love of travel gadgets at www.briarstravelbeat.com.au.
more articles from this author