A trip to lively, multicultural Hong Kong is a festival in itself, but when Asia’s so-called World City stages its annual Mid-Autumn Festival, it’s truly something special. This vibrant celebration – held this year on September 8 – is a veritable feast for the senses. Expect dazzling light shows, colourful ceremonies and tasty and traditional treats, all under the light of the full moon. 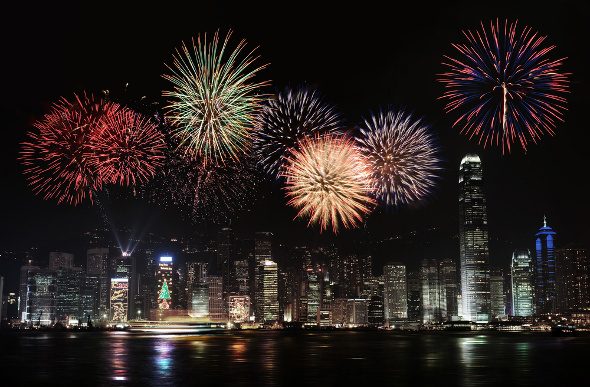 Hong Kong lights up at night

Hong Kong’s Mid-Autumn Festival dates back to the days when farmers would thank the moon god for abundant harvests. Familial offerings of prayer, food (lots of fruit, for example) and alcohol would be offered up.

With this lunar inspiration, the ancient festival takes place every year during a full moon – on the fifteenth day of the eighth lunar month in the Chinese calendar. Events are planned for Victoria Harbour and venues throughout the city. And though food is still a large part of this homage, bright Chinese lanterns are also the focus of the celebration.

For Hong Kong, the Mid-Autumn Festival is a time for family and community – a time to give thanks and a time for bright and colourful traditions.

Dancin’ In The Moonlight

Don’t be surprised if you encounter colourful fire-breathers or kings of the jungle during your adventure – dragon and lion dances are part of the festival. The largest fire dragon dance takes place at Tai Hang near Causeway Bay and features a 67-metre-long dragon, 300 performers and thousands of incense sticks. In 2014, this popular three-day fire dragon ceremony runs from September 7 to 9. 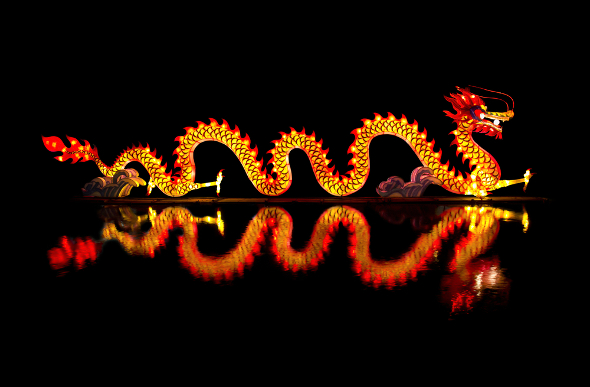 A fiery Chinese Dragon takes to the water

If all this walking around looking at lanterns or harbour-cruising under a full moon makes you hungry, you’re in the right place. Moon cakes are everywhere during the Mid-Autumn Festival – both to eat and to give as traditional gifts. Historians believe moon cakes date back to the revolutionaries of the Yuan dynasty, during the thirteenth and fourteenth centuries. These warriors would hide secret messages in the sweets to communicate with one another.

A customary moon cake is a sweet, rich pastry filled with egg yolks and lotus seed.But nowadays a variety of flavours are offer at the Mid-Autumn Festival. Some of these are well-known and popular, while others are quirky and for the more adventurous foodie. They include cheese, mung-bean paste, ice cream, chocolate, sesame tofu, sweet potato, mango, black truffle and snow skin (a lighter, rice-based moon cake).

In addition to festival foods, the Mid-Autumn Festival is an important time for family and community. Many groups in Hong Kong will share meals and enjoy celebrations together. Join in with the locals if you can.

And don’t worry if you celebrate too hard or eat too many moon cakes – the day after the festival is a public holiday!