How To Celebrate St Patrick’s Day Like The Irish

How To Celebrate St Patrick’s Day Like The Irish

It would be hard to find a national day more universally loved than St Patrick’s Day. Declan Fowler, Flight Centre Travel Expert and a Dubliner through-and-through, gives us the insider’s guide to just how St Patrick’s Day is celebrated in his neck of the woods back home. 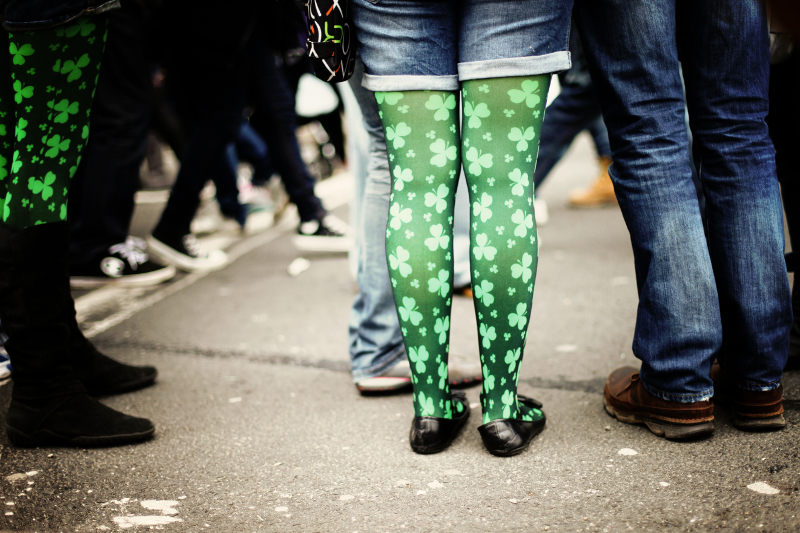 Up to half a million people attended the St Patrick’s Day parade in Dublin in 2017. Image: Getty

Q. How does the morning of St Patrick’s Day start for you when you’re home in Ireland?

A. It really depends whether we’re all going to the parade or not. On parade day, you’re up at the crack of dawn because you know everyone in Dublin is going to be out there trying to get the best vantage point. We’d just be having a warm breakfast, like a good bit of porridge – pure fuel because generally you’re freezing. Then we’d get the bus into town. 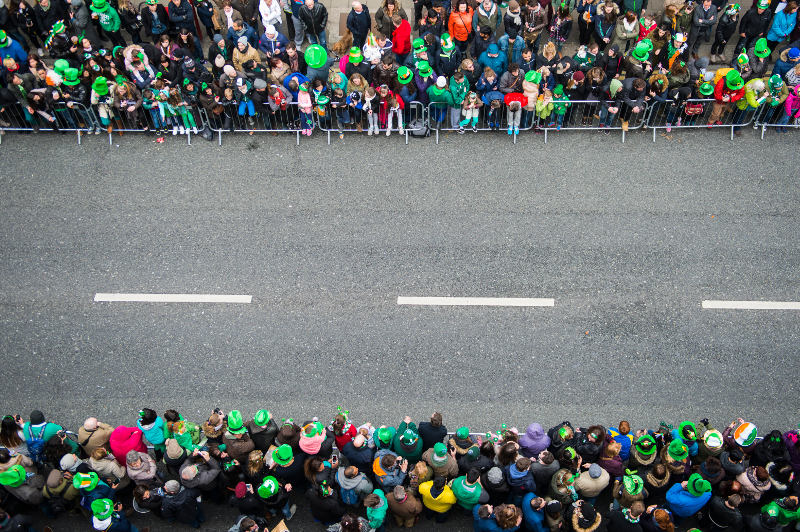 Waiting for the St Patrick’s Day parade in Dublin. Get your green on or, if you’re a local, you may want to wear county colours. Image: Getty

If it’s not a parade day, it starts with a nice cosy lie-in, because it’s a public holiday. In my house with the three lads – that’s my two brothers and I – mum would do a big fry up, a bit of a traditional Irish breakfast if you like. That’s soda bread with Kerry Gold butter on it (you don’t want to get that spreadable stuff it’s not as good), bacon rashers, your white and black pudding, eggs, beans… and it wouldn’t be a full Irish breakfast without a good hot cup of tea. Maybe two cups of tea, depends how long you’re going to draw out your breakfast. 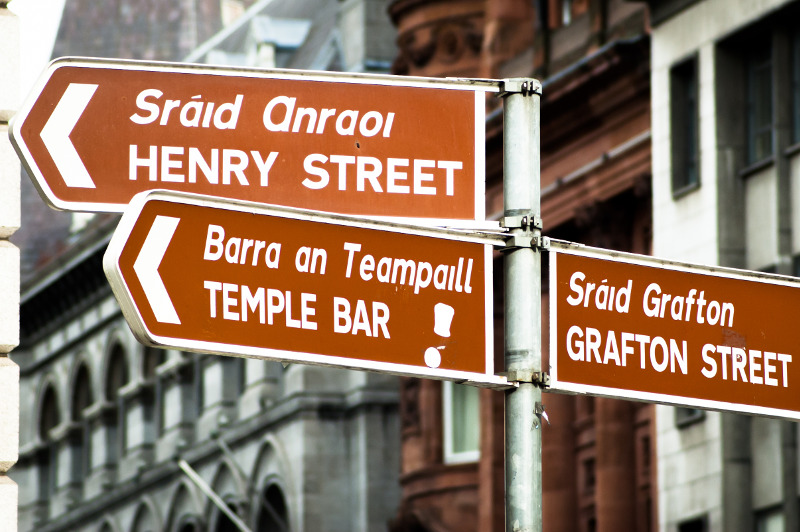 And then by the time you’re settling into your breakfast, the parade would be starting on TV (because you’ve slept in of course), and being televised, you get all kinds of different angles on it because you’ve got the commentary, which often includes interviews with people in the crowd and generally there are some standouts, with kids being interviewed and whatnot, as well as some people who are in the parade you know, ‘where are you from?’, that kind of thing. It’s always different every year.

Q. How does the day go from there?

The parade finishes after midday and when we’re in the city, we just really want to get away from the cold. Growing up, we’d usually meet up with some family in a nearby pub but eventually we’d all gather back at our place. The friends would come, the extended family would be there, sometimes my brother’s friends would come over too, and it would just end up getting bigger and bigger. I’m from a very musical family and so generally after dinner, we’d all have a bit of a sing-song as well, and not particularly Irish music, but just music in general.

Q. Obviously in Dublin you have a lot of great pubs to choose from – where did you go on St Patrick’s Day?

When I was growing up, my brothers and I gigged all around Dublin and we got acquainted with a lot of places. One of the places we loved going to on St Patrick’s Day was Whelan’s. It’s a famous pub in Dublin, great kind of community vibe to it, everyone’s like minded there, not too much of a young crowd so not overly boisterous, but always a top crowd on the Saint’s day. 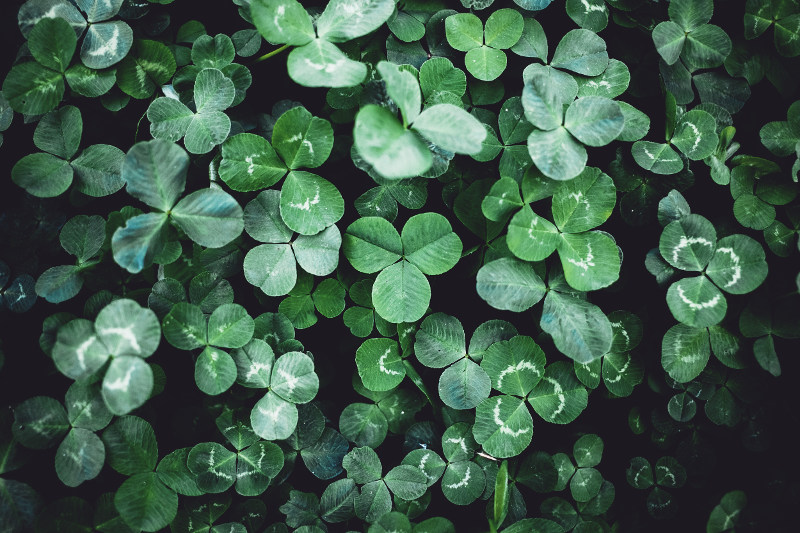 The four leaf clover is everywhere, but the original Irish shamrock is harder to find. Image: Getty

Q. What’s something traditional that your family does on St Patrick’s Day?

If we were going to a parade, my mother would always get a shamrock. Funny enough, you have to actually buy it in. You’d think it would grow everywhere, like four leaf clovers, but it doesn’t. So mum would get a little tuft of it and wrap the stems in tin foil and make a kind of brooch out of it. Just to wear a bit of green. It all goes back to that story of when Saint Patrick came to Ireland, he would use the shamrock to explain the idea of the Holy Trinity to the local Irish who were here at the time. My mother’s Irish Catholic and she’s handed that down from her own mother’s generation to the next. 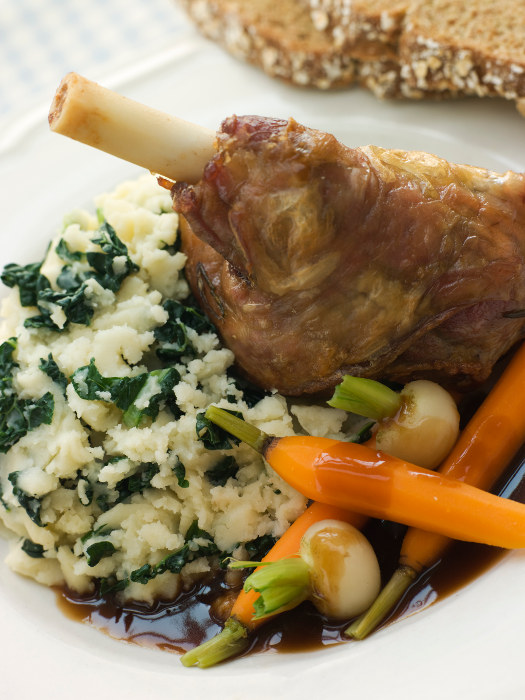 Irish tradition on the dinner table, including the soda bread. Image: Getty

Another thing that’s a bit of a tradition has to do with the dinner. Our home was the hub, if a lot of family were over from England or wherever. We always had a big ‘Sunday’ roast no matter what day of the week St Patrick’s Day fell on, and mum would ‘Irish-style’ it, I like to say. So she would have green, white and orange on the plate. Your carrots were the orange, colcannon was your white – mum would only do this on St Patricks’ day, which is mashed potatoes with a little bit of kale and onions – and your greens were your sprouts or broccoli. The meat was there, but it was all about the vegies. 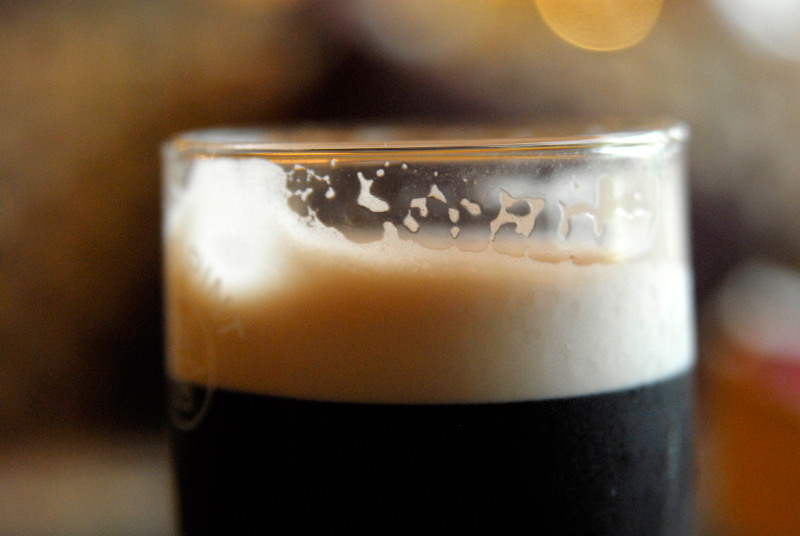 Estimates suggest that around 13 million pints of Guinness will be consumed worldwide on St Patrick’s Day. Image: Getty

Q. What do you love about St Patrick’s Day?

It’s a great kind of jumping off point, or reason to get together with your friends and family. I’m talking about uncles, cousins that you haven’t seen in a while, the grandparents, all your family. And then, later in the day, that extends out to your friends where you just pick a meeting point and all gather there to catch up and have some fun together. I think the main thing for me is that it's about getting together with the people you care about.

Q. For anyone visiting Dublin at that time, where should they go?

Get your gloves and layers on, and go see the parade. Try and get a good spot but you’ve got to understand Dublin’s very flat, which is why you have to go early to get a good view. Head into a few local pubs like Whelans or Foggy Dew, which is also a great traditional Irish pub.

12 QLD Fitness Events To Train For In 2018
15 March 2018
We often think that January 1st is the perfect time of year to start a new health and fitness routine, #newyearnewme but realistically the silly
Read Time: 3.6 mins
Events & Festivals

This Is How Chinatowns Around The World Are Celebrating Chinese New Year
16 February 2018
Unlike the usual New Year celebrations on December 31, Chinese New Year, or Lunar New Year, is celebrated in accordance with the lunar calendar. In
Read Time: 4.3 mins
Events & Festivals 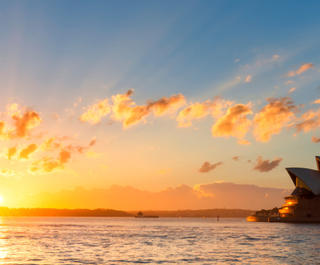