Think about wildlife on Kangaroo Island and the first things that come to mind are … well, naturally.

And there are plenty of them, although not as many as when Matthew Flinders dropped anchor on his way around the continent, observing and feasting on many of the local hoppers. (He included the island’s endemic Tammar wallabies under his oddly-spelled heading of ‘kanguroo’ but hey, what’s in a name when you’ve been at sea on salt pork and dry biscuits for months?)

These days, many visitors come to Kangaroo Island to see marine mammals rather than roos. 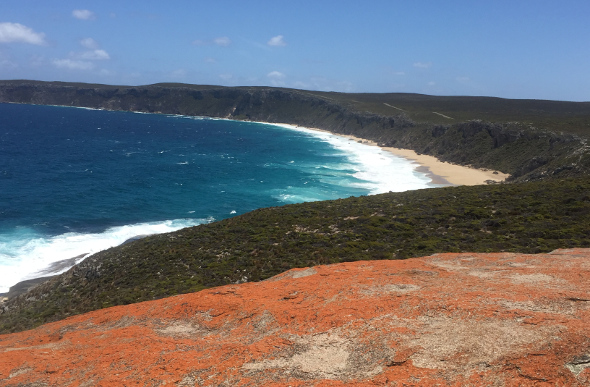 Sea lions loll like giant grey slugs on the beach at Seal Bay, resting between feeds and warning off approaching neighbours with a throaty rumble. Further west, fur seals congregate in pungent heaps beneath the dramatic Admiral’s Arch at their breeding colony in Flinders Chase National Park.

But on a recent visit, I discover two more intriguing aspects to Kangaroo Island wildlife – first during the spectacular aerial flight show at Raptor Domain; and later at Island Beehive, where hives of the purest strain of Ligurian bees on Earth go busily about their business among the bushland flowers.

A Moment Of Wonder

Raptor Domain was established by experienced birders Dave and Leeza Irwin on their 60-hectare property near Seal Bay. Angus and Stephanie, the knowledgeable young bird experts who present the show on my visit, are passionate about their work.

Birds in free flight are called in to land on their outstretched arms well protected in leather gauntlets – magpies, owls, an acrobatic falcon, a pair of cheeky kookaburras, a sea eagle, a kestrel and finally, a majestic wedge-tail. 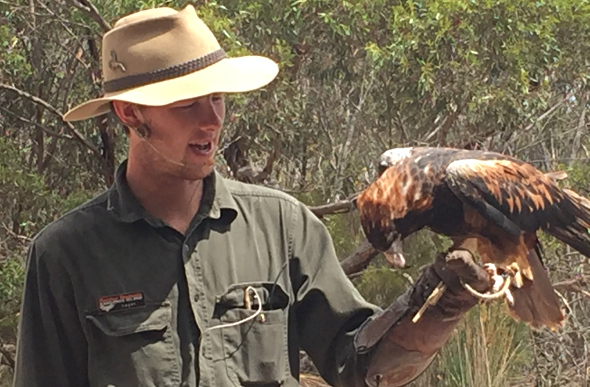 One by one, they glide, flutter, swoop or hover, while Angus and Stephanie describe each bird with excitement and enthusiasm.

It’s a fascinating and impressive show, but the highlight is the amazing appearance of the barn owl.

Stephanie asks everyone watching to search the surrounding bush for a hiding pace that an owl would like. A small boy in the front row (I think he’s been here before) points to a tree hollow.

Stephanie explains that we need to wake up the owl with a gentle ‘shhh’. We follow her instruction and at the first ‘shhh’ a beautiful white face with huge eyes pops out, filling the dark space of the hollow. The owl glides to her arm, without even a whisper of wings. It’s a magic moment. 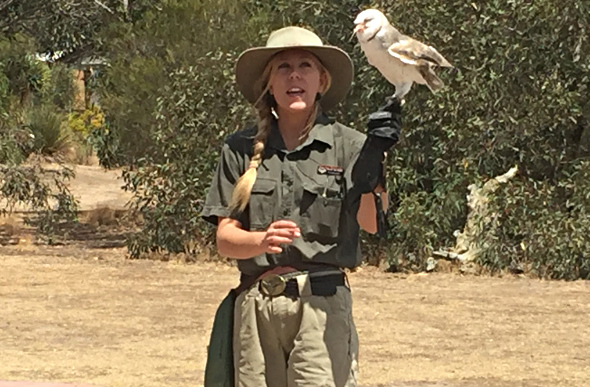 A Walk On South Australia's Wild Side

Now, back to those unique bees. Their ancestors came from Liguria, on the Mediterranean coast in north-western Italy. Bees can’t fly the distance to or from mainland South Australia, so Kangaroo Island’s Ligurian bees have never interbred with other strains.

Island Beehive’s owner Peter Davis (who’s as passionate about bees as the Raptor Domain people are about their birds) tells me that his Ligurian bees are friendlier, harder-working and more active than lesser breeds of bees. They even have longer tongues, so they can gather nectar from places that other bees can’t reach.

And after a tasting, I can tell you that the honey they make is simply ‘sweet as’ – especially when it comes in the shape of a glass of honey mead. 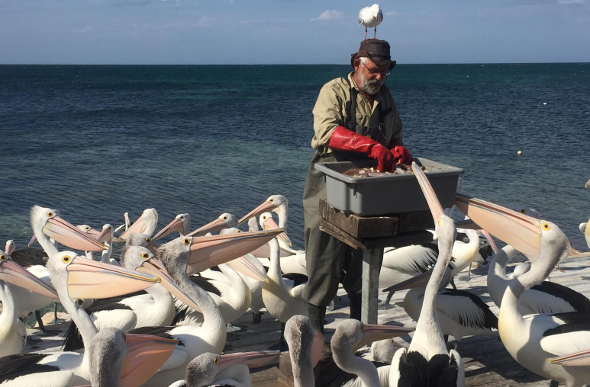 With the flavours of that luscious drop still on my tongue, I drive the short distance to Kingscote, the historic village that was South Australia’s first European settlement; and briefly the colony’s capital.

It’s here I encounter some more of the island’s aerial wildlife, clustered in a wing-flapping, beak-snapping mob around Kingscote’s famous Pelican Man. With a gull perched on his head and a bucket of fish scraps to hand, he keeps up a cheery commentary as the birds all but swallow his arm and peck away at his waders, which drip with "delicious" fish guts.

‘You’d never get me doing this job in a kilt,’ he says.

It’s a comfortable 1.5-hour drive from Adelaide to Cape Jervis. The highway skirts the vineyards and olive groves of McLaren Vale then runs south through rolling farmlands to the tip of the Fleurieu Peninsula.

From Cape Jervis, the Sealink vehicle ferry makes the 40-minute voyage across Backstairs Passage to Penneshaw, on the island’s north-west coast.

Kangaroo Island is 150 kilometres long, so it’s possible to drive a complete loop in one day, but you’ll miss most of the attractions and activities. It’s better to plan at least a couple of nights. There is plenty of accommodation in Penneshaw and Kingscote, the two main centres.

Visit your local Flight Centre store or call 131 600 for more advice and the latest deals on travelling to Kangaroo Island.

Chris Viney is a Tasmanian-based freelance writer and editor, with special interests in adventure travel and outdoor themes. Japan’s amazing cities and spectacular wild places are among his favourite destinations. Other recent journeys have taken him cycling through Burma (including unexpectedly attending an Aung Sang Suu Kyi campaign rally); climbing among the limestone peaks of Italy’s Dolomites; cruising the Kimberley coast in a five-metre dinghy; and catching some live jazz in the musical hotspots of New Orleans.
more articles from this author