Mario Batali is best known for his award-winning restaurants, his popular US food show The Chew and his trademark, can’t-miss footwear: bright orange Crocs. But the 54-year-old chef is also an inveterate traveller.

He moved to Spain as a teenager, studied cooking in London and Italy, and now travels the globe, both for pleasure and to oversee his many restaurant ventures. We caught up with Batali by phone to ask about his love of travel and the world.

When did you get the travel bug?

I grew up in Seattle (in the US state of Washington) and our biggest trips were road trips down the coast into Oregon or California, so we enjoyed travel but we never travelled fancy. We would go places like the Sea Lion Caves or the Oregon Dunes – interesting, simple stuff.

When I was 15, my family and I all moved to Madrid. When we discovered the magnificence of Spain, Portugal and the south of France, we became travel addicts for the rest of our lives. 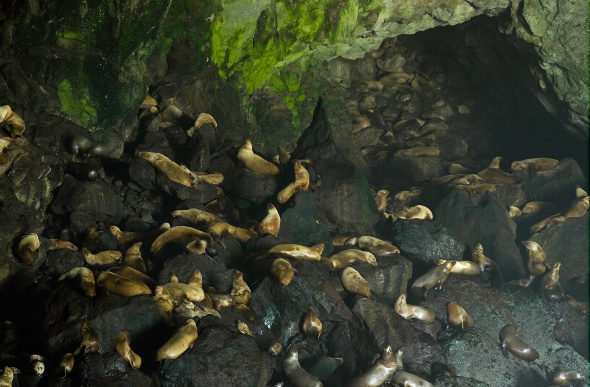 What was it about those places that inspired you? The history? The food?

For one thing, we’d never been east of Idaho. So it was just exotic. But what seemed so interesting was that, as opposed to having a general sprawl from town to town, in Europe, each town seems to have been art directed and is limited in its scope, so you see these little tiny borgos [villages] that have been there for 500 years, and they didn’t just decide to build another house every 300 yards (275 metres). The place has kept its natural beauty and is much more remarkable.

Find out where John Malkovich likes to go: Malkovich Opens Up About Travel

Chow down in the City of Lights: 10 Best Museum Cafes & Restaurants In Paris

Do you think travel has changed you?

I think travel changes everyone. It gives you a view to becoming much more tolerant of different kinds of people, cultures and ways of eating. It hopefully makes you smarter and savvier about the nuances of the human experience, and it makes you appreciate good things about your home, as well.

Are there travel experiences that have really shaken you up?

Travelling to the Galapagos and Ecuador and seeing the incredible variation of all of the different wildlife made me feel strongly that we should be protecting things, as opposed to exploiting them or destroying them. It also made me appreciate the cultures of the Napo River, which is so far removed from everything I know and yet they have a remarkable family life, political structure and a delicious culture of dining. 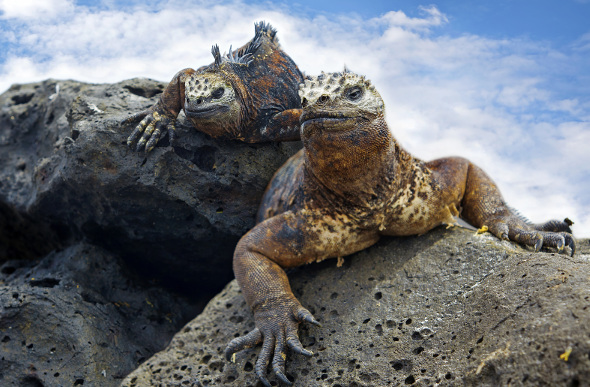 The wildlife on the Galapagos Islands had a big impact on Batali. Picture: Getty Images

Places in northern Africa made me a little worried, although the food and people were remarkable. When we were in Morocco, and before that in Tunisia or Liberia or Libya, I came to understand that the news was a different story than what was going on around me, and fundamentally the people were much cooler and nicer and less bent on terror than what I would have thought had I only read the papers.

Do you think travelling brings out different aspects of your personality?

There are very distinct types of travellers. I’d rather get to the airport a little earlier and find the club lounge or a funny little sports bar and have a drink before I get on the plane because I hate the idea of running and I hate that stress.

When I go to a place, I always plan a morning activity and an afternoon activity. If you go to Paris, you don’t want to miss [Monet’s] Water Lilies if you’ve never seen them. You have to make sure that you organise that.

Then the rest I leave to wandering, because it’s often the wandering that’s the best. And as much as I like camping and a bohemian lifestyle, I really like a 5-star hotel in the middle of the most beautiful plaza in town.

Where are your favourite places to wander?

I love Bologna (in Italy). I love New Orleans. I love Hong Kong and Madrid and Tangier. I’m almost invariably in love with anywhere that I get to spend more than three days.

I go to places that are well off the beaten tourist track. I’m not necessarily looking for anything special. I just like to see and smell the town.

One of the most beautiful things about Venice, in addition to its magnificent six centuries of art and 16 centuries of inhabited culture, is that when you’re walking down one of those calles [streets] on a Thursday afternoon, far away from the tourist piazzas, you’ll hear on the fourth or fifth floor a woman cooking something, and you hear the peppers and a fork drop and a child talking – and that kind of thing is so unique and delightful and evocative of the entire mysterious and delightful experience of Venice, it just drives me crazy when I think about it.

Your website has maps of places you've been, including Mexico City. Is Mexico a place that calls to you?

I would say that of all the places that I’ve travelled outside the United States, Mexico is my number one destination. For several reasons.

One is the food. It’s like the food of Italy. There are regional dishes that you won’t find in every other region, and it’s just a magnificent quilt of delicious, regional, spectacular food. 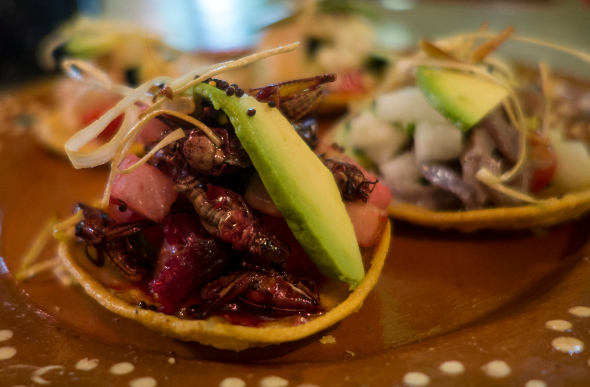 The cuisine of Mexico is a big drawcard for Batali. Picture: Getty Images

Second of all, the people in general are delightful and happy to see you. And also I speak Spanish, so it’s really easy to communicate.

Plus, I really appreciate their artistic endeavours. There’s a town called Patzcuaro, where they make these crazy little Day of the Dead figures and float them on the lake and it’s just one of the most remarkable and evocative and powerful things you’ll ever see.

The food in Patzcuaro is incredible, too.

Exactly. And the market in Oaxaca. And all of the stuff in and outside of Tulum and the whole Quintana Roo area. It’s such a beautiful place. And the culture there. They haven’t unburied it all because they don’t have the riches of America. Imagine if we could understand all of Mayan culture. It would be fascinating to us.

How often do you travel these days?

In the summer, we take the whole family and go out to our house in Michigan and we stay out there for two months. But we do little trips while we’re there. We go across, say, Lake Michigan to the Wisconsin side to play golf. We’ll go to Mackinac Island. 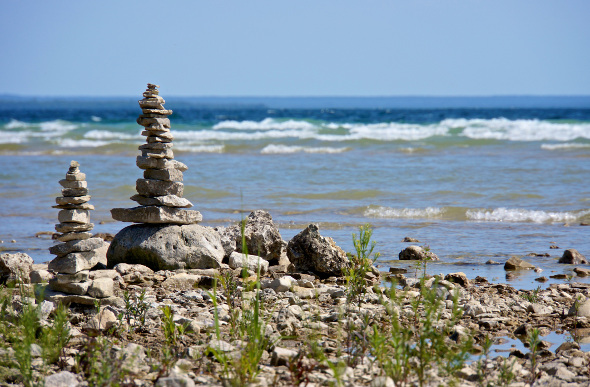 And then when I come back to the work world, I try to travel between four and five days a month. But it depends. When I go to Hong Kong, I have to be there for a week, and I make sure I stop in Singapore and maybe Macau.

How do you decide where to eat when you’re travelling?

One way involves looking at traditional guides. The Michelin, Gayots, the Time Outs, the Zagats all do a pretty good job around the US – not so much internationally.

And then I try to find food columnists for the local newspaper, whether in Singapore or Hong Kong, or Sioux City or Idaho Falls. If you write a quick little email to the newspaper food writer a month and a half before you go, you’d be surprised how much they’ll want to talk to you about it. So it’s a fascinating way for me to find good, insider information about places that aren’t necessarily fancy or highly lauded outside the country.

Do you have any travel habits that would surprise people?

Not really. I go to the airport early. I bring my own entertainment. I always download something that I can watch if I want to.

I bring the last issue of New York and the New Yorker magazines. Every magazine that comes into my house two weeks before a trip, I bring with me because I love to be occupied. I love reading stuff and I don’t like to be a slave to the local audio visuals.

I listen to new music. I enjoy long flights. The flight from Hong Kong back home is 15 and a half hours and I’ll watch two of their movies, but I’ll make sure I read at least one book and a couple of magazines, and really listen to a couple of new records that I haven’t paid attention to. It’s me time and I really appreciate that.

I can’t let you go without asking about your Crocs. Do they make good travel shoes?

Well let’s put it this way. I only bring one pair of shoes wherever I go and they’re on my feet. So I’ll look at my wife carrying an entirely different piece of luggage just for footwear and I get to snicker just a little bit. Of course, I’m carrying that bag.

This article was written by Jim Benning from BBC and was legally licensed through the NewsCred publisher network.

Jim Benning is a travel writer and editor.
more articles from this author