Mother's Day Celebrations Around The World

Mother's Day Celebrations Around The World

Australians can thank one Janet Heyden for their Mother's Day festivities. A pioneer with a passion for people, Mrs Heyden first began collecting donations for the mothers of Newington State Hospital back in 1923. Her public appeals through Sydney's newspapers caught the imagination of the city, and soon the second Sunday in May was set aside to celebrate the work of mothers across Australia.

Mrs Heyden's pioneering efforts have somewhat been forgotten, but the traditions she helped spawn share much in common with those in the United States and the dozens of other countries which celebrate Mother's Day. Not all countries commemorate mothers the same way though, so we thought we'd take a look at some of the unique ways this joyous occasion is celebrated around the world. 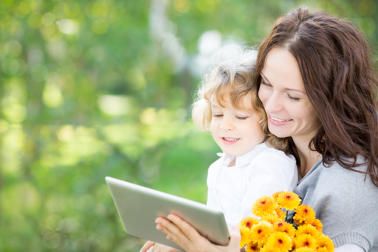 Japan - Haha-no-Hi
The wonderfully-named Haha-no-Hi is the Japanese equivalent of Mother's Day. Like many holidays in The Land of the Rising Sun, it's a local approximation of a western idea and was first celebrated on the second Sunday in May back in 1949. It's customary to give flowers rather than cards, with red carnations a favourite as a symbol of love and affection. As with most Japanese holidays there's also an element of cooking involved, with Tamagoyaki – a popular Japanese omelette – regularly making an appearance on Mother's Day plates throughout Japan.

France - Fetes des Meres
The history of Mother's Day in France pre-dates both Australian and American festivities. Its roots lie in France's low birth rates at the start of the twentieth century, which prompted the French government to reward mothers with large families - though the holiday really took off when American servicemen began mailing back cards en masse during World War I. These days Mother's Day is celebrated on the final Sunday in May, with French children generally expected to recite a poem and sometimes even bake a floral-inspired cake as a tribute to their mothers' dearest.

Thailand - the Queen's Birthday
It's known as The Land of Smiles and it's not hard to see why Thailand is one of the happiest places to celebrate Mother's Day. Unlike most western countries which mark this festive occasion in May, Thailand's version of Mother's Day actually takes place in August to celebrate the birthday of the wildly popular Queen Sirikit. Many Thai nationals view the Queen as a benevolent matriarch and when they're not venerating her through liberal use of elaborate royal-themed decorations, they're paying tribute to their own mothers by showering them with delicate bouquets of white jasmine flowers.

England - Mothering Day
Distinct from the Mother's Day we know and love today, Mothering Day originated in England sometime during the sixteenth century. A Christian holiday which falls on the fourth Sunday of Lent, the occasion first took shape as the practice of observant townsfolk returning to their 'mother church' for a solemn liturgical service.  As the practice gradually fell out of favour, it was eventually replaced by today's more recognisable form of Mother's Day - though the day is still observed on the fourth Sunday of Lent in keeping with tradition. The practice of picking flowers may have been replaced with a trip to the florist, but Mothering Day traditions live on in this uniquely English celebration.

Bolivia - Dia de la Madre
They do things a bit differently in Bolivia. The florists and bakers still enjoy a roaring trade on the South American state's unique version of Mother's Day - which occurs annually on May 27 - but their reasons for celebrating are unusual. A tribute to the 'heroines of Coronillas,' Mother's Day in Bolivia commemorates the defiant stand of the gallant women who took up arms against the Spanish on May 27, 1812 - as South Americans everywhere fought for their independence. With their sons and husbands already away at war, these brave women are remembered each year for their courage in the face of colonial conflict.