The Emerald Isle is peppered with stones and stories both mythical and mystical to inspire the traveller. There are 40,000 ringforts – stone and earth settlements built in the Early Middle Ages – dotted about Ireland, which have become entwined with fairy lore.

And then there are the dolmens, the stone tombs, scattered on the west coast, in the Burren and Connemara, several thousand years old, where lie the remains of mythical heroes. And the standing stones and stone circles, linked to the mysteries of the druids. Here are just some of the sites where the veil between the real and the fantastical is drawn thin. 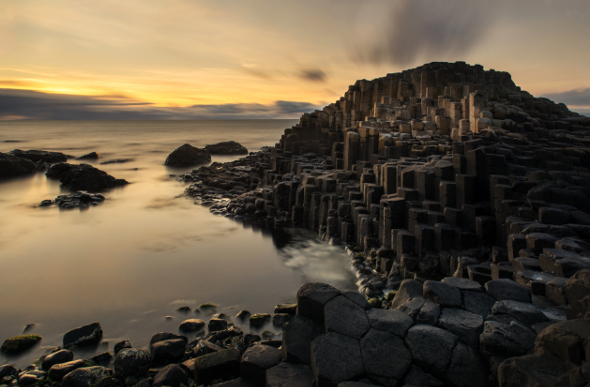 The mighty Irish giant Finn McCool (Fionn mac Cumhaill) has performed feats of daring and cunning all over the island, but perhaps his most legendary exploit is the Giant’s Causeway. Interlocking hexagonal columns jut up from the water, fitting together almost perfectly, in this stunning coastal rock formation in Northern Ireland’s County Antrim.

The story goes that Finn was having a spat with the Scottish giant Benandonner across the sea. Finn grabbed chunks of the Antrim coast and threw them into the sea to form a path to Scotland. It backfired when Benandonner chased him back across the causeway, and Finn only escaped because his wife disguised him as a big baby. Today it is the only World Heritage Site in Northern Ireland, and a designated Area of Outstanding Natural Beauty. 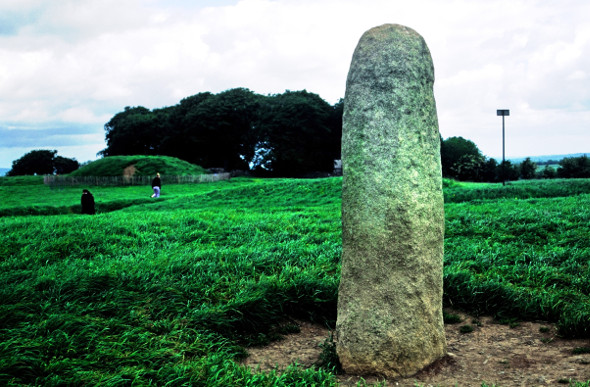 Near the River Boyne in County Meath is the Hill of Tara, the seat of the High Kings of Ireland. Atop the hill stands the Stone of Destiny (Lia Fail). It is said to have been brought back from the underworld by the Tuatha De Danann (an Irish race of gods) and that the stone itself shouted when the true High King touched it.

Finn McCool also popped up here, preventing the fire-breathing god Aillen from burning a palace to the ground by killing him with a magic, red-hot spear. The spot was revered by Neolithic people as a dwelling place of the gods. Another story goes that St Patrick visited Tara first on his mission to Ireland, to confront the ancient religion at its most powerful site.

Today, the site is an archaeological marvel, containing several ancient monuments, and the remains of a late Stone Age passage tomb. The visitor centre has an audiovisual show, and guided tours.

Everyone wants to be Irish: Cheers To 10 Legendary Patty's Day Outfits

Conjuring the past: Where Yeats Spoke With Ghosts 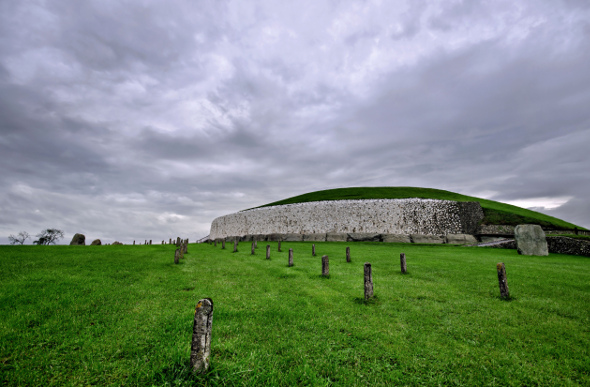 Older than Stonehenge and the Pyramids, the Newgrange passage tomb was built during the Neolithic period around 3,200 BC. It sits in the Boyne Valley, not far from the Hill of Tara, and is considered a place of astrological, spiritual, religious and ceremonial importance.

The monument is a large, circular mound, with a stone passageway and chambers inside, ringed by 97 decorated kerbstones. It is part of a complex known as Bru na Boinne, which also includes the Knowth and Dowth monuments, among others. It was engineered so that sunlight could enter the chamber at dawn on the Winter Solstice, bathing it in a golden glow.

Today it is a World Heritage site and a lottery is held to decide who can enter the chamber during the Winter Solstice to see the light show, attracting more than 30,000 applicants each year. 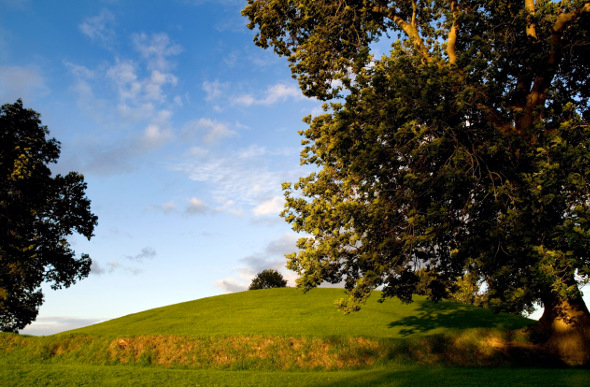 Navan Fort was the seat of the Ulster Kings. Picture: Getty Images

On a par with Tara, the Navan Fort (Emain Macha) in County Armagh, Northern Ireland, was the seat of the Ulster kings, and central to the Ulster Cycle of Irish mythology, which features the exploits of the great Irish warrior Cu Chulainn; along with King Conchobar McNessa; Queen Maeve (Medb) and Deirdre of the Sorrows, the most beautiful woman in Ireland. And it was founded by a goddess – Macha.

Today the site consists of mounds, ditches and the banks of the fort. The Navan Centre brings the past to life with a replica Iron Age dwelling, audiovisual show depicting the myths and legends, archaeology room and guided tours. 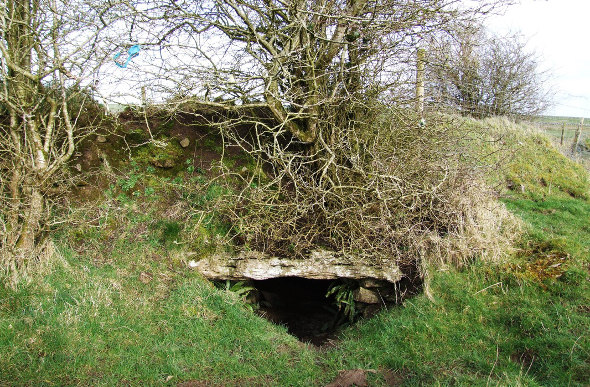 The opening to another world? Picture: Rathcroghan Visitor Centre

Another royal site, Rathcroghan (Rath Cruachan) in County Roscommon was supposedly the seat of the warrior Queen Maeve (Medb), and the Connacht Kings. There are more than 240 archaeological sites at the complex – the oldest and largest unexcavated royal complex in Europe.

One of these, the legendary Oweynagat (Cave of the Cats) – essentially a hole topped by a large stone – was regarded as an entrance to the otherworld, or a hellmouth according to Christian scribes. Another monument, the Rathcroghan Mound remains an enigma.

These days you can visit the Rathcroghan Visitor Centre in the medieval village of Tulsk, which has exhibitions on the stories, archaeology and history of Connacht’s royal capital. 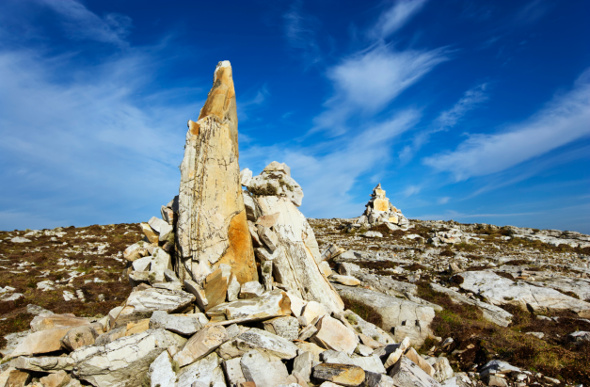 Off the coast of Donegal, the remote Tory Island (Toraigh) is wound around with mystery. It was said to be the stronghold of Balor of the Evil Eye, a giant with a huge eye in the middle of his forehead that unleashed fire and destruction when opened, and which no army could withstand. To reach Balor’s fort (Dun Bhaloir), on the island’s eastern side, you must cross a narrow isthmus defended by earthen embankments.

‘Balor’s soldiers’, rocky pinnacles, guard the spur known as The Big Key (Eochair Mhor). Nearby is The Wishing Stone, a flat-topped rock that traditionally granted a wish to those crazy enough to step on to it. There are also the remains of a sixth-century monastery and a rare Tau Cross on the island.

These days, you can catch the ferry to Tory Island, which through its remoteness has preserved remnants of an ancient Gaelic culture, including the appointment of an island king, or Ri Thorai.