Yuletide Treats Around The Globe

Yuletide Treats Around The Globe

While everyone may celebrate the holidays in their own special way, many cultures have one festive tradition in common – food. Here's a look at some deliciously sweet treats around the world guaranteed to make your holiday season just a little more tasty. 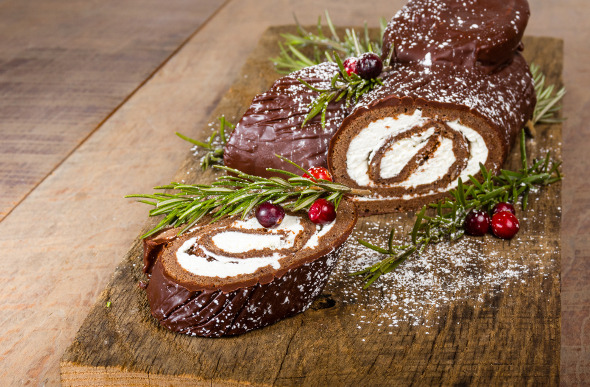 Translated to 'Yule Log', this French dessert is often compared to a Swiss roll. It's traditionally made of light sponge with butter cream icing inside with chocolate icing on the outside. Extra festive versions feature a cut off end set atop the cake and iced to look like a cut off tree branch. It's then often finished with a light dusting of powder sugar to resemble snow. 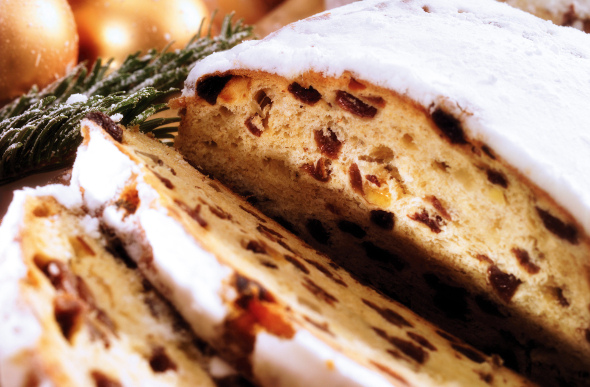 This German sweet bread is traditionally eaten through the Christmas season, brimming with chopped candied and/or dried fruit, nuts and spices. This includes raisins, almonds, cinnamon and cardamom. Some versions top the bread with marzipan and a light dusting of sugar for a little extra sweetness. 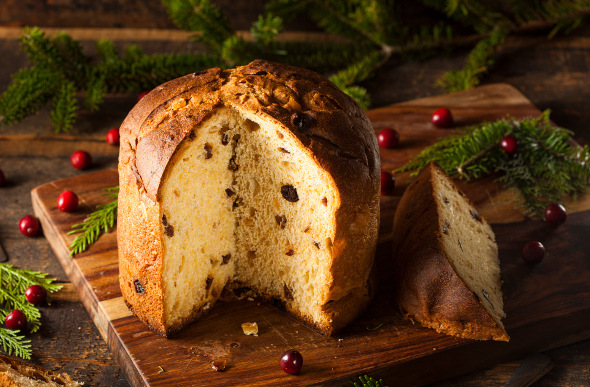 Another sweet bread recipe, Panettone originated in Milan. It has since spread across the globe and features at the Christmas table in countries all over the world. Traditional recipes feature a cylindrical shape containing candied orange or lemon zest with raisins. Some will also contain chocolate. 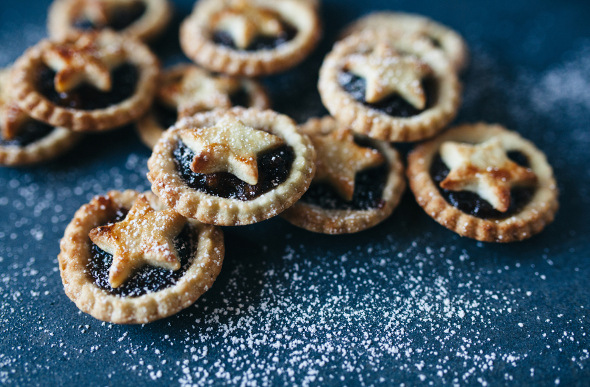 Like fruit cake is to the US, Mince Pies are to Australia. No one really likes them but they're everywhere come Christmas time. They originated in England and contrary to what the name suggests, it is a sweet pie made of dried mixed fruit, brandy and various spices. 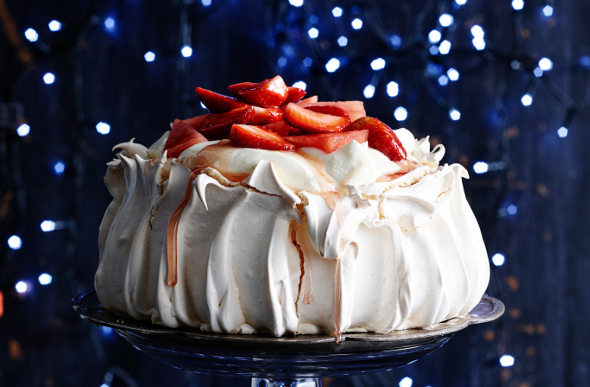 A perfect pav has a crunchy outside and soft, creamy inside (Image courtesy of Getty)

All right, this one isn't strictly a holiday dessert, but it is commonly featured at the Christmas table in New Zealand (and Australia). It's a meringue-based 'cake' with a delicate crust protecting a light and fluffy interior of sweet deliciousness. It's often covered with fresh cut fruit, including strawberries and kiwi fruit. 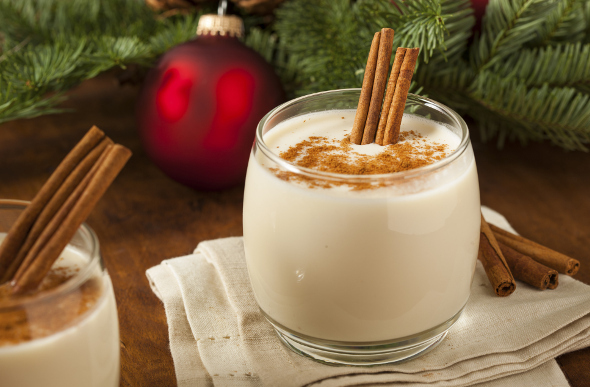 There are plenty of Christmas treats commonly served throughout the US, from cookies to pies, but almost everyone looks holds out for Eggnog. This nectar of the gods is only sold during the holiday season. It's made of milk, cream, whipped eggs, sugar and spices. Adult versions also feature a stiff shot of brandy, rum or bourbon.

Looking for other global holiday celebrations? Brrrilliant Snow & Ice Festivals Around The World

Or right here in Australia? Where To Celebrate Christmas In Australia 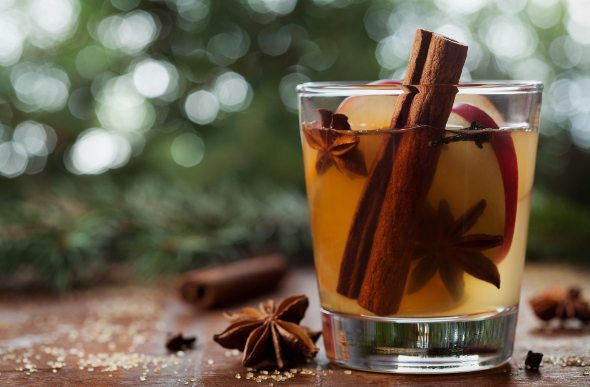 When the snow starts to fall in Canada, nothing warms the soul like a steaming cup of apple cider.  Not to be confused with its alcoholic counterpart found here in Australia, Apple Cider in North America is an unfiltered, unsweetened apple juice often served piping hot.  Mulled versions are also served with the delightful addition of cinnamon, orange peel, nutmeg, cloves and other spices. 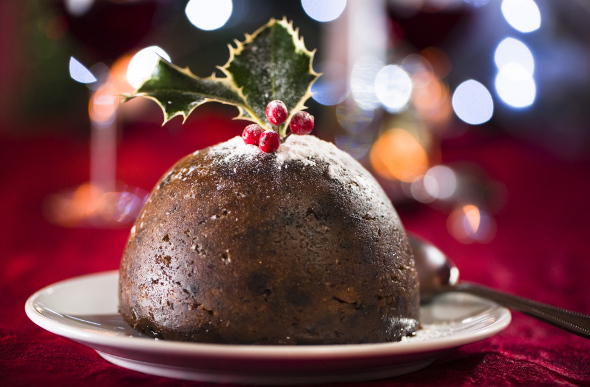 An undying symbol of the holiday season in Britain, the Christmas pudding is known by a few names. Whether you call it plum pudding or just simply 'pud', it's a dense boiled cake with dried fruit and various spices. Recipes are handed down through generations, some featuring treacle, molasses, citrus juice or brandy. Many top it off with a sprig of holly as a little festive decoration. 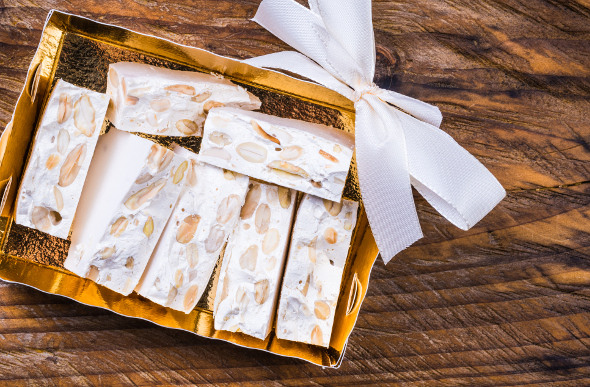 Turron is Spanish for nougat, and it's a favourite Christmas confectionary throughout this European culture. It's commonly made of honey, sugar and egg whites, mixed with toasted almonds, pine nuts or hazelnuts. You can get it hard and crunch or soft and chewy, depending on your preference. Either ways, it's served in small bite size pieces, perfect for popping in your mouth while you celebrate! 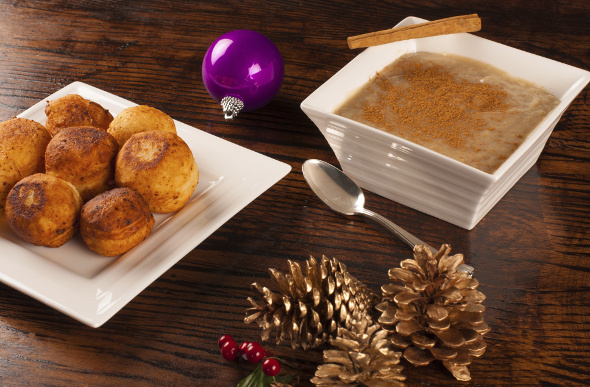 A little bit sweet and a little bit spicy, this Colombian pudding is a popular Christmas treat (Image courtesy of Getty)

Colombians get into the spirit of the season with Natilla. This custard is eaten with bunuelos and manjar blanco (fried dough balls and pastry filling). It's somewhat similar to flan, made of milk, brown sugar and cinnamon sticks. Some recipes also call for shaved coconut or raisins to add a dash of extra flavour. 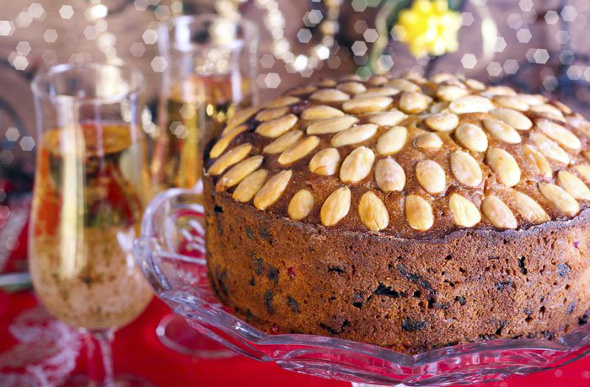 Named after the Indian city of Allahabad, this Christmas cake is a traditional rum fruitcake. It is cooked and served during Christmastide by the Christian population of Hindustan. While you may be thinking of a North American fruit cake, this version sets itself apart with the addition of marmalade, nuts, ginger and fennel. 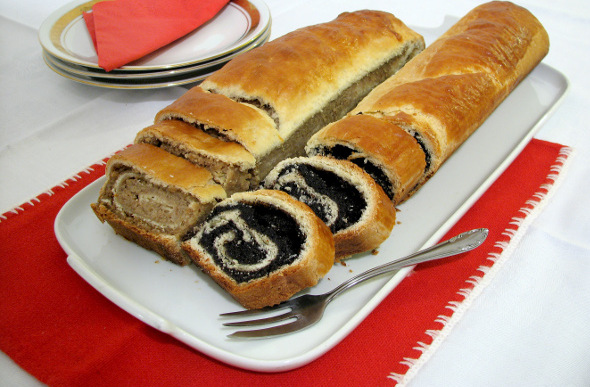 On the left: walnut paste. On the right: poppy seed paste (Image courtesy of Wikipedia)

This traditional Polish treat is best described as something like a poppy seed Swiss Role. Sweet yeast bread is wrapped around a dense, bittersweet poppy seed filling; though, some variations swap poppy seeds out for walnuts. 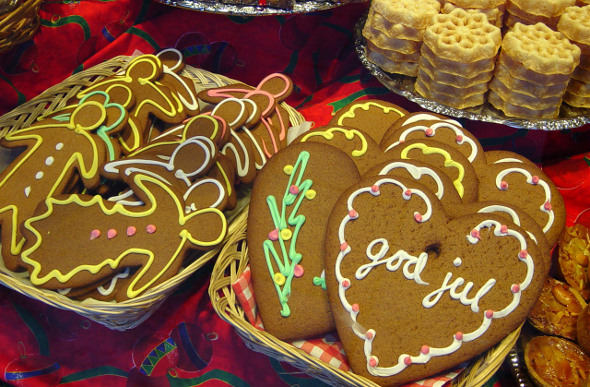 Who doesn't love a little gingerbread at Christmas? (Image courtesy of Getty)

It wouldn't be a Christmas treat list without gingerbread! In Sweden, these traditional biscuits are thin and crispy, spiced with ginger, cinnamon and cloves. They are generally cut into basic shapes such as love hearts or stars, with some accented with royal icing decorations.