How To Onsen With Confidence

How To Onsen With Confidence

The Japanese had been visiting the mountains on short breaks for hundreds of years before someone put two planks on their feet and discovered the joys of downhill skiing.

For us Westerners, the tradition of bathing in public may seem a bit confronting, and the rituals a little confusing, but after several visits to Japan I am now a huge fan. There’s something hugely restorative and relaxing about soaking in hot water that’s been pumped into your bath from a nearby geothermal spring.

If you’re visiting Japan to ski, it is pure bliss to soak away the aches and pains collected during the day on the slopes, surrounded by falling snow, with a view of the mountains.

But there are rules, and out of respect for your fellow bathers, these should be observed. For the uninitiated, here are the unspoken onsen rules: 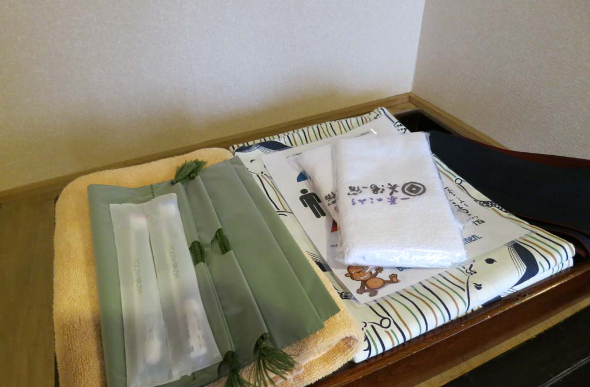 Before you even enter, it’s important to know that tattoos are not allowed inside the onsen, so if you’ve got a work of art on your arm, sorry, you’ll have to bath privately. Tattoos are a sign of the Yakuza and they are frowned upon.

In your room you’ll find a yukata (robe), and a modesty towel. It’s best to undress and put on the yukata before setting off for the onsen. Make sure you wrap the left section over the right, and then tie the sash around your waist.

Sometimes you’ll also be provided with sandals, socks and warm padded over-robes to keep you warm and toasty if you want to explore public baths outside the confines of your hotel.

Now - first thing to understand is that (of course) public baths are single sex. A red curtain signifies the female onsen, blue for male. Not too hard to remember, but sometimes the baths are alternated (to share the view maybe?) so pay attention. 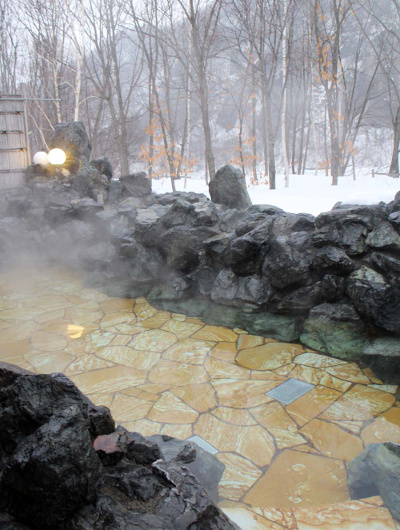 Outdoor onsen are for the confident (Image: Deborah Dickson-Smith)

Once you’ve entered, undress completely before you enter the bath area (no swimmers allowed). Baskets are provided to put your clothes in, slotted neatly into shelves on the wall.

Wash first, using lots of soap and your wash towel, while crouching or sitting on the small stools provided (don’t stand). Most of the locals I observed spent a good deal of time on this, literally scrubbing their skin until it was pink.

Use the wash towel for modesty when walking, don’t swan around like a supermodel. Behave with as much modesty as you can muster whilst completely naked and ease yourself into the water (don’t splash or dive).

Place the modesty towel on your head while in the water. Don’t wring out your towel into the bath or let it touch the water.

Don’t swim – the bath is meant for quiet soaking and contemplation.

Go there at cherry blossom time. The Best Places In Japan To View Cherry Blossoms

Shibu Onsen, near the ski resorts of Nagano, is around 1300 years old, and wandering through its cobbled streets is almost like stepping back in time.

The narrow lanes are great fun to explore, and if you’re staying at one of the local traditional inns or Ryoken, you’re given a key to all the village’s onsen (public baths). 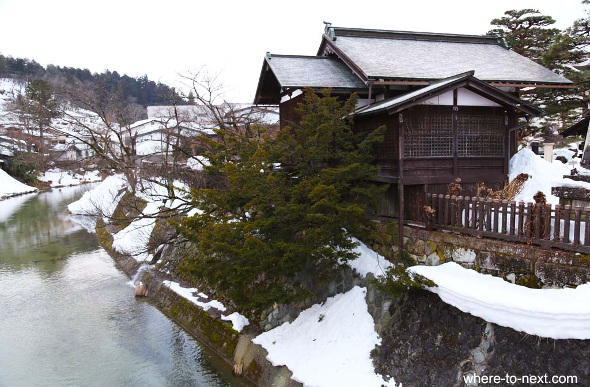 The historic onsen town of Takayama has a large number of beautiful traditional inns (ryoken) to choose from, some with as many as three onsen inside, and a selection to explore along cobbled streets in the town as well.

It’s strange to see people walking through the snow in their bathrobes and sandals, so warm from soaking in the hot springs they don’t feel the cold.

The hot springs of Gero have been known and used for their recuperative properties for over a thousand years. The Suimeikan Hotel, overlooks the Hida River and has a choice of three large onsen per gender. 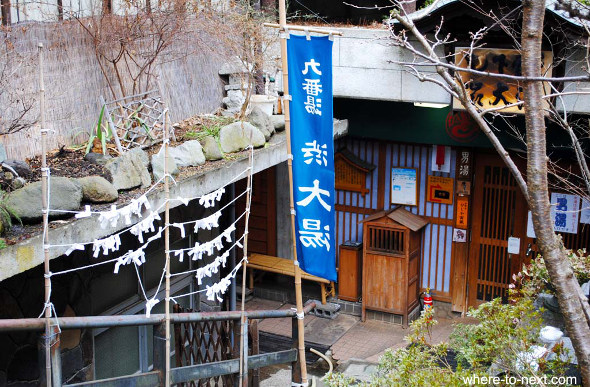 One on the top floor with rather glorious views of the town and surrounding mountains, another on the third floor (my personal favourite), lined with timber and with a very large pool, and a third outdoors onsen on the ground floor.

If you’re game there’s also an onsen down on the riverbank.

If you’re visiting the nearby ski fields of Hakuba or (even closer) Shiga Kogen, you really should not miss the opportunity to visit the snow monkeys at Jigokudani Yaen Park. The monkeys keep warm in the winter months by soaking in pools of steaming hot spring water, their own little onsen.