Late March to early May is when the magic happens. When the warm embrace of spring clears that lingering winter chill, soft pink petals envelop Japan's green spaces. Nature at its prettiest and purest is cherry blossom season.

Also known as sakura, cherry blossoms draw flower lovers from all over the world for hanami festivities. Literally translated as 'flower viewing', hanami has been a festive affair for centuries.

Hanami began in the Nara Period (710-784), with the admiration of ume (plum) blossoms. Later, sakura became a cultural symbol of Japan during the Heian Period (794-1185). It was believed gods existed in the foliage and hanami celebrations included sake appreciation and offerings placed at the trees to help the year's rice harvest. 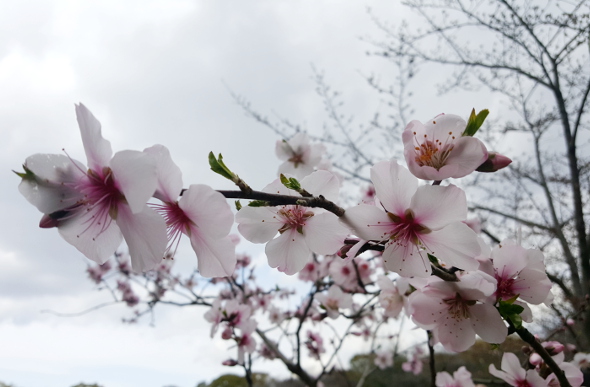 Today, hanami has evolved into a raucous celebration involving bento box picnics and copious amounts of sake beneath the blooms, from sun up to sun down.

I fortuitously found myself in Osaka in late March. Osaka, in the Kansai region, is arguably one of the best places in Japan to view this floral phenomenon. I spent a portion of the flight imagining strolling beneath the rosy glow of sakura with a matcha soft serve in one hand, camera in the other.

All eyes were on the prize. My bloomy quest began in Kyoto, a charming city known for its geiko and maiko (geishas); delicately plated food; and sprawl of temples and Shinto shrines. A fun fact: there are over 1,600 Buddhist temples in Kyoto alone. 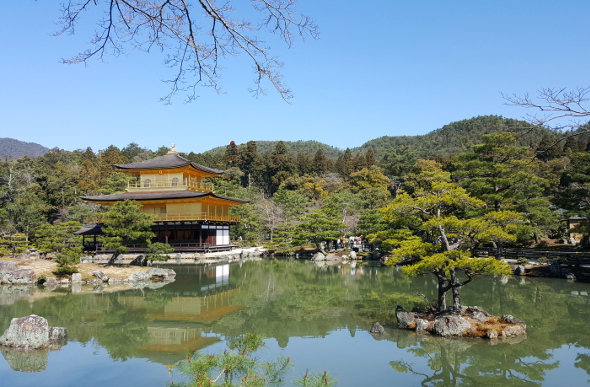 Green and serene: the grounds of Kinkaku-ji

My starting point was one of Japan's most stunning temples: Kinkaku-ji, or, the Golden Pavilion.

Photos don't do this gleaming temple justice. Brilliantly golden, Kinkaku-ji is surrounded by a glassy lake and tranquil grounds. But alas, no cherry blossoms; just some vending machine fortunes and a few sakura flavoured treats, including spongy-soft mochi.

That's the other thing, when cherry blossom season nears, stores fill with sakura goodies, from macarons to ice-cream; Starbucks specials to Kit Kats.

Undeterred, I continued on to Kyoto's famous Philospher's Path. Named after the commute of Japanese philosopher, Nishida Kitaro, the path is a scenic canal-side walkway connecting many of Kyoto's temples. 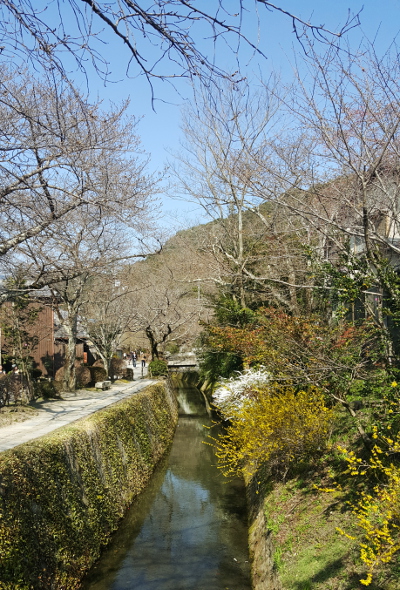 The Philosopher's Path is beautiful at any time of the year

From the Zen grounds of Jisho-ji (also Silver Pavilion or Ginkaku-ji), to the ethereal setting of Honen-in, I passed one lone cherry blossom in bloom. It seems I arrived a tad too early to the party.

Nevertheless, the Philosopher's Path is a must-visit on any Kyoto itinerary. Roughly two-kilometres, you could easily spend hours wandering this path, drinking in the quaint atmosphere and visiting the temples dotted alongside it. The beauty of the area will clear any temple fatigue right up.

Is this the cutest place on earth, or at least in Japan?

Also seeking Sakura? These destinations are the best places to visit

After a fruitless (or is that, bloom-less?) search in Kyoto, it was time to head back to Osaka, with only a day to spare to hunt down these mysterious flowers.

I made a beeline to Osaka Castle Park, a serene escape from the chaotic concrete jungle. Think fountains, lush lawns and fruit tree groves surrounding the looming Osaka Castle. It's impressive, to say the least, and I can only imagine how magical it would look when surrounded by an explosion of flowers. 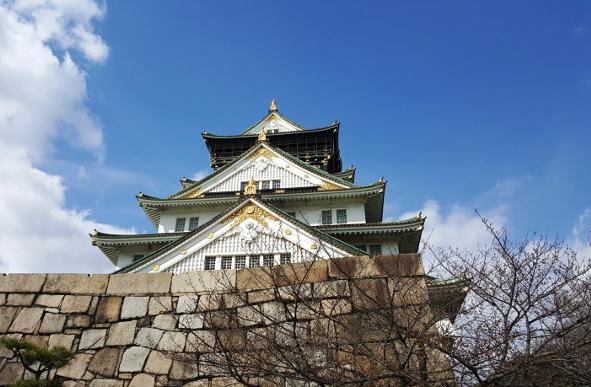 Osaka Castle in all its glory

Mother Nature's eye candy eluded me once again, save for a few lone sprigs where overzealous blossom-hunters (ahem, not this one) jostled for macro shots.

Finally admitting defeat, I took my matcha swirl soft serve cone and called it a day. Then, there it was – a blush-coloured spectacle on the fringes of Osaka Castle Park. So while hoards of keen flower-spotters were hovered around a few springs near Osaka Castle, I miraculously had a whole grove to myself!

Now that is the sweet smell of success (and sakura). 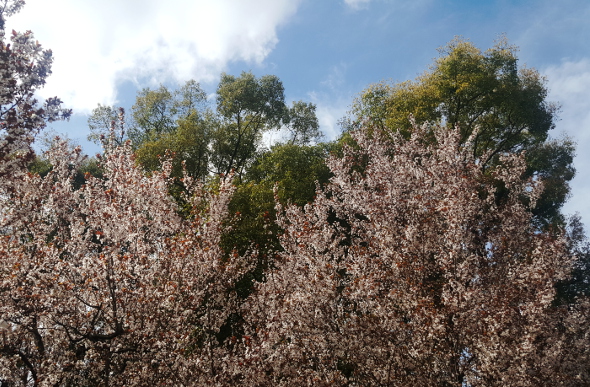 While the season lasts between late March and May as a general rule, hanami peaks for only a couple of weeks. Much like the snow or surf season, media outlets in Japan dedicate a portion of their coverage during this time to report on the sakura schedule.

Kansai, which includes Kyoto, Kobe and Nara all turn on the pale pink charm, though the best spot in western Japan is Osaka. In Tokyo, you only need follow the flock of thousands to Ueno Park. Up north, Sapporo is the last major city to enjoy this natural spectacle, with the best spot at Maruyama Park, with more than 1,700 Hokkaido cherry trees.

View the flowers, take photos in front of flowers, eat flower-themed treats and toast the flowers with sake!