Today, Irish revellers around the world will dress in green and drink a pint or two of Guinness in honour of their patron saint, St Patrick. Legend has it that St Patrick introduced Christianity to Ireland in the fifth century; he also famously used the three leaves of the Irish clover or shamrock as a symbol of the holy trinity. Although there are fantastic St Patrick’s Day parades everywhere from New York to Sydney, nothing can compare to the festivities in the Emerald Isle where it all began.

Here’s our pick of the best places to celebrate St Patrick’s Day in Ireland. 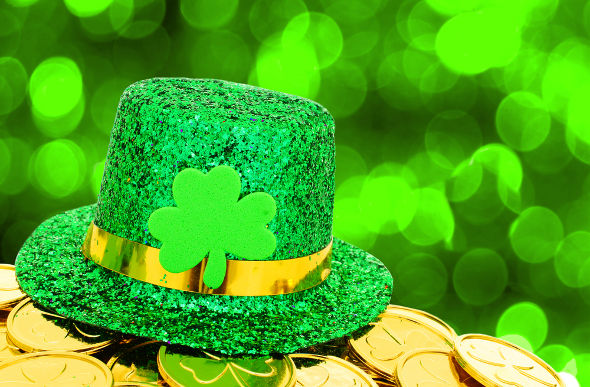 Dublin
The king of all St Patrick’s festivals takes place in Dublin. This year, hundreds of thousands of people will take to the streets for a four-day extravaganza including a fun treasure hunt through the city, walking tours, street performances, guided pub crawls, and an evening light show where many iconic landmarks will be turned green. The main spectacle is Dublin’s famous street parade, which this year is themed ‘Let’s Make History’.

Galway
Galway is a popular alternative to Dublin for those keen to celebrate St Patrick’s Day in a more laidback fashion. This smaller coastal city is renowned for its dynamic arts culture and this is reflected in the St Patrick’s Day celebrations. The theme of Galway’s 2014 parade is ‘The Sea’, celebrating the city’s long connection with the ocean. Filmmaker Kamil Krolak will be creating a cinematic tribute to the city’s vibrant spirit, and there will also a number of dance and martial arts displays.

Belfast
The theme for Belfast’s 2014 carnival parade is ‘St Patrick – to the Future’, where the great saint is re-imagined as an adventurous time traveler on a colourful journey into the future of Belfast. Following the parade, a free concert takes place in the city centre. The all-star performers this year include previous winners of the UK X Factor, as well as high-energy Irish folk musicians who are sure to get the crowd dancing.

Kilkenny
Kilkenny is one of Ireland's most beautiful historic cities, home to magnificent 800-year old Kilkenny Castle and picturesque winding streets paved in limestone. Just 90 minutes drive south of Dublin, the city is renowned as an arts and culture hub and attracts many excellent Irish and international musicians as part of its St Patrick’s Day festivities. There will be a number of events taking place in the city’s pubs and eateries, in the grounds of Kilkenny Castle and even inside the castle itself.

Madeleine has traveled extensively through Europe, Asia and the Caribbean. You might find her climbing a volcano, wandering through an art gallery, sailing across the Atlantic Ocean, or lazing under a palm tree with a good book.
more articles from this author