Sitting in a limelight like no other Latin American destination, the 7th New World Wonder of Machu Picchu is undoubtedly the major draw card to the South American continent for many travellers the world over. Visitation to the archaeological ruins has increased 7-fold over the past 20 years, as today over 1.2 million tourists make pilgrimage to the site every year.

Machu Picchu is a testament to the last dominant pre-Colombian civilisation of Peru - the Incas. But did you know that the Incas governed for only the last few hundred years prior to Spanish conquest and colonisation? Prior to this, many accomplished and vibrant civilisations ruled the vast territories of Peru – such as the Chavin, Wari, Nazca, Chimu and Paracas people. Such civilisations left a fruitful cultural heritage and a plethora of artefacts behind in their footsteps, ultimately leaving Machu Picchu as just the very tip of Peru’s rich archaeological iceberg.

Here we uncover 4 of Peru’s lesser-known regions for archaeological ruins that are off the beaten tourist track and that will leave you in a state of awe. 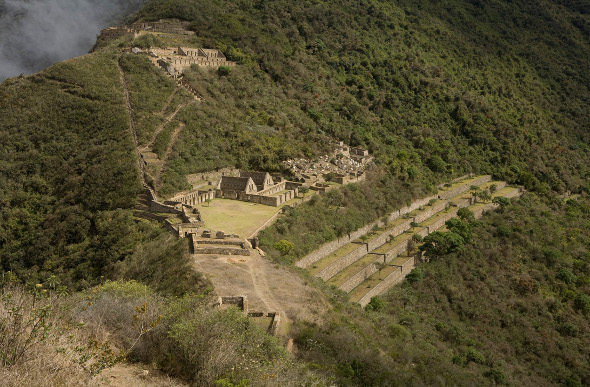 Recently dubbed as the number one regional destination for 2017 by Lonely Planet, the Peruvian archaeological ruins of Choquequirao is a remote treasure whereby travellers can appreciate the history and legacy of the Incans, the surrounding mountains, flying condors and the Apurimac River in tranquillity. Located on the border the Cusco and Apurimac districts, the archaeological ruins of Choquequirao largely fall in the shadow of the world-renown Machu Picchu, which is also located within the district of Cusco. Perhaps a blessing in disguise, lesser-known Choquequirao lies off the beaten path and demands a 4-day trek and overnight camping in order to arrive to the site. The archaeological site, which was built by a remote Incan community between the 15th and 16th centuries, was used for public and ceremonial purposes. Visitors making the 4-day trek can expect to see an abundance of flora and fauna, impressive landscapes of the Apurimac River and the splendour of Incan terraces, plazas, chambers and other structures without the crowds otherwise founds at Machu Picchu. 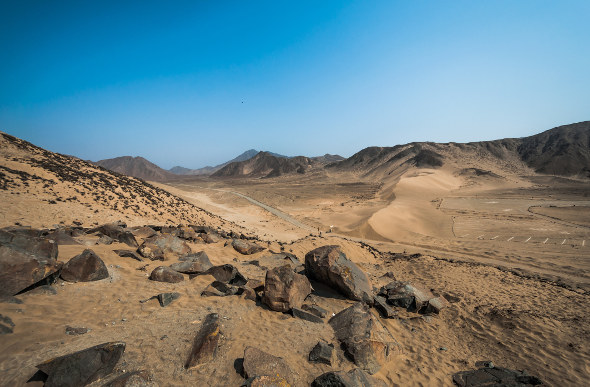 The Caral Valley feels worlds away from the lush mountain ruins of Machu Picchu. (Image: Getty)

Just 200 kilometres north of Peru’s capital, Lima, lies the most ancient sacred city of the Americas and the cradle of civilisation of the Americas – Caral. With historical roots reaching back more than 5,000 years, the pyramid city is recognised by UNESCO as a World Heritage Site. Situated on a dry desert terrace overlooking the green valley of the Supe River, Caral was the centre of life the Chico civilisation of Supe. The site is well preserved and boasts a variety of structures, including six large pyramidal structures, temples, an amphitheatre and sunken circular plazas. There is clear evidence of ceremonial functions, complex agricultural practices and record keeping, signalling the development and complexity of Caral society. 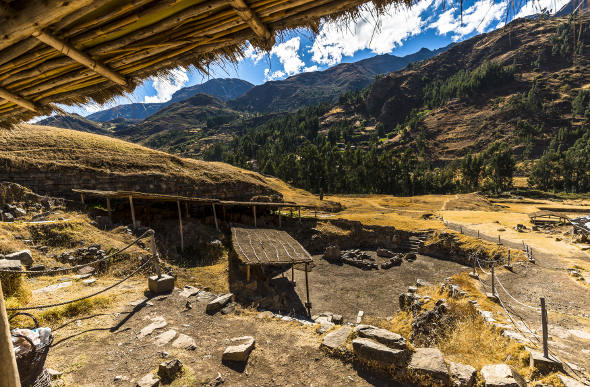 A former pilgrimage destination in the Andean religious world, Chavin de Huantar is situated in the highest tropical mountain range in the world. (Image: Juan Puelles)

Located in the Peruvian department of Ancash among a high valley of the Peruvian Andes, sits the UNESCO World Heritage Site of Chavín de Huantar. This archaeological complex was built in 1400BC and gave its name to the Chavin culture that developed in the region between 1500BC and 500BC. The site was an important centre of ideological, cultural and religious convergence and dissemination around a cult spread over a wide territory of the Andes. As a former place of worship, it was a ceremonial and pilgrimage centre of the Andean religious world, where people came to make offerings to the gods. The site’s ruins include coated quarried stone buildings, artificial terraces around plazas, anthropomorphic and zoomorphic symbolic iconography, as well as a Tello Obelisk amongst other artefacts. A visit to the complex includes a tour through some of its passages and plazas. There are various means of arriving to the ruins, one of which is trekking through the stunning Huascaran National Park, the highest tropical mountain range of the world. 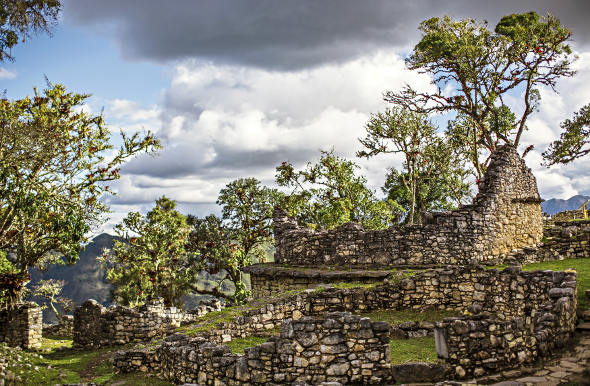 Located in northern Peru among high-altitude cloud forests, the town of Chachapoyas or ‘Chacha’ as it’s affectionately known, was home to the pre-Incan culture of the same name. The civilisation dates back to 750-800AD and were often called ‘warriors of the clouds’. Today the town has a bustling market and provides an excellent base for exploring various close-by ancient ruins left behind by the Chachapoyas civilisation.

Of all archaeological sites in the region, Kuélap is the most famous and the largest pre-Incan ruins in South America. Sitting 2.5 hours southwest of Chachapoyas town and at the crest of the Amazonian Andes, the site is an ancient stone city with fortified walls of up to 20 metres high. The walls were designed to defend against other people, however like many other great pre-Incan civilisations, they were conquered by the Incas. 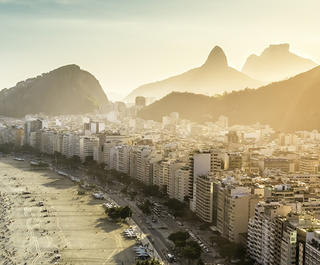 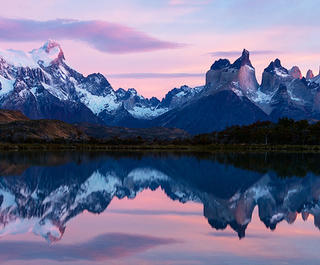 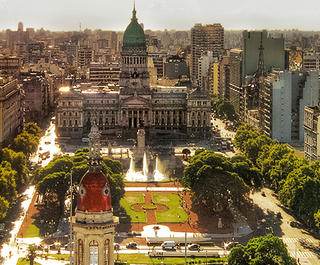