Tweet
Read Time: 4.4 mins
A moody landscape pockmarked with misty ruins and entwined with Celtic and Viking heritage, Northern Ireland has provided the evocative backdrop of the popular HBO series, Game of Thrones (GoT), doubling as Westeros for some of the most memorable scenes from the past seven seasons.
With the final season scheduled to air in 2019, the legacy lives on with news of a prequel series, tentatively titled The Long Night. Fans need not wait for the greenlit project to tour the locations that brought George R.R. Martin’s fantasy series to life. County by county, hire a car and spend a few days exploring the Seven Kingdoms from The North to Dorne and witness the magic of Westeros in Northern Ireland. 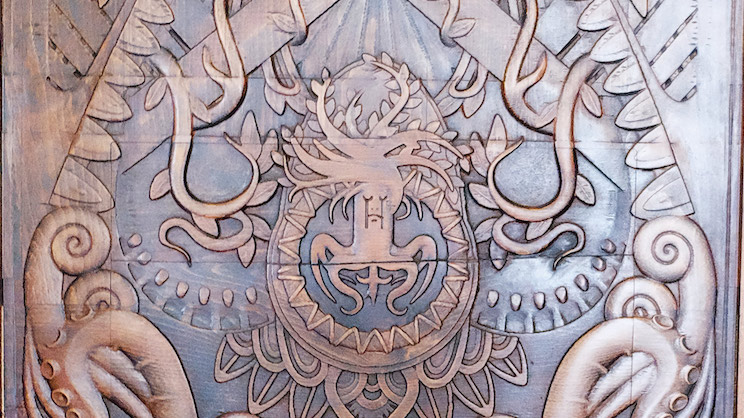 In January 2016, Storm Gertrude swept through Ireland, uprooting some of the famous trees of the Dark Hedges. The fallen trees were salvaged and transformed into 10 carved doors referencing scenes and symbols of the House of Westeros from Season Six. The doors are now hung in pubs and restaurants near important filming locations across Northern Ireland. Visitors can pick up a souvenir GoT passport and collect a unique stamp at each location.

Probably the most-photographed location in Northern Ireland, the Dark Hedges is a beautiful avenue of beech trees planted during the 18th century by the Stuart family to impress visitors at the entrance
of their grand mansion, Gracehill House. On the show, the location was used as the backdrop for The Kingsroad when Arya Stark managed to escape King's Landing disguised as a boy in season two. The trees might have only been onscreen for a few seconds, but the location has since become a pilgrimage site for fans.

Found along the Antrim coast, these caves were formed over 400 million years of extreme weather conditions, making the perfect setting for the harsh Stormlands. It’s where the Red Priestess Melisandre (“For the night is dark and full of terrors”) gives birth to Stannis Baratheon’s ‘Shadow Son’, the supernatural assassin in season two.

This disused quarry has served as the filming locations for The Wall, North of the Wall at Hardhome and parts of the King's Landing's defences during the Battle of Blackwater Bay, but most noticeably as the primary headquarters and redoubt of the Night's Watch at Castle Black. And 2019 will mark the first time the location will
be open to the public as part of the official HBO project, Game of Thrones Legacy. 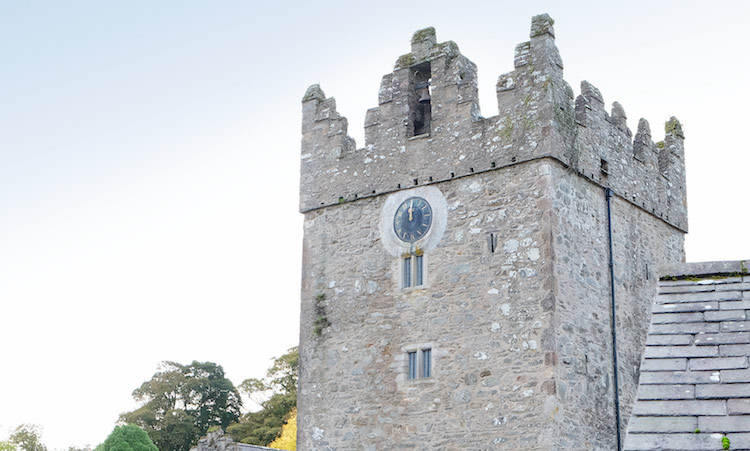 Near Strangford, a small village at the mouth of Strangford Lough, you will find Castle Ward, Audley’s Field and Castle, and Quoile River – locations of the most memorable scenes in the early seasons. Castle Ward appeared as the iconic Winterfell (home of the House Stark), Audley’s Field plays host to the separate camps of Robb Stark’s and the Lannister’s armies, and Audley’s Castle doubles as one of Walder Frey’s Twins.
Further along the lough shoreline is Myra Castle, home to Dreadfort, the seat of House Bolton, which first appeared onscreen in season four.
Quoile River is home to House Tully of Riverrun and the setting of Hoster Tully's Viking Funeral in season three. Nestled on the north bank of the river is Inch Abbey, a stunning 12th-century monastery and the dramatic location where Robb and his mother, Catelyn, learn of the death of Ned, head of House Stark.
If you select the right dates to visit the Strangford area, you may have the chance to meet two of the actual Stark direwolves. Summer and Greywind, adopted by a local family after appearing as pups in the first season.
The Cuan pub in Strangford was the cast’s choice for accommodation, food and drink while filming the first two seasons. Actors Sean Bean, Lena Headey, Kit Harington and Sophie Turner, just to name a few, made The Cuan their second home and now you can feast on a specially themed Game of Thrones Banquet at the pub.

Located near Newcastle, the site of Northern Ireland’s first forest park opens the pilot episode of GoT with the attack of the White Walkers. It also appeared in the first season as the lands around Winterfell when Ned Stark comes across the orphaned direwolves (the symbol of House Stark) and finds there are as many pups as there are Stark children. And who can forget the ‘bastard of Bolton’ Ramsey hunting Theon Greyjoy in these woods?
Linen Mill Studios, Banbridge
Many scenes have been recorded here, and this site will form part of the Game of Thrones Legacy project with an official HBO studio tour of interactive exhibitions about the visual effects used on the show. 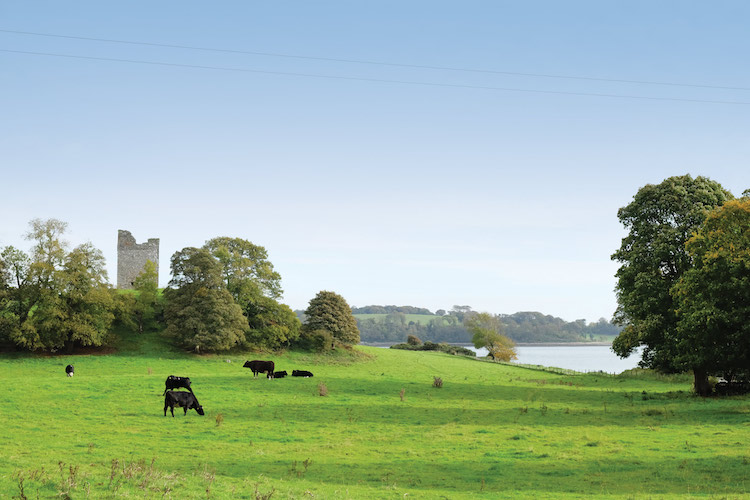 Gosford Forest Park comprises 240ha of diverse woodland and open parkland and is home to Gosford Castle, which has appeared on screen as Riverrun, the former seat of the House of Tully and the location for certain dark events, including the beheading of Rickard Karstark by Robb Stark (‘King in the North’).

Perched dramatically on a cliff overlooking a pristine beach is the Mussenden Temple, an 18th-century circular building better known to GoT fans as Dragonstone, which is visited by Stannis Baratheon and the frequently disrobed Red Priestess Melisandre. In season seven, we see Daenerys Targaryen (‘Mother of Dragons’) land on the shoreline when she returns home to the ancestral seat of House Targaryen.

This beautiful dune-covered stretch of coast was transformed into the sweeping sands of Dorne in season five. After being smuggled into Dorne by a merchant captain, Jaime Lannister and Bronn disguise themselves as Martell soldiers in an effort to reach the Water Gardens to rescue his niece (or is she?) Princess Myrcella Baratheon.

Part of the Marble Arch Caves Global Geopark in Belmore Forest, Pollnagollum Cave is an extensive maze of underground passages fed by a waterfall. The cave is featured in season three as The Riverlands hideout for the Brotherhood without Banners (‘Lord of the Light’), who hold Arya Stark and The Hound captive there.
Northern Ireland Game of Thrones ireland United Kingdom

David loves chasing the sun, dining out at the best neighbourhood eateries, thrill-seeking at theme parks and checking out local craft breweries on his travels. If a trendy food truck and a gig with the hottest band in town is thrown in, even better. 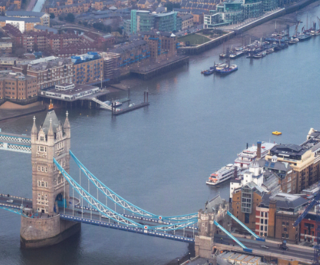 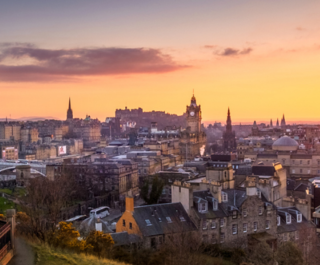 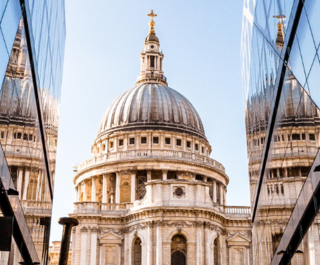 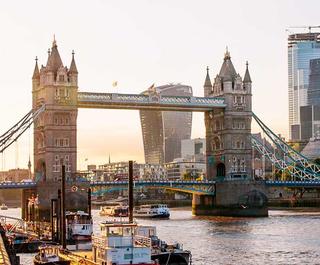 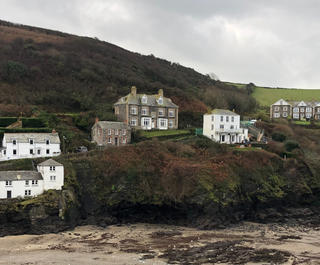