Where The Celebs Are – LA's Best-Kept Secret

Where The Celebs Are – LA's Best-Kept Secret

There's a secret celeb hangout in the hills behind Malibu. You’d have to know about Topanga Canyon… or you’d just drive straight on by the turn-off to it. There’s nothing much to show what’s on offer at Los Angeles’ most top-secret celebrity and hippie hideout but an old store selling chicken stock about halfway between the southern Californian cities of Santa Monica and Malibu on the Pacific Coast Highway. 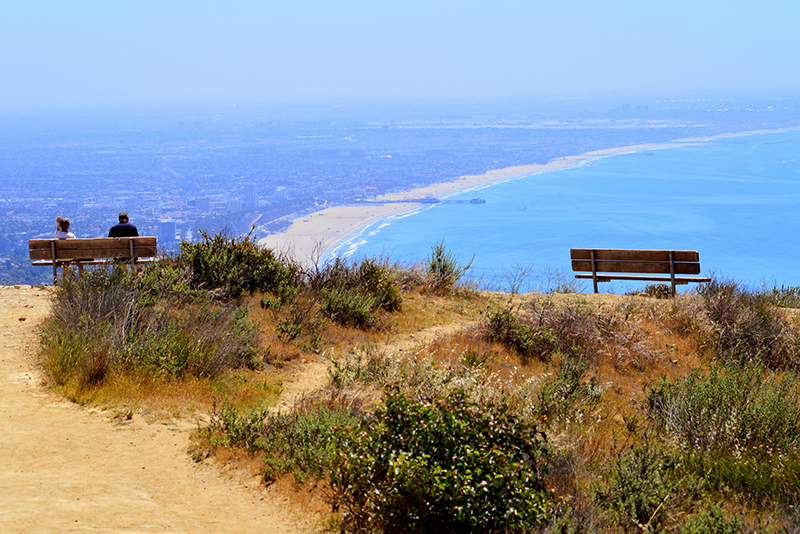 Southern California might be an urban metropolis but at Topanga Canyon, you're in the clear. (Image: Visit California)

But therein lies its secret – no-one seems to know about this place, and yet, so many movie stars and rock icons have lived here. You name them, and they probably had a house there: Humphrey Bogart, Mickey Rooney, Brian Wilson (The Beach Boys) Marvin Gaye, Alice Cooper, Charles Manson, Viggo Mortensen. Jim Morrison – the late singer from The Doors – even wrote a song about the drive to an old bar that was once here ("Roadhouse Blues" – ‘keep your eyes on the road and your hands upon the wheel’… yep, that was written about the drive up to Topanga Canyon). Canadian rock god Neil Young wrote a whole album there – After The Gold Rush (1970). 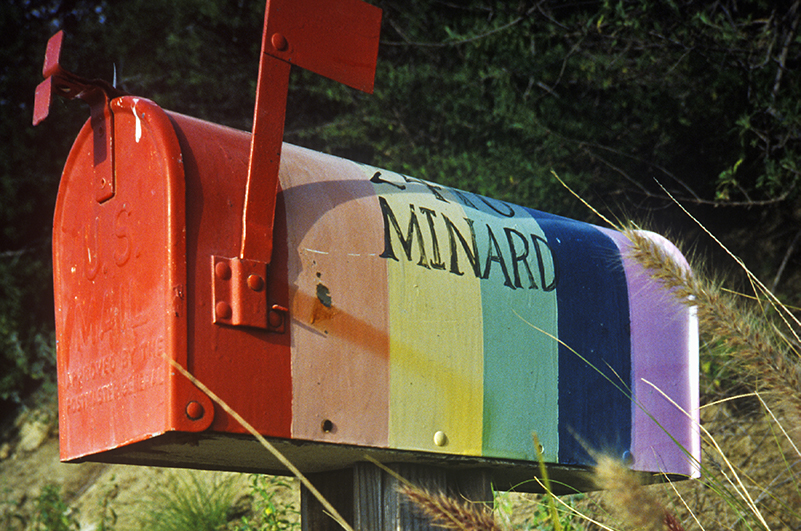 Even the letterboxes in Topanga Canyon are cool, man. (Image: Visit California)

This secret hippie enclave is the perfect antidote to the urban sprawl of southern California. It’s proof you can chill out in the country only 40km from the centre of Los Angeles, and just 15km from Santa Monica. Topanga Canyon is built around Topanga State Park, which is one of the largest open-space preserves you can find anywhere on Earth. It’s the US’s largest metropolitan park.

RELATED: Got stars in your eyes? Here's the celeb hangouts in Santa Monica

Bobcats, deer and coyotes roam these forests, beside the houses of superstars and restaurants where the likes of Leo Di Caprio come to dine. His favourite eatery (built in 1973) is the Inn Of The Seventh Ray, which has long been a secret celeb hangout. This is a place marketed for 'its angelic vibes' when it first opened and not much has changed in the 45 years since. You can eat outside here beside the gum trees and feel a million miles from LA. 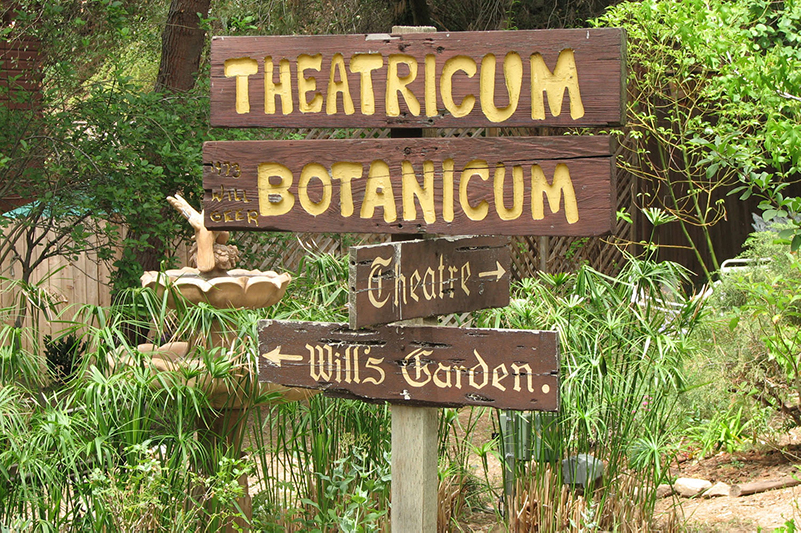 In the 1920s, Hollywood’s very first movie stars discovered Topanga Canyon, then in the ‘60s and ‘70s, Jim Morrison, Neil Young and movie star Dennis Hopper came here to hide from the world. These days, it’s hard to believe that stars live here because the place is so understated – it’s the opposite of Malibu’s mega-millionaire chic, but you don’t have to look far to see Hollywood’s biggest names.

The drive into Topanga from the highway is enough of an attraction in itself. Take it carefully on a narrow road that snakes its way through hairpin corners under chaparral-covered mountains. You’ll reach this alternative lifestyle hotspot in just 15 minutes from the coast. 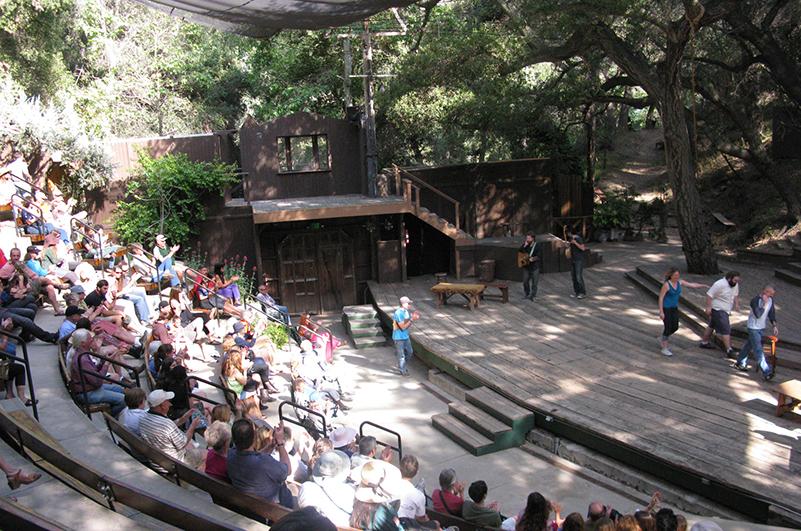 A visit to the local theatre in Topanga might bring you face to face with some famous faces. (Image: Will Geer's Theatricum Botanicum)

There’s not much here – don’t expect any Santa Monica sort of tourist fanfare – instead, you’ll find rustic shops with names like Gorgeous Goddess Wear, which remind me of my childhood in the hills behind Byron Bay.

At my favourite hangout, Cafe Mimosa, a 70-year-old hippie in purple velvet pants and a green felt wizard hat explains the virtues of ‘karma friendships’ to the lady making his green smoothie. Down the road, I see signs for Will Geer's Theatricum Botanicum – an amateur theatre set up by the actor who played Grandpa on TV series The Waltons. It’s an outdoor theatre that raises funds for the town and hosts performances of plays such as Shakespeare’s A Midsummer Night’s Dream where the cast included some of Hollywood’s biggest stars. They also have an annual film festival here that’s worth checking out. 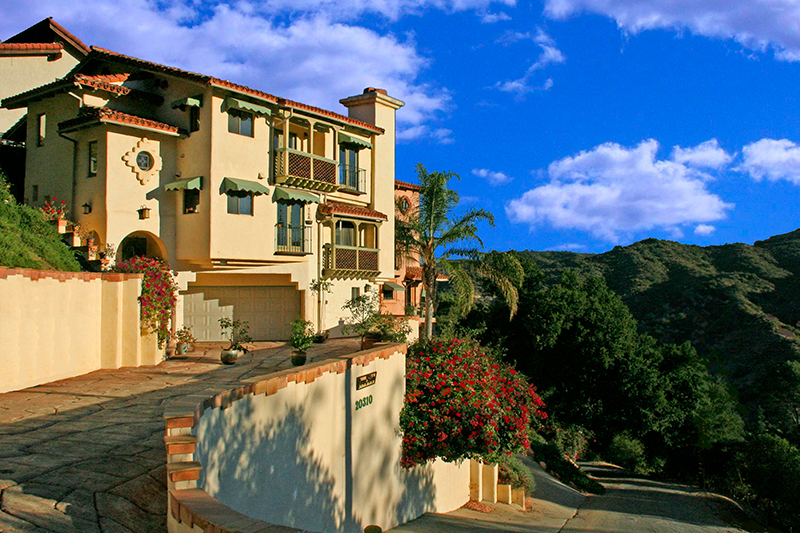 There’s hikes throughout the park, though mostly I prefer just to sit in restaurants and cafes soaking up the chilled-out vibe (and yes, I confess, keeping an eye out for superstars). There’s no hotel chains here, instead it’s best to stay in a peaceful retreat within the forest, such as Topanga Canyon Inn Bed and Breakfast. Or dream of booking out a month-long home for rent in the forest here, the notices for which tempt you as you sit in cafes sipping dandelion tea. 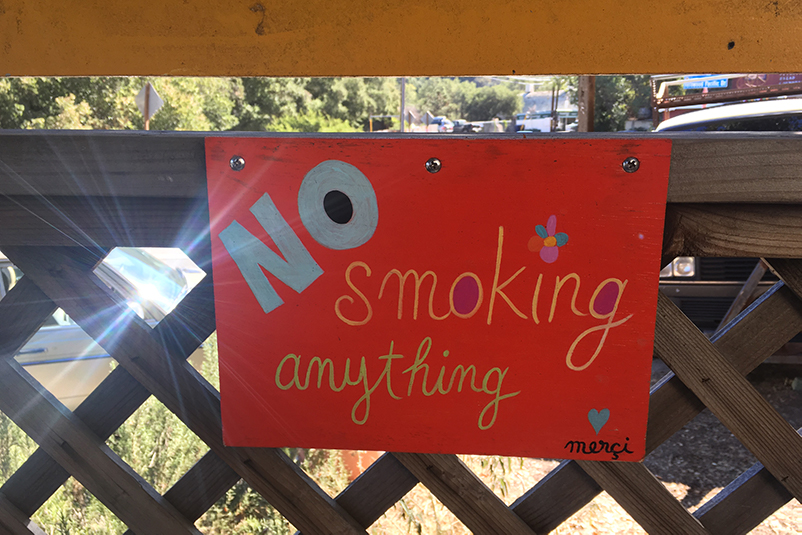 Ready to check out more of California? Check out our deals on sale now!